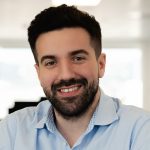 Pérez, who has been with Worldsensing since 2018 and was previously sales manager for Latin America and Africa, is relocating to Guadalajara, Mexico, with immediate effect.

From there he will provide additional coverage to key markets within LatAm, complementing automation engineering expert Leonardo Vidigal Meireles, Worldsensing’s technical sales specialist in Brazil.
Both experts are working to support local Worldsensing partners such as Geosinergia, a Chilean geotechnical and structural instrumentation provider working on major mining projects.

Pérez will also have special responsibility for developing sales in Mexico and other Central American countries, where there is a growing need for remote Internet of Things (IoT) monitoring technology for infrastructure projects such as mines, tunnels and metro lines.

“Given our sector focus on mining and related infrastructure projects, Latin America is a key market for us,” said Matthieu Laville, Senior Director of Global Sales at Worldsensing. “We are delighted that Fernando is moving to Mexico to enhance our presence on the ground in this region.”

Worldsensing already has a solid presence in the Brazilian market, with Worldsensing’s equipment being certified by Brazil’s National Agency for Telecommunications and the company being admitted to the Brazilian Mining Association.

Mexico has an important role in the mining industry. It is the world’s largest producer of silver and one of the top producers of gold, copper and zinc. Separately, the country is home to Latin America’s busiest metro system, the Mexico City Metro, and two more of the top 20 urban transit systems in the region.