In an effort to recognize the individuals and companies that have worked toward successfully completing complicated projects and advancing the microtunneling industry, the Microtunneling Achievement Awards were created in 2002. The awards were established by Microtunneling Short Course organizers Tim Coss, Microtunneling Inc., Levent Ozdemir, Ozdemir Engineering, and Trenchless Technology magazine/Benjamin Media.

These individuals have had impactful careers that have helped make the microtunneling industry what it is today. Leius, Palmer and Tippets have made their impacts on the contracting side, while Lang has helped bring new and improved equipment to the market.

The award winners will be officially recognized at the 26th annual Microtunneling Short Course, which is being held Feb. 4-7, 2019, at the University of Colorado in Boulder, Colorado. The awards presentation will take place at the Banquet Dinner, Feb. 7, at the Boulder Marriott. For more information, or to register, visit http://microtunnelingshortcourse.com. 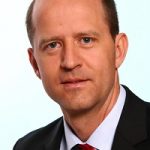 Dr. Gerhard Lang’s background is in civil and mechanical engineering. After working for Herrenknecht as project manager on some traffic tunneling jobs in Europe, he finished his Ph.D. in civil engineering and an MBA in international marketing before he went to work for Amiantit. He returned to Herrenknecht in 2008 as business development manager for the Utility Tunneling division with a focus on the North American market operations. 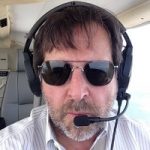 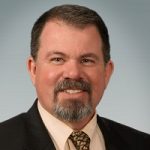 Rich Palmer is the Trenchless Division Manager for Northeast Remsco Construction. He has 35 years of construction experience and is a licensed Professional Engineer. He earned a Civil Engineering degree from Lehigh University and an MBA from Rider College. Palmer is an executive board member of NAMA, was a principal author of the ASCE Guided Boring Manual of Practice, and helped author the microtunneling and pilot tube guidelines for AREMA. He is also a member of The Moles. 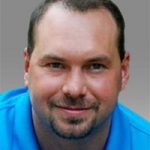 Tippets has more than 20 years of experience in wide-ranging aspects of heavy civil construction, including significant experience in microtunneling, tunneling and pipejacking. His specific areas of expertise include design-build trenchless projects, extensive contaminated ground water remediation, and construction in deep and difficult soil conditions in dense urban settings. He has been involved with NAMA, NASTT and AREMA, and worked on ASCE Standard Design and Construction Guidelines for Microtunneling (ASCE/CI 36-15) Committee and the AREMA microtunneling guidelines. He joined Michels in 2016.