You are at:Home»News»AECOM Appoints Ward as SVP 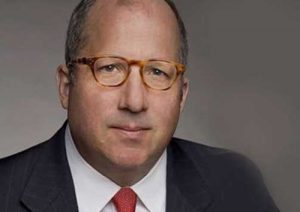 AECOM announced May 14 that it has appointed Christopher O. Ward as senior vice president, chief executive, Metro New York. In this role, Ward will be leading strategic growth and profitability of the Design and Consulting Services group in the New York City Metro area. Areas of responsibility will include transportation, water and wastewater, environment, power, and buildings and places, which encompasses more than 1,600 architects, engineers, scientists and support staff.

Prior to joining AECOM, Ward most recently served as executive vice president for major projects at Dragados USA, where he was responsible for significant business development throughout the United States. His 30-plus-year career in infrastructure and government comprises experience in both the public and the private sectors, including a successful tenure at the Port Authority of New York and New Jersey where he led the effort on the World Trade Center project and executed the turnaround at the site by implementing creative engineering solutions — delivering on a commitment to open the 9/11 Memorial by the 10th anniversary. Ward also repositioned the commercial office space on the World Trade Center site, including negotiating and finalizing numerous real estate, transportation and freight transactions, such as the 1 million-sq ft lease with Conde Nast at One World Trade Center.

Earlier in his career, Ward served in the first term of the Bloomberg administration in New York City, leading the Department of Environmental Protection in a robust expansion of its capital plan. Previous roles also included managing director at the General Contractors Association of New York, Inc., and chief executive officer of American Stevedoring Inc.

“I am excited to join AECOM at this transformational time, as the company’s expertise and global capabilities continue to earn its leadership position in key markets across the nation,” said Ward. “I look forward to delivering on AECOM’s significant opportunities by working globally and executing locally, with a strong emphasis on the New York Metro market.”