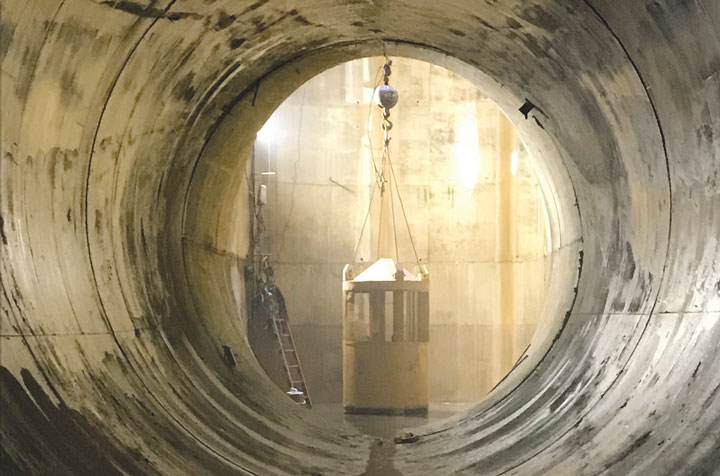 The Construction Management Association of America (CMAA) recognized 14 projects for outstanding achievements in construction management at its National Conference & Trade Show Sept. 22-24 in Orlando, Fla. Winning in the “Environmental Project with a Construction Value Greater Than $50 Million” category was the Albany Park Stormwater Diversion Tunnel in Chicago. The Construction Manager was WSP USA for the City of Chicago Department of Transportation.

The project involved construction a tunnel 150 ft below ground level to divert stormwater about 1.4 miles from the North Branch of the Chicago River to the North Shore Channel. The $63 million project was awarded to Kenny Construction, a subsidiary of Granite Construction.

Since 2008, Albany Park has experienced two major floods that have affected hundreds of homes in the northwest side community along the North Branch of the Chicago River. After the last round of serious flooding in April 2013, Mayor Rahm Emanuel pledged the city would address the problem in a comprehensive way and directed CDOT to move forward with design and engineering of a drainage tunnel.

The 18-ft diameter tunnel will have an intake shaft at a bend in the river in Eugene Field Park just east of Pulaski Road. It will kick into operation before the water level reaches flood stage and will divert a flow of 2,300 cubic feet of water per second, bypassing Albany Park and emptying at an outlet shaft at River Park just south of Foster Avenue into the North Shore Channel.

Award winners serve as examples for CMAA to promote professionalism and excellence in the management of the construction process.The complete list of winners can be found here.