You are at:Home»News»International News»Align JV to Build C1 Section of HS2 in UK 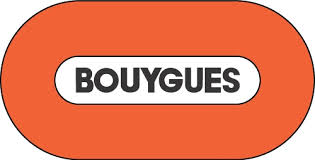 High Speed Two Ltd., the company responsible for developing the high-speed rail line between London and the North of England, has issued a Notice to Proceed to the Align joint venture. This officially launches the execution phase of a major project for Bouygues Construction in the United Kingdom worth €1.8 billion (Bouygues Travaux Publics’ share: €1.1 billion).

The HS2 high-speed railway is the biggest transport infrastructure project in the United Kingdom. The line will depart from London and connect non-stop with Birmingham. It will then fork in the direction of the cites of Manchester and Leeds.

The Align consortium (Bouygues Travaux Publics / Sir Robert McAlpine / VolkerFitzpatrick) is responsible for the design and construction of the C1 section of the project. This is a 21.6-km stretch north-west of London, and includes an iconic 3.4-kilometre viaduct (the Colne Valley Viaduct) and two 15.75-kilometre tunnels (the Chilterns Tunnels). Variable density TBMs – a technology already employed by Bouygues Travaux Publics in Hong Kong and on the Grand Paris Express – will be used to adapt tunnelling to the specific geological conditions of the land.

The works also include construction of cross passages between the two tunnels as well as 5 ventilation shafts. Feasibility studies and preparatory engineering work started in 2017.

Manpower will be stepped up so that more than 1,500 people will be working onsite at peak periods. The contract will run for 66 months (five and a half years).