You are at:Home»News»Americans Support Equity in Infrastructure Spending Over Improvements in Their Own Communities 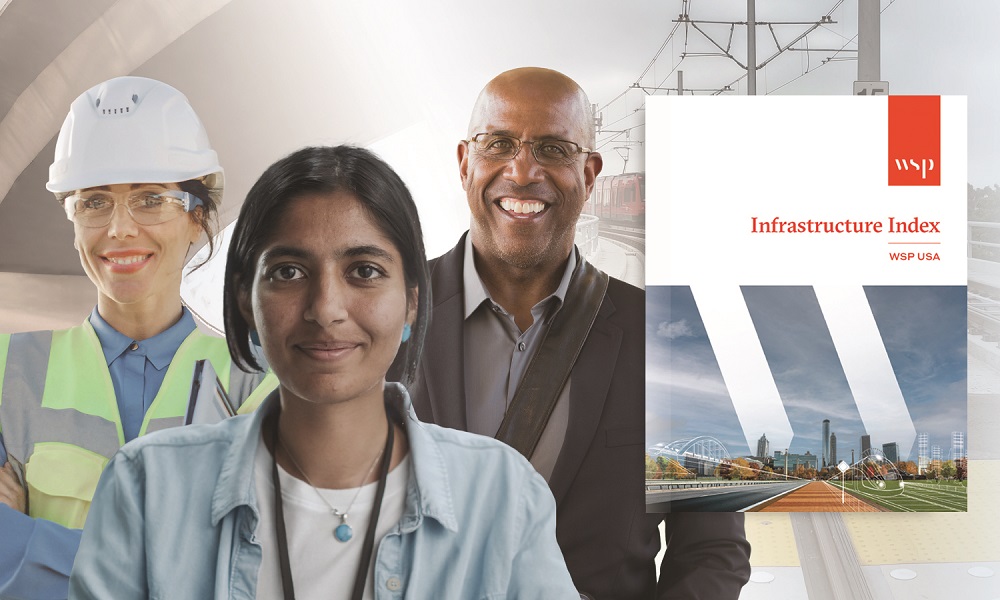 Other notable findings include:

“The Infrastructure Investment and Jobs Act provides an unprecedented opportunity to improve the lives of millions of people, yet we found that nearly half of Americans feel they don’t have enough of a say in how infrastructure budget is spent in their community,” said Lou Cornell, WSP USA president and CEO. “With the WSP Infrastructure Index, we hope to provide insight into the priorities and concerns of people around the country, enabling decision-makers and planners to engage even more effectively. It is one way we are acting on our vision and commitment to help create more equitable, sustainable and Future Ready communities.”

While a majority of Americans said they trust their local government to spend the infrastructure budget on what is needed most, urban dwellers (66 percent) are more likely than those in suburban (57 percent) or rural (56 percent) communities to express that confidence.

One unifying factor is concern about the lack of sustainable and rapid transportation via rail, which garnered majority support from Americans (64 percent) regardless of income levels, race and ethnicity, gender and geography.

Infrastructure includes roads, bridges, public transit, ports and airports — as well as public water, the electric grid, and broadband internet, issues which were explored in the report. The complete WSP Infrastructure Index is available at https://bit.ly/22-Inf-index-PR.

About the WSP Infrastructure Index

The WSP Infrastructure Index is based on a survey conducted online within the U.S. by The Harris Poll on behalf of WSP from April 26-28, 2022, among 2,069 adults ages 18-up. The sampling precision of Harris online polls is measured by using a Bayesian credible interval. For this study, the sample data is accurate to within + 2.8 percentage points using a 95 percent confidence level.