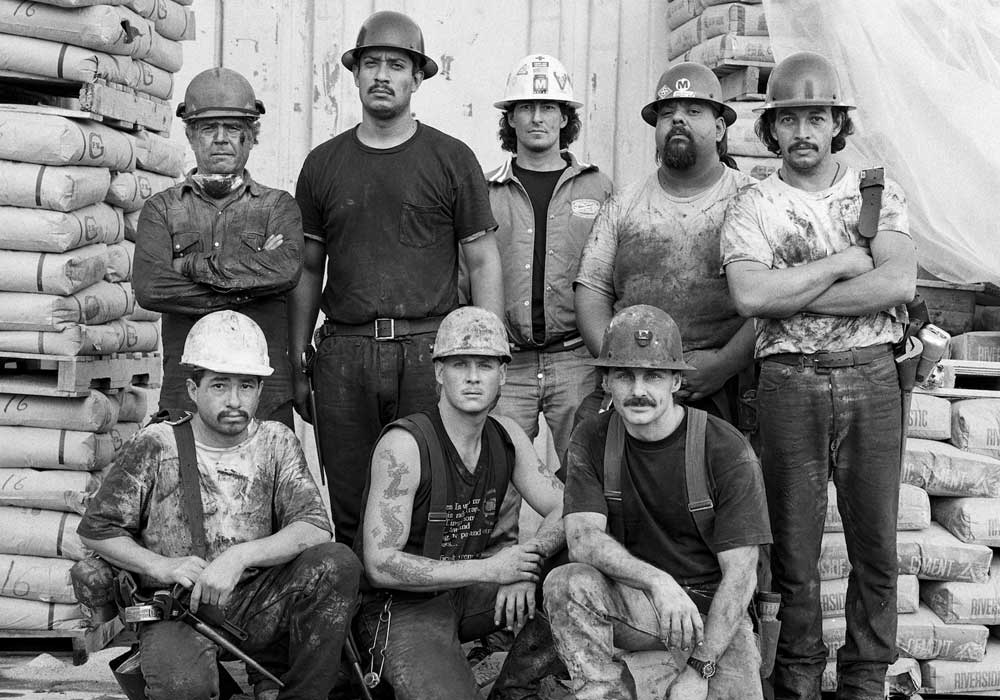 A group of Metro Red Line miners pause for a photo at the end of their shift (1994).

What started out as a single day documenting the construction of a LA Metro Red Line project on Hollywood Boulevard has turned out to be a lifelong passion for photographer Ken Karagozian. Since that day in the 1990s, Karagozian has been a frequent visitor to LA’s underground transit projects, archiving older projects including the Red Line under the Santa Monica Mountains and the Gold Line Eastside Extension, to modern projects including the Purple Line Extension and Regional Connector.

The projects featured in this section include:

The Metro Red Line, constructed by Traylor Brothers between 1994 and 1999. The Red Line was a new line (part of Segment 3) connecting downtown Los Angeles to North Hollywood.

The Regional Connector in downtown Los Angeles will allow passengers to transfer between the existing Gold, Blue, Expo, Red and Purple lines. It is was awarded in 2014 to Regional Connector Constructors (RCC), a joint venture comprising Skanska and Traylor Brothers.

The Purple Line Extension Section 1 is part of Metro’s latest expansion. Being built in three sections. Section 1 is being built by a joint venture of Skanska/Traylor/Shea JV and will extend from Wilshire/Western to Wilshire/La Cienega.

Karagozian’s work is currently being showcased at Union Station in downtown Los Angeles through August 2021. You can also view his work in a book titled “Deep Connections”, which is available in pdf format through the Metro website: metro.net.

Karagozian shared some of his work with TBM: Tunnel Business Magazine, which is displayed below. Karagozian uses black-and-white photography as his medium of choice, and his photography has been widely exhibited locally and nationally, including LIFE Magazine and the Los Angeles Times. For more information, visit his website at kenkaragozian.com. 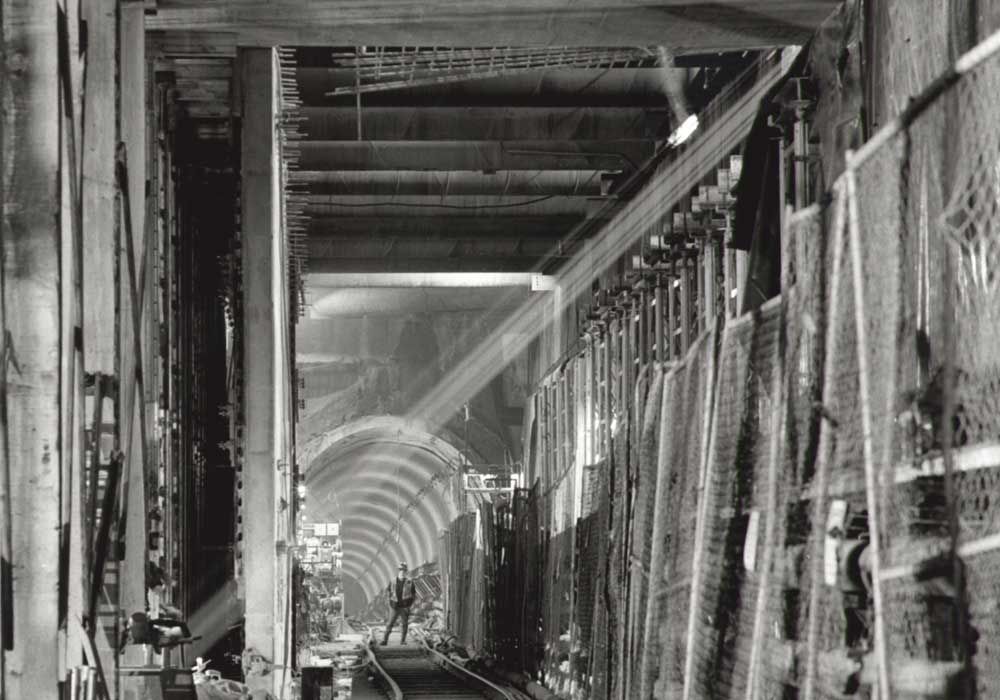 A beam of light enters the Wilshire/Fairfax station as part of the Purple Line Extension project (2020). 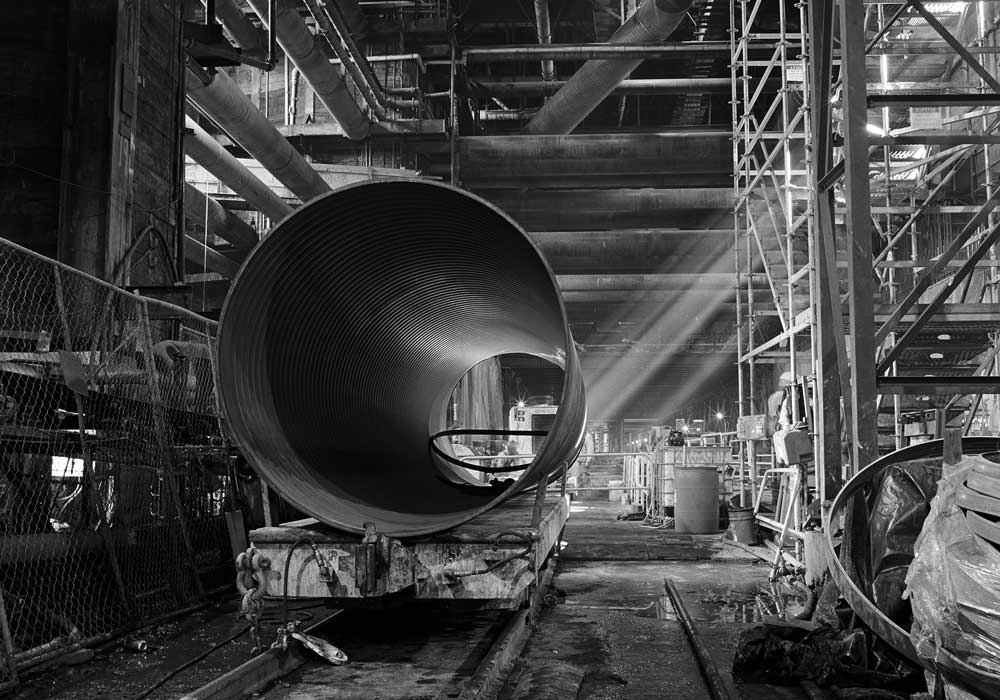 Sunlight filters into the bottom landing of the Wilshire/LaBrea Station on the Purple Line Extension (2020). 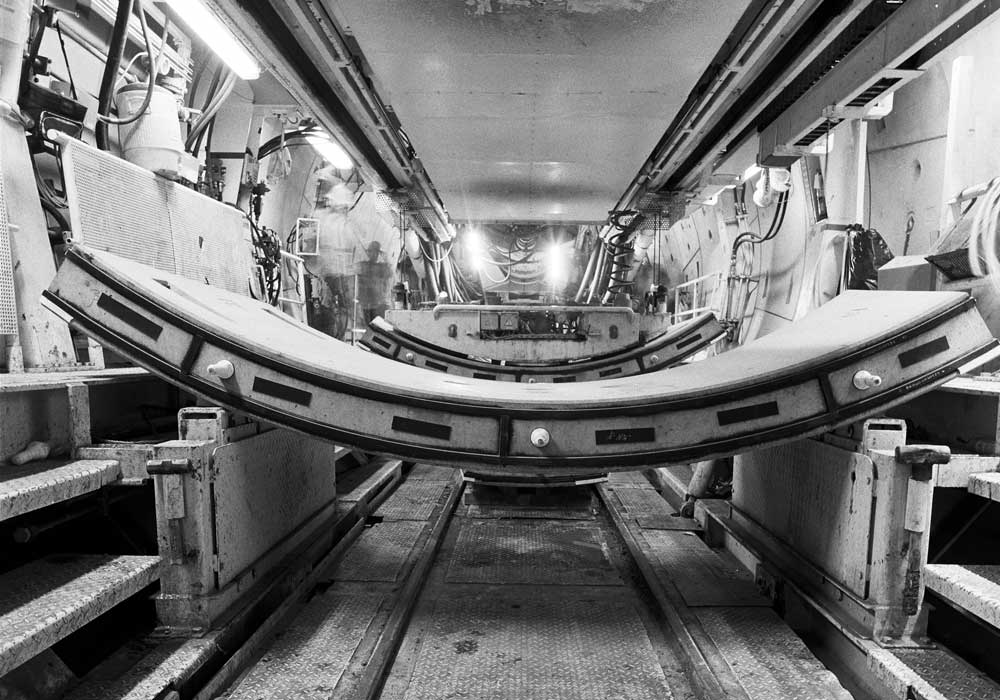 Precast segments inside the TBM on the Regional Connector (2017). 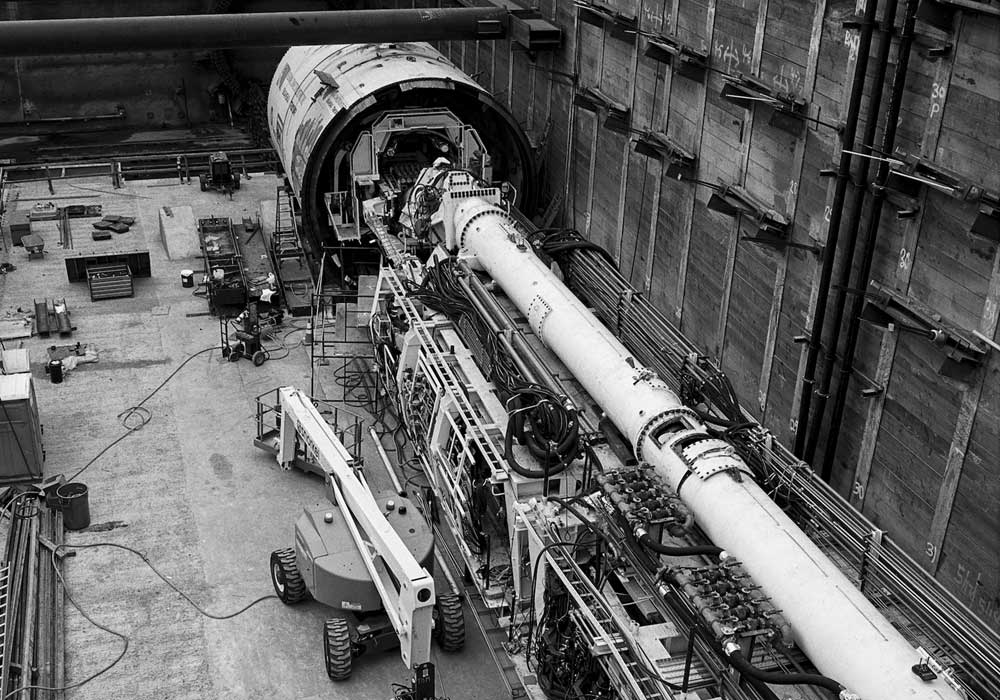 The Herrenknecht TBM is ready for launch as part of the Regional Connector project (2016). 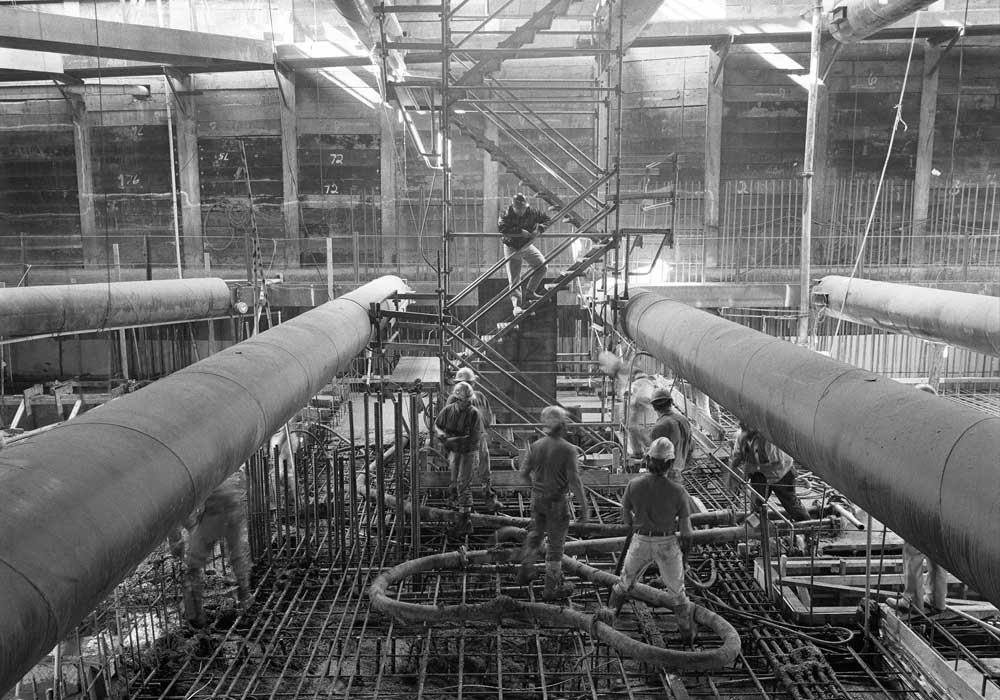 Constructing the Vermont/Santa Monica Station as part of the Red Line construction (1995). 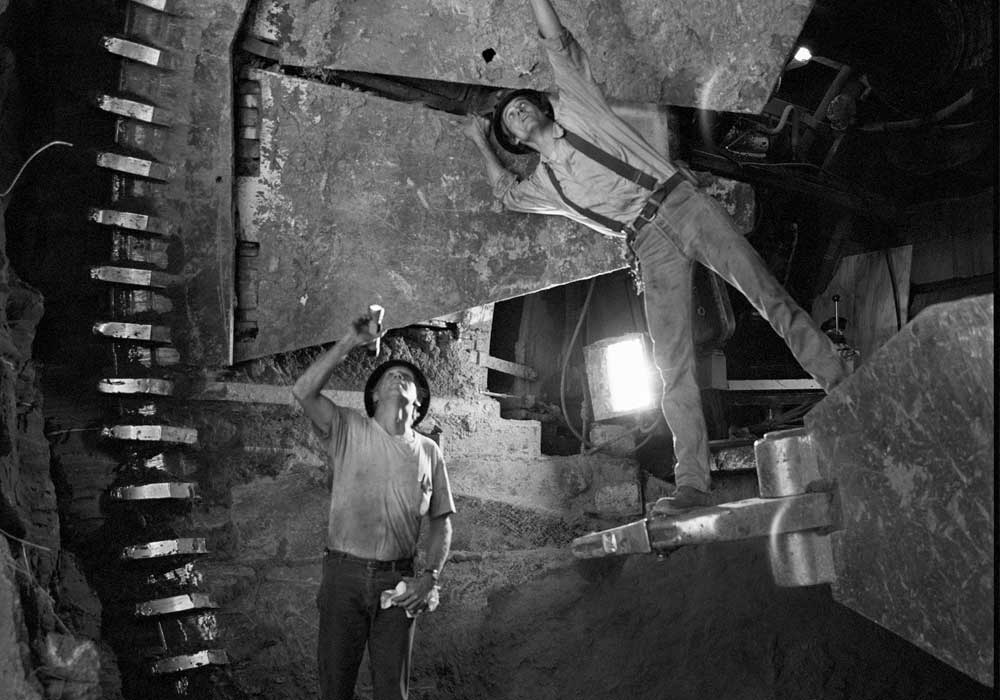 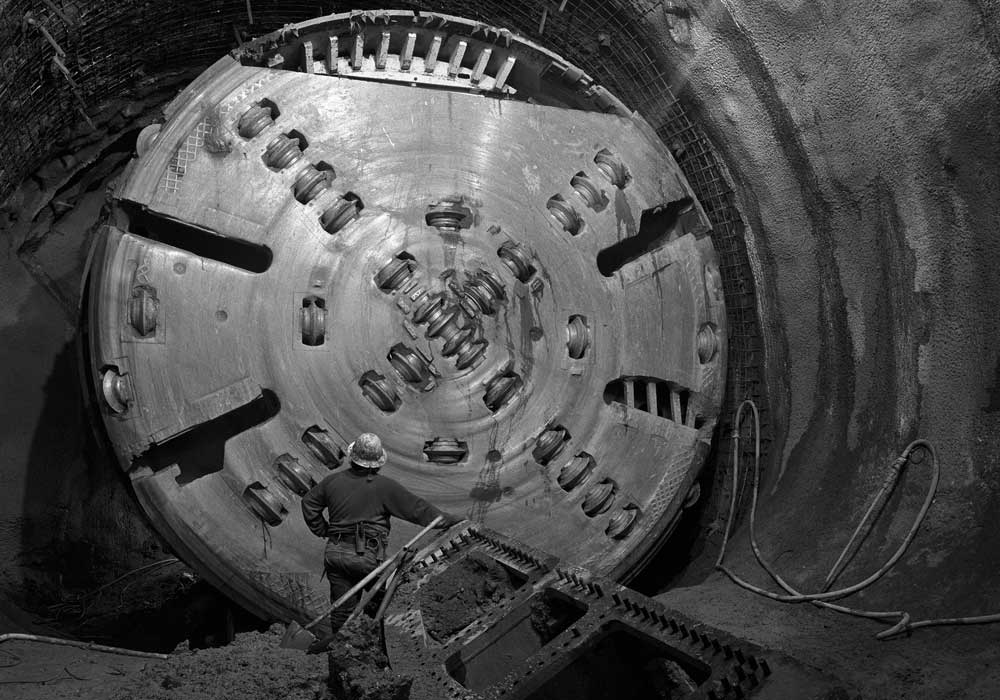 A miner examines the TBM cutterhead on the Red Line (1997). 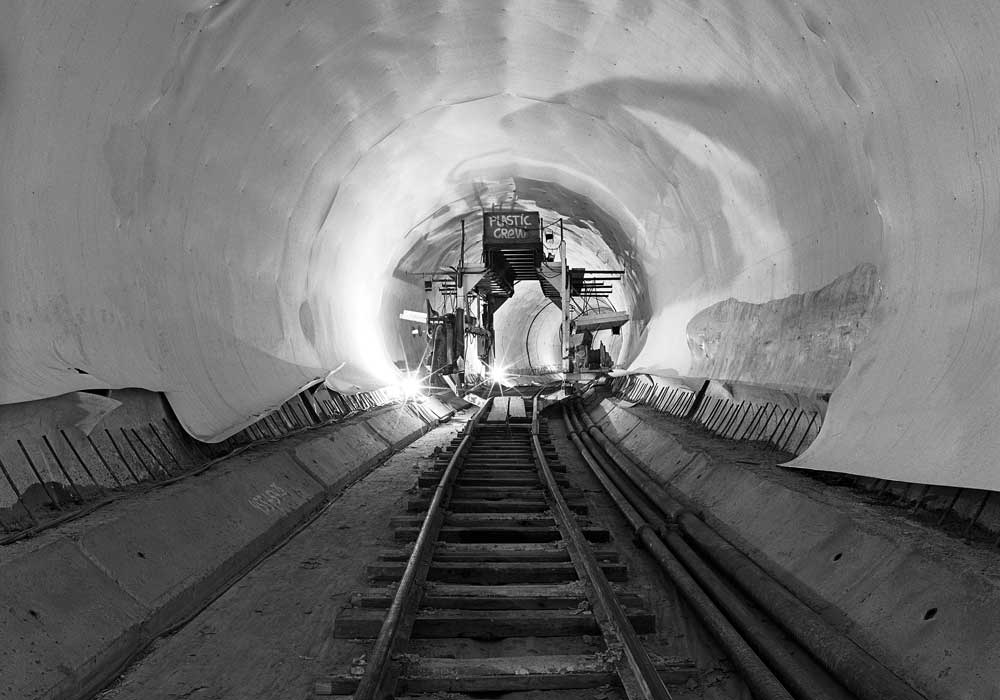 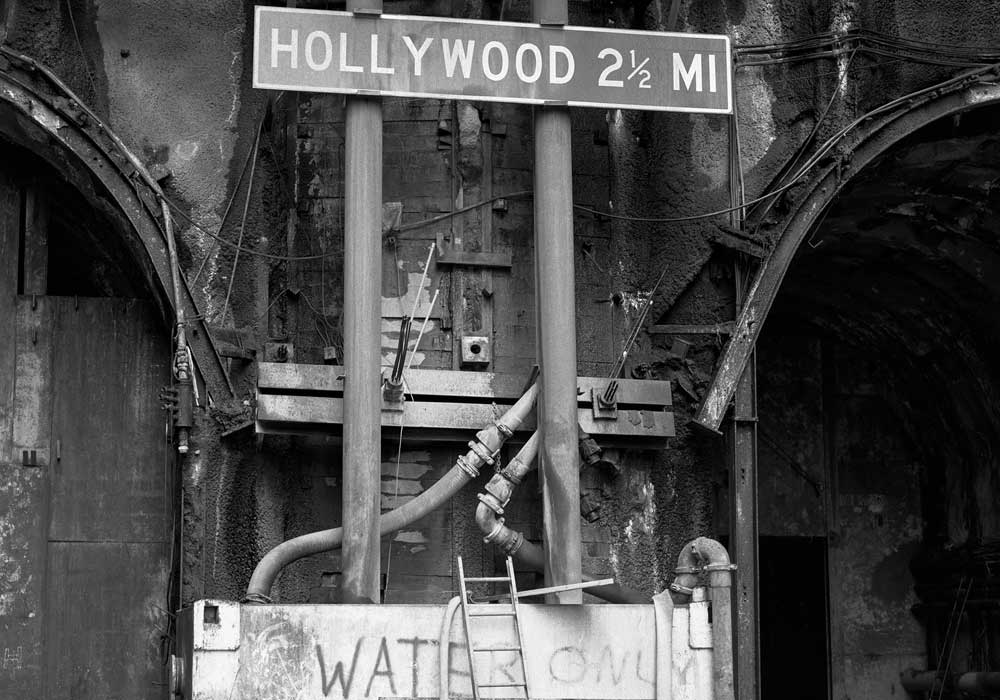 A sign reminds workers of how far they have to reach their destination in Hollywood as part of the Metro Red Line project (1997). 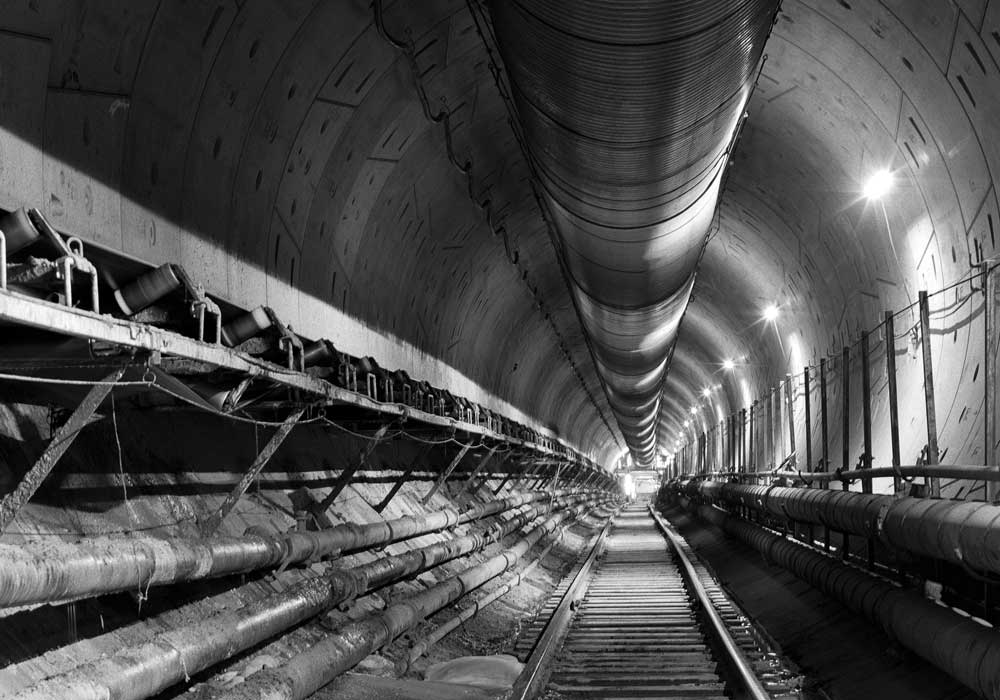 A view of the tunnel construction on the Purple Line Extension Section 1 near Wilshire and La Brea (2020). 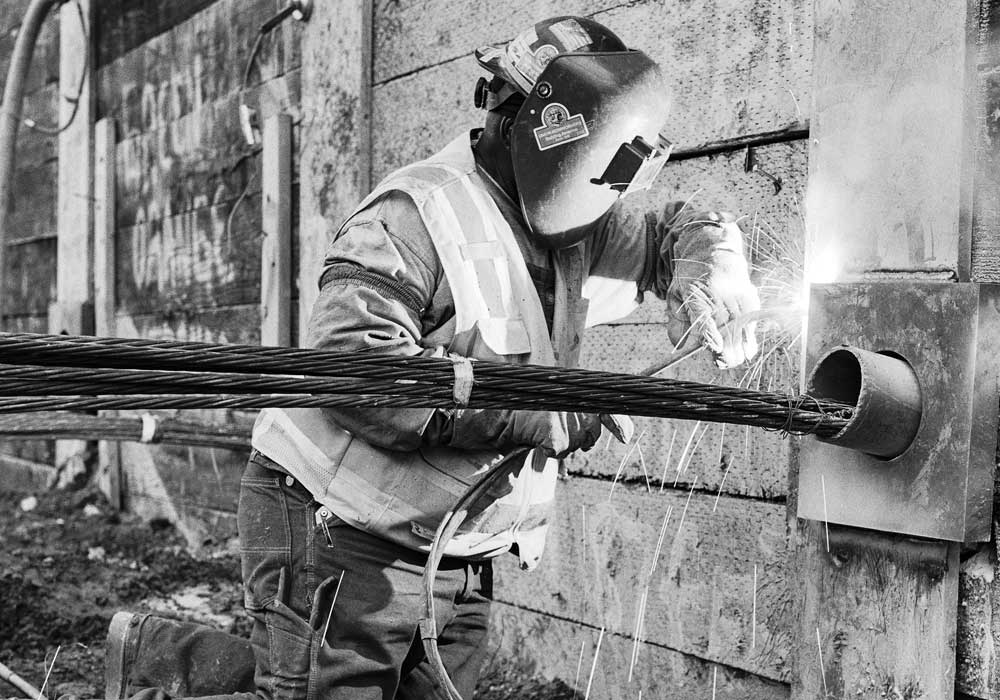 A worker welding a tie-back anchor on the Regional Connector (2016). 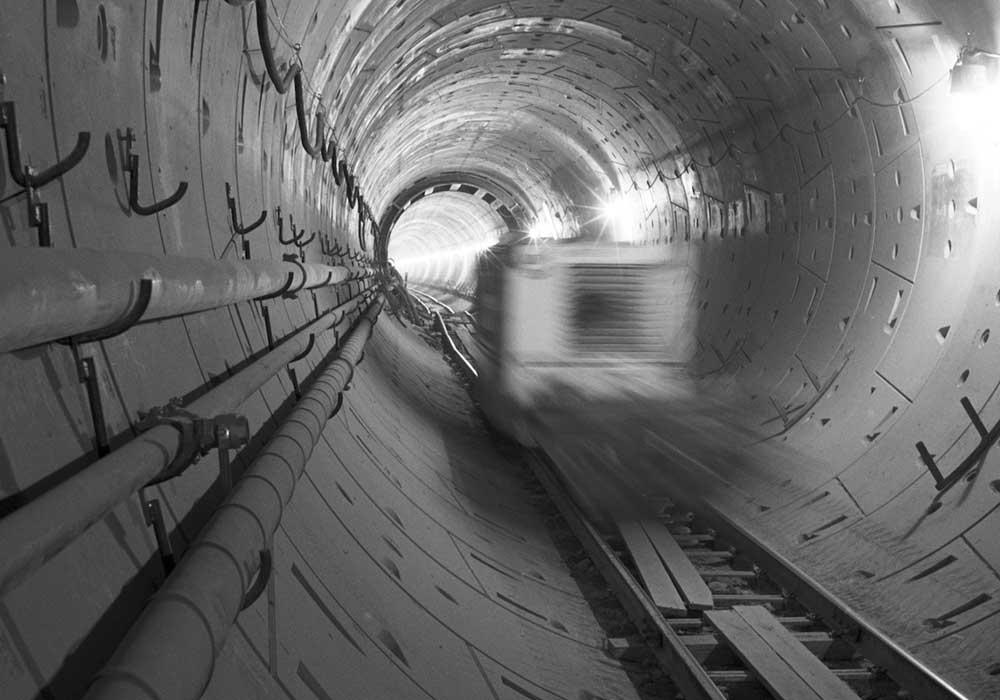 A locomotive travels along the Gold Line Eastside Extension tunnel (2007). 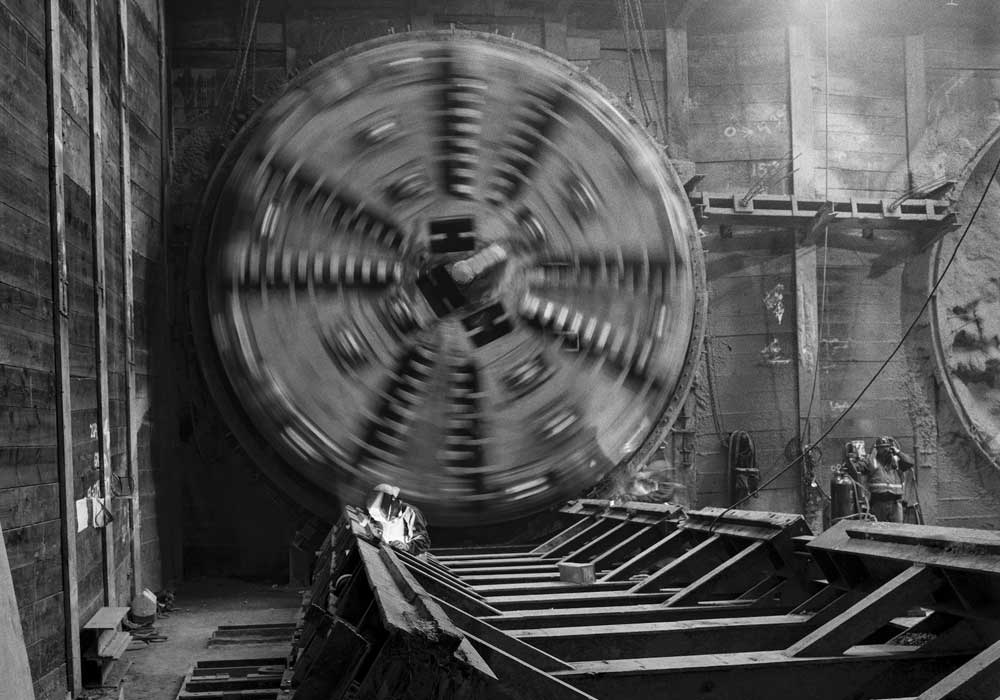 The TBM breakthrough at the Gold Line Soto Station (2006). 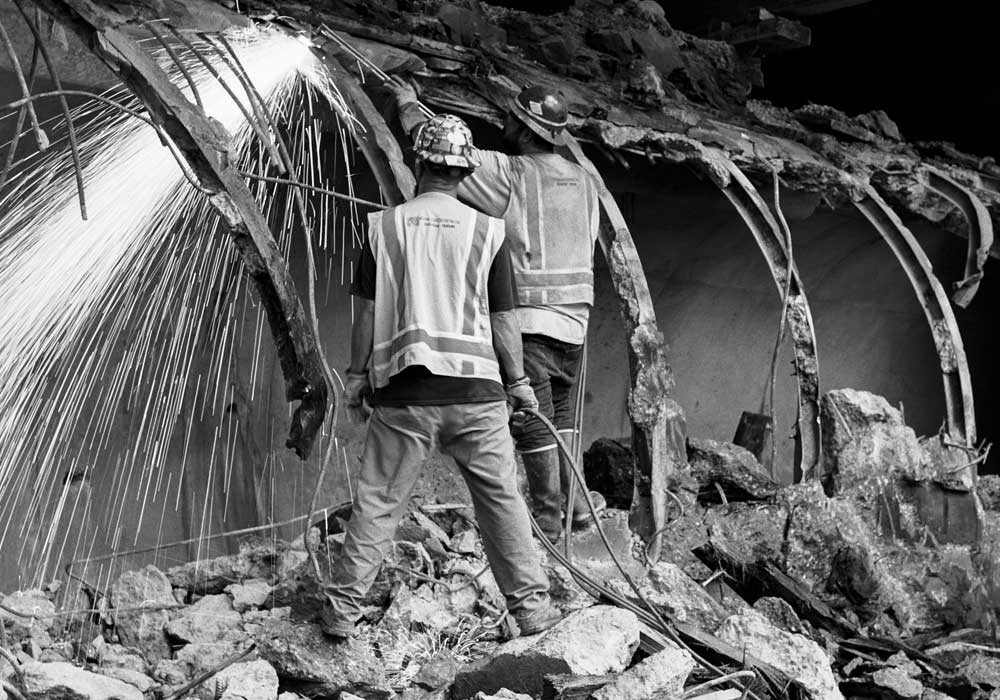 Workers dismantle a storm drain under 2nd Street on the Regional Connector (2017). 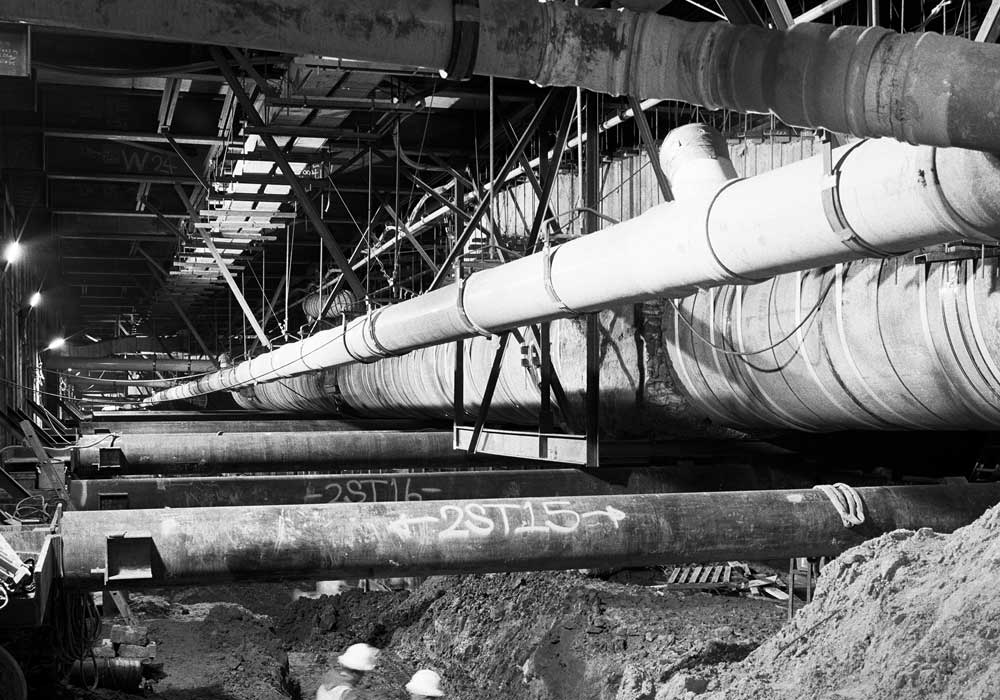 The view below Flower Street as part of the Regional Connector (2019). TBM tunneling was not used to tunnel in this area to avoid many abandoned tieback anchors.