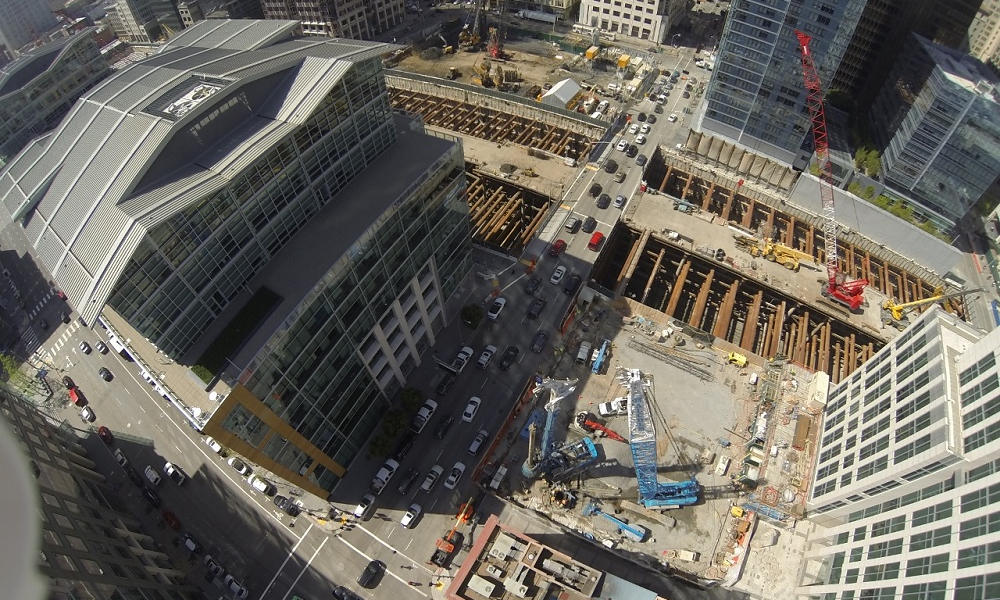 The 2018 DFI Outstanding Project Award (OPA) is being awarded to the team of Malcolm Drilling (specialty contractor), Arup (structural and geotechnical engineer) and Brierley Associates (support of excavation designer) for 181 Fremont Tower, a mixed-use high-rise building under construction in the dense urban core of the South of Market District of San Francisco, Calif.

The tower consists of 56 above-ground floors with the roof level at approximately 700 ft (213 m) above street level. An architectural spire tops the building out at just over 800 ft (244 m), which makes it the second tallest building in San Francisco. This tower is squeezed into a limited site measuring about 130 ft by 140 ft (40 m by 43 m) and facilitates an open floor plan by incorporating exterior mega-cross-braces to provide the lateral stability against seismic and wind loading.

The structural design created a challenge for the building’s foundations because the seismic loads are concentrated in the building corners. Drilled shafts with a diameter of 5 and 6 ft (1.5 and 1.8 m) were constructed as deep as 260 ft (79 m) and socketed as much as 25 ft (7.6 m) into the Franciscan Complex bedrock. An additional challenge was the variability of the bedrock. Depth to the bedrock on the east and west ends of the site differed by as much as 14 ft (4.3 m) and the composition of the Franciscan Complex is very irregular. In addition, a watertight, stiff temporary support of excavation system was required to allow the excavation and construction of a 5-level basement that extends to about 60 ft (18.3 m) below the surface without adversely affecting adjacent structures, including a 27-floor tower to the east, a 3-story masonry building to the south, and the deep excavation for the Transbay Transit Center to the north.

The OPA was established in 1997 to recognize the superior work of DFI members. The projects were selected by a committee based on size, scope and challenges of the project; degree of innovation and ingenuity exercised; and the uniqueness of the solution to the difficulties of the job.