You are at:Home»News»DFI Announces Board of Trustees Election Results New President and Secretary 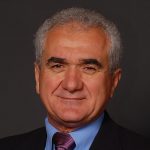 The Deep Foundations Institute (DFI) Board of Trustees has elected a new president and a new secretary starting in 2023.

Incoming DFI President Gianfranco Di Cicco is president and CEO of Bauer Foundations, responsible for the Bauer Group on all U.S. construction operations. Di Cicco joined the DFI Board of Trustees in 2010 and was elected to the Executive Committee in 2016, while actively participating in several technical committees.

After participating and directing major worldwide geofoundation projects with the Rodio Group in Italy, Iraq, Singapore and Brazil from 1980−1989, Di Cicco moved to the U.S. to start a new operation for the Rodio Group as executive vice president. In 1997, he joined Trevi Group as a senior area manager and then COO. Between 1989 and 2005, he was responsible for proposal study/preparation, supervision and direct management of challenging multi-million-dollar foundation projects for private and government agencies, including the U.S. Army Corp of Engineers’ Beaver Dam project and seepage and foundation rehabilitation for the Walter F. George Dam, as well as major geotechnical contracts for Boston’s Central Artery. In 2005, he started his own consulting company, GDConsulting, providing contractual, constructability and foundation technology services worldwide to contractors, equipment and material manufactures, engineers, owners, and public and private organizations.

Lori Simpson, P.E., G.E., managing principal at LANGAN, is the incoming secretary for the DFI Board of Trustees and the first women on DFI’s executive committee. She has been a trustee since 2016 and is an active member of DFI’s Codes and Standards Committee. With almost 30 years of experience, Simpson specializes in geotechnical engineering on sites with challenging subsurface conditions that include liquefaction, consolidation, expansion potential, caving soil, shallow groundwater, and highly variable stratigraphy. Her projects are in a wide range of sectors, including high-rises, multi-family residential, commercial, sports facilities, educational and laboratory research facilities, affordable housing, schools, bridges, piers, infrastructure, and public open space.