You are at:Home»News»Drooff named President of Keller North America 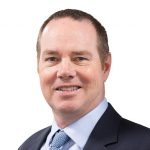 After earning his BS in Civil Engineering from Bucknell University, Drooff spent several years working for general contractors in the New York Metro area before joining Hayward Baker (now Keller) in 1992 as a Project Manager. He was promoted to Vice President, Senior Vice President, and in 2015 he became the president of Hayward Baker. In 2018, Drooff was promoted to Chief Operating Officer for Keller North America. He has been actively involved in ASCE technical committees, DFI, and is a member of The Moles.

Drooff stated, “James leaves Keller North America in great shape to sustain and grow our business. I am both humbled and proud to get a turn at leading such talented and hardworking people.”