You are at:Home»People»ECA Promotes Ulrich to Director of BAUER Product Sales & Service 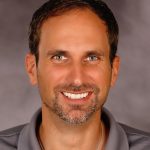 Ulrich is a geotechnical engineer with a degree from the University of Karlsruhe in Germany who started his career at BAUER Maschinen in Germany in the method development department in 2007. He spent almost 8 years traveling starting up, running jobs or training customers on their projects using BAUER equipment. He and his family moved to Toronto, Canada in 2014 to join ECA Canada.

At ECA Canada, Gordian was the BAUER Applications Engineering Manager and primarily focused on introducing new drilling techniques, tools, and rigs to the North American market. In 2016 Gordian and his family moved to Philadelphia, Pennsylvania to join ECA in the United States, where he is now centrally located at ECA Philadelphia. Today he uses his unique global technical expertise to consult, support, and train specialty foundation contractors throughout the ECA territory.

In this new role, Ulrich will be responsible for all BAUER product related sales, service and training. He will also lead the new BAUER Service Team, which is focused on improving the overall quality of the company’s service and technical support.

Most of Ulrich’s free time is spent with his wife Lena and daughters Marla and Tilda. He’s also a gearhead who enjoys all cars, including Porsche.