You are at:Home»News»International News»Excavation Surpasses 40% on Landmark High-Speed Rail Project in Italy 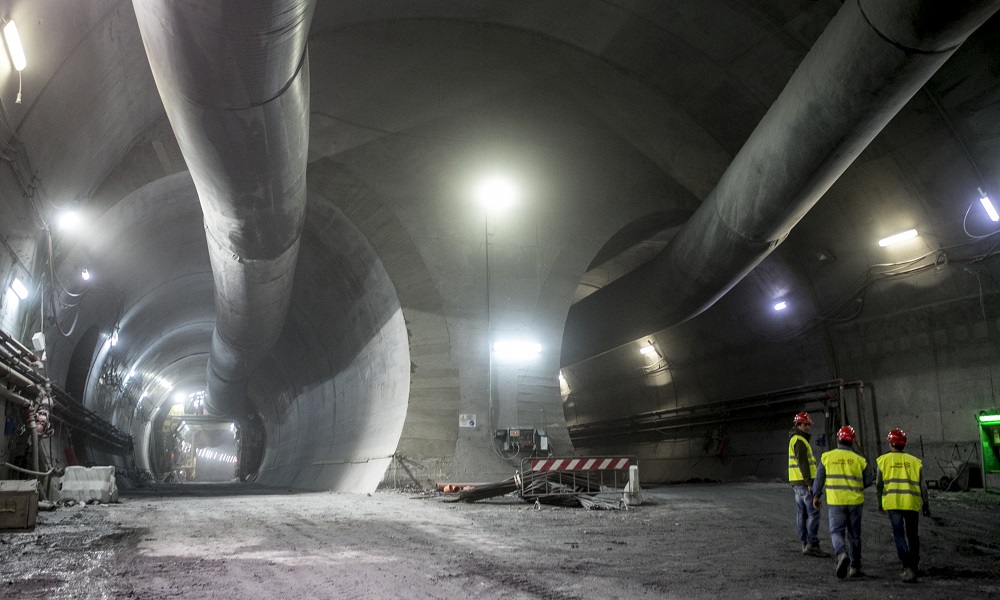 COCIV, the general contractor led by Salini Impregilo, has completed 40% of the excavation work for the underground section of Terzo Valico dei Giovi, a high-speed/high-capacity rail line between Genoa and Milan. This important milestone follows the completion of a series of preliminary stages to the development of the project including expropriation, the resolution of interferences, setting up work sites and related roadwork. Terzo Valico dei Giovi represents a big opportunity for the area’s economic development and will favor the flow of people and merchandise between northern Italy and the rest of Europe.

The high-speed/high-capacity rail line will run for a total of 53 km, 36 km of which in tunnels. It will cross 14 municipalities in the provinces of Genoa and Alexandria as well as the regions of Liguria and Piemonte. Workers have completed the access to the main tunnel (Polcevera, Cravasco, Castagnola and Val Lemme) and related grafting chambers. They are excavating at full rhythm along the main line and the connection to the Genoa rail line.

What has been achieved so far is thanks to the more than 5,000 people involved in the project, whether they be employees of COCIV or subcontractors. Most of them are specialized in tunneling, an example of the expertise that Salini Impregilo aims to develop in Italy and abroad with Progetto Italia, its plan to consolidate the fragmented construction industry in the country.

Once the project is completed, the main gallery, known as the Galleria di Valico, at 27 km will be the longest in Italy and ninth in the world. It will create a connection between Genoa and Milan in 50 minutes against the current one hour and 39 minutes, and between Genoa and Venice in only three hours and five minutes. It is for this reason that Terzo Valico dei Giovi became a priority project for the European Union as part of the Trans-European Transport Network (TEN-T), a policy to develop an interconnected transport infrastructure network across the continent. It will belong to the Rhine-Alpine corridor linking Genoa with Rotterdam, or the Mediterranean with the North Sea.