You are at:Home»News»Gov. Newsom Proposes Changes to California Tunneling Projects 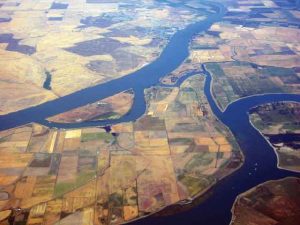 The Bay-Delta is a critical source for California’s water supplies.

In discussing the WaterFix – a critical environmental and water supply project that involves approximately 70 miles of large diameter tunnels, including 30 miles of twin 40-ft ID conveyance tunnels – Newsom said he opposes the plan as it stands.

“I do not support the WaterFix as currently configured. Meaning, I do not support the twin tunnels. But we can build on the important work that’s already been done. That’s why I do support a single tunnel,” Newsom said. He confirmed that the project needs to move forward. “The status quo is not an option. We need to protect our water supply from earthquakes and rising sea levels, preserve delta fisheries, and meet the needs of cities and farms,” he said.

The change would require new engineering and would like require new environmental reviews, signaling delays for the project currently estimated to cost in excess of $15 billion. He also named a new chair to the State Water Resources Control Board – Joaquin Esquivel, former assistant secretary at the state Natural Resources Agency.

Newsom said the plan for California High-Speed Rail Phase 1 program connecting Sacramento and San Francisco in the north to Los Angeles in the south (with plans to eventually link to San Diego) would be too expensive and take too long to build, but said the link planned for the Central Valley – from Merced to Bakersfield – would move forward. Cost estimates for the full Phase 1 program ranged up to $77 billion. The Central Valley section comprises mostly surface rail, while the portions from Merced to San Jose and Bakersfield to Los Angeles included significant tunneling portions.

The revised plan would pare down the project from a 520-mile network to 119 miles. The original plan had the San Francisco to Los Angeles line operating by 2033. Newsom said work would continue on Phase 1 environmental work while regional projects in the north and south would be explored.