You are at:Home»News»International News»High-Temperature Tunnel Dampers and Switchboxes Are a Hot Combination for Riyadh Metro System 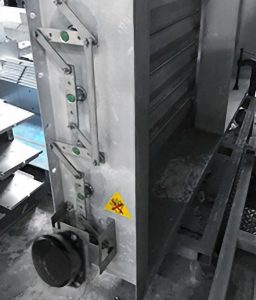 Tunnel damper systems, like the one pictured here, control the volumetric flow of air in the transit tunnels and enable proper tunnel ventilation in the event of a fire. (Courtesy of Emerson.)

When it comes to subways and other underground tunnel systems, the last thing you want is a fire. If one does occur, you need to be prepared. Tunnel dampers play an important role in regulating tunnel air flow to prevent exhaust gases from building up. In the event of a fire, they also vent the tunnel of toxic fumes—protecting passengers from inhaling the dangerous smoke.

Thanks to these capabilities, tunnel dampers are a critical safety measure for urban subway systems, which often carry several millions of people a day. The Riyadh Metro, located in the capital of Saudi Arabia, is one such system. The city is home to 6 million people—and that number is projected to climb to over 8 million. With so many people relying on the metro, which consists of 176 kilometers (109 miles) of train line, fires must be avoided at all costs.

At the same time, underground tunnels pose unique operating challenges, especially as they pertain to fire. There can be no doubt that the dampers—and the components inside—can take the heat.

Tunnel Dampers to the Rescue

To regulate tunnel air flow, the Riyadh Metro system has installed 300 units of CFD-02T dampers from Flamgard Calidair—a UK-based manufacturer of special HVAC equipment for tunneling projects in the oil and gas, nuclear, power and marine industries. Under normal operating conditions, these dampers control the volumetric flow of air in the transit tunnels. In the event of a fire, they enable proper tunnel ventilation, preventing passengers from inhaling dangerous smoke and gases. These dampers also extract toxic fumes and smoke away from certain areas and serve as a barrier when closed, preventing the fire from spreading underground.

In addition to their 304 and 316 Stainless Steel or galvanized mild steel construction, Flamgard’s durable dampers integrate special, high-temperature switchboxes from TopWorx, a division of Emerson and global leader in discrete valve control and GO Switch position sensing for process applications. Unique in their ability to withstand extremely high temperatures for long periods of time, these switchboxes enhance the reliability of the CFD-02T dampers even further—guaranteeing the safety of passengers no matter the operating condition.

Switchboxes Designed to Take the Heat 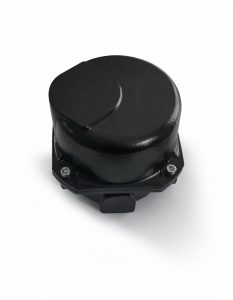 Caption: A TopWorx High Temperature Switchbox. These units monitor the position of the Flamgard dampers within the Riyadh Metro tunnels. (Courtesy of Emerson.)

TopWorx High Temperature Switchboxes monitor the position of the Flamgard dampers within the Riyadh Metro tunnels, furthering the dampers’ reliability in this state-of-the-art transit system. These units, as part of each CFD-02T damper system, can perform up to two hours at 400°C according to this application’s requirements. They can also operate at multiple high temperatures with varied exposure times for dampers and ON/OFF valves; according to third-party thermal tests, the switchboxes can withstand four hours at 400°C—setting it apart from all other switchboxes on the market.

“After reviewing the specifications for the Riyadh Metro project, we realized the need for the TopWorx high-temperature switch boxes,” says Steve Edwards, MBE, Managing Director at Flamgard Engineering Ltd. “Initial meetings cemented our decision that Emerson was the perfect partner for this project. We agreed up-front on the specifications, deliveries and price for the 384 units, split over five batches, and everything was delivered exactly as we had agreed upon—leading to the success of this project. Overall, the process was easy and flawless.”

Together, the combination of the Flamgard CFD-02T tunnel dampers and TopWorx switchboxes promises to keep millions of people cool—even when things get hot.

A Revolution in Transportation

Set to fully open in 2021, the Riyadh Metro system is projected to reduce 250,000 car trips a day within the Saudi Arabian city. Costing $23 billion, it will feature fully autonomous monorails covering six lines and 85 stations across a hundred miles of track—most of which is located underground. Due to the recent and projected growth of Riyadh, this new metro system promises to revolutionize how several million people navigate the city each day.

A Damper for the Harshest Conditions

Flamgard’s flagship HVAC solution for underground tunnels, the CFD-02T damper regulates air flow in transit tunnels. These applications include some of the most demanding conditions around. To guarantee reliable operation day in and day out, they must undergo rigorous testing and validation processes: