You are at:Home»News»HNTB’s Wang Selected to Join The Moles 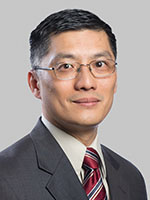 HNTB’s Eric Wang, PE, LEED AP, was announced as member of the Class of 2020 in The Moles, a national fraternal organization of heavy construction professionals. Wang and the other 25 new members will be formally recognized at the organization’s annual members’ dinner and business meeting in 2021.

Wang is a principal tunnel engineer and associate vice president for HNTB. He joined the firm in 2016. He has more than three decades of geotechnical and tunneling experience, encompassing the planning, design and construction of large, multidisciplinary tunnels for mass transit, highway and water resource projects. As a consultant and former tunneling contractor he is well-versed in alternative delivery including design-build and P3 projects.

“This is a well-deserved honor for Eric,” said Sanja Zlatanic, PE, HNTB national tunnel practice chair, senior vice president and HNTB Fellow. “As a member of The Moles, it’s my privilege to welcome him to the organization in recognition of his contributions to the tunnel and underground industry.”

The Moles was founded in 1936 by a group who worked together between 1914 and 1919 on projects under Newark Bay and on the waterfront of Port Newark. It has grown to be considered among the most prestigious heavy construction organizations in the world. Membership is achieved via a nomination process with five fellow Moles members submitting supporting letters for the applicant’s membership, followed by a review process.