HOBAS Pipe USA, the leading supplier of large diameter fiberglass pipe in North America, would like to announce that Edward (Ed) Kocurek is stepping down as President and CEO. He has served the company for nearly 34 years in a variety of roles, including president and CEO for the past 20 years.

The company announced that Martin W. Dana, who joined the Hobas management team as VP of Sales in January 2018, has been promoted to the position of President, CEO effective April 1, 2020. 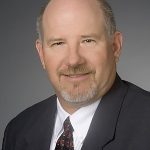 Kocurek is a 1982 graduate of Texas A&M University with a degree in Civil Engineering. He began his professional career as an EIT in the consulting engineering field with West Texas Consultants in Odessa, Texas. In 1985 Ed relocated to Austin, Texas, and went to work for Key Enterprises in the utility construction industry.  In 1986 Key Enterprises acquired a license to manufacture Hobas Pipe in the Western US and selected its current location of Houston, Texas, to construct its manufacturing facility. Kocurek relocated to Houston and was instrumental in overseeing the construction of the original 36,000 SF manufacturing facility.

After completion of the facility, Kocurek served the company as technical sales support before moving to the production department where he served as Production Manager and then Plant Manager. In 1993, Hobas was acquired by Hobas AG (Austria), the original licensor of the Hobas CC technology, and Kocurek was promoted to General Manager responsible for Hobas Pipe USA. At that time Hobas Pipe USA also acquired the Eastern US manufacturing rights from Price Brothers and became the sole provider of Hobas pipe in the US. In 2000, Kocurek added the titles of President and CEO and has been serving in that capacity for the past 20 years.

Under Kocurek’s leadership, the company has grown from a relatively small market segment pipe supplier to the successful international business it is today. Hobas Pipe is currently in water and sewer systems throughout North America; from Hawaii to Newfoundland and from Mexico to Alaska. From its original 36,000 SF facility, Hobas has expanded to over 150,000 SF under roof and has a workforce of over 170 employees.

Kocurek will remain with the company through 2021 as an advisor to the new President, CEO. 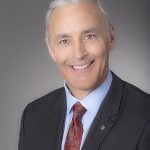 New president and CEO Martin Dana holds a Bachelor of Science degree in Finance from the College of Business Administration at the University of Oregon in Eugene. He is a 27-year veteran of the pipe industry, starting his career in 1993 with Oregon Steel Mill’s Napa Pipe division, selling pipe to the oil and gas industry. Dana joined Hobas after spending the previous 18 years at Northwest Pipe Company in Portland, Oregon. Northwest Pipe Company is the largest manufacturer of engineered steel water pipe systems in North America. While at Northwest Pipe, Dana held various positions including, Vice President of Sales, Vice President of the Tubular Division and Vice President of Business Development.

“Martin has done an outstanding job of leading our sales efforts for the past two years and we are confident that he is the right person to take Hobas Pipe USA to even greater heights going forward,” Kocurek said. “We continue to be excited about the future of the company as we build on our past successes, expand our product portfolio, and continue to provide both outstanding products and services to our clients.