Since 2015, the international competition the ITA Tunnelling and Underground Space Awards seeks and rewards the most ground-breaking innovation and outstanding projects in tunneling and underground construction. Due to the recent global pandemic which impacted international travels, this edition was held online through a dedicated platform and awarded the best achievements in the industry, through 7 categories.

Through 7 categories, this competition aims to identify the most important ongoing underground works and technologies that help cities change and enable habits and ways of life to evolve in order to build smart and sustainable urban areas. 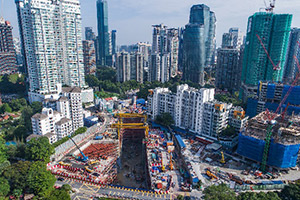 Kuala Lumpur is a sprawling metropolis sorely in need of a sustainable solution to its traffic congestion woes. Everyday thousands of commuters find themselves stuck in traffic, incurring losses in time and GDP. The KVMRT network fills that gap with an extensive, integrated MRT system to access the city center conveniently.

The Putrajaya Line or Line2 is a Malaysian mega-infrastructure rail project located in the heart of its capital, Kuala Lumpur. It is part of a 3-line network known as the Klang Valley Mass Rapid Transit (KVMRT) that will raise the existing public transport modal share of the capital city from 20% to 50% as part of the national Economic Transformation Program.

It will consist mostly of elevated rail outside of the city center. As the city center is highly built-up with high-rise buildings, busy roadways, and overhead infrastructures, the only viable solution to connect the alignment is to go underground.

Tunneling depth varied between 20 meters to 60 meters, largely due to the presence of other intersecting underground infrastructures like the SMART tunnel motorway and metros. 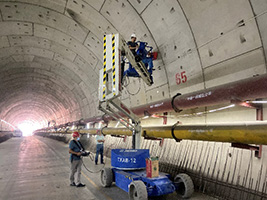 As a full-line control project of Dalian Metro Line 5, the large shield tunneling project between the railway station and the Barracuda Bay South Railway Station is the key to breaking the barrier of the bay from Qingniwa, Barracuda Bay and even Ganjingzi old district. The 30-minute travel time on both sides of the gulf has been shortened to less than 3 minutes, thanks to this tunnel.

With a total length of 2,882m, this tunnel construction

has many positives impacts. In line with the development direction of the national urban rail transit construction, the tunnel improves the industry’s complex stratum shield manufacturing and construction technical capabilities The tunnel on the sea-crossing section of Dalian Metro Line 5 traverses the karst development area.

South extension of the metro Line 14 in Paris – GC02 contract 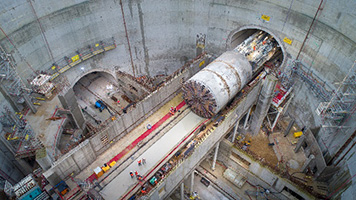 The Grand Paris Express is one of the biggest infrastructure projects of the century. It consists of building 200 km of new metro lines and 68 stations around the city of Paris. Among the four new lines, which are planned to be completed before the deadline for the Paris Olympic Games in 2024, the extension of line 14 towards Paris-Orly Airport is one of the most priority projects, as it represents the link between the airport and the capital.

Built entirely underground in the South of Paris, the South extension of the line 14 comprises 14 km of underground tunnel, 7 stations and 12 shafts.

PROJECT OF THE YEAR INCL. RENOVATION (UP TO €50M) 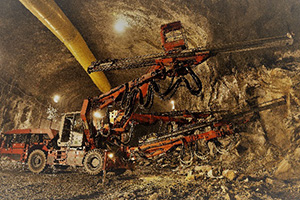 The urban areas in Sha Tin have been developed with limited land for further development. The complicated urban fabric evolved over the past decades has imposed many constraints on improving the built environment and limited the growth potential of that areas.

Hong Kong’s topographical setting with steep natural hillsides also limits the extent for further urban expansion. The majority of the tunnels and caverns are in rock with more than half span of rock cover above the tunnel crown and will be formed using the drill and blast method. The proposed STSTW is located at the fringe of the Sha Tin urban area and therefore the site is surrounded by numbers of sensitive receivers including utilities, features and structures such as residential buildings, schools, etc.

The key success of the project is led by fully compliance of the mutual trust and cooperation between project participants and the project team. They worked together with a common goal of bringing a modern and efficient project for the industry.

TECHNICAL INNOVATION OF THE YEAR 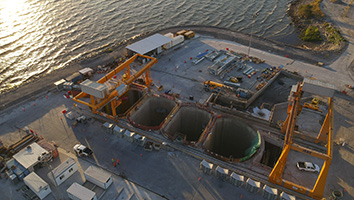 The “Desarrollo Sustentable de la Cuenca Matanza-Riachuelo – Lot 3” project includes a gravity outfall system to discharge treated wastewater into the River Plate, in Buenos Aires (Argentina). It consists of: 50 m deep upstream shafts; 10.5 km long sub-fluvial outfall tunnel; 1.5 km long diffuser tapered tunnel; 34 risers to discharge the effluent from the diffuser tunnel up to the river bed diffuser heads. An innovative method has been developed, as know the “Riser Concept”, to install vertical risers by jacking pipe segments from inside the tunnel upward to the river bed and through soil formations. The Riser Concept is a bottom-up system to install vertical risers, by thrusting pipe segments using a jacking equipment, upward from inside an outfall tunnel, through soil materials in under water conditions and up to breakthrough into a waterbody. The Riachuelo project is a worldwide satisfaction, cleaning up the Rio de la Plata, one of the most polluted rivers in the world. It also allowed treatment and safe disposal of sewage effluents, improving the flexibility and quality of Riachuelo Sewage System. It improved the service for more than 4,3Million inhabitants, incorporating new 1,5 Million inhabitants into the sewer network. The project could also provide social benefits in terms of public health and safety, environmental sustainability, social development and responsibility, and jobs for the public.

Is shield tunneling spoil a waste? A novel solution says no. 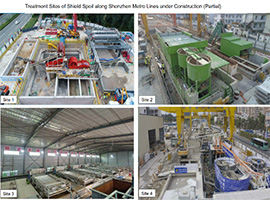 Shenzhen Metro Line 14 features an overall distance of 50.34 km, connecting Futian District with Pingshan District. A group of 49 TBMs have been employed for the tunneling work, adopting earth pressure balance shield method. The process of shield tunneling produces massive shield spoil containing sand, stone, gravel, clay, water, shield additives, etc. Due to its high moisture and weak mechanical properties, shield spoil has commonly been regarded as waste. Traditionally, shield spoil is shipped by special purpose vehicles to designated sites for dumping. However, dumping usually requires a large area of land, and this is unsustainable for an over-crowded city. To address the mentioned issues, a sustainable, efficient and low-carbon solution for the disposal of shield spoil has been developed during the construction of Shenzhen Metro Line 14. It features an intelligent, modular and compact kit used on-site for deriving valuable composing materials (recycled coarse aggregate, fine aggregate, clayey residue and recycled water) from shield spoil. This particular solution, including the application of the kit, has been widely adopted in metro tunneling projects across Shenzhen. In total, an accumulative volume of nearly 11,600,000 m3 shield spoil has been treated through this solution across the city, reducing half of the dumping volume of shield spoil. 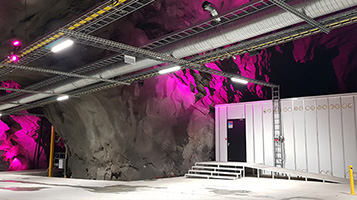 Lefdal Mine was one of the world’s largest olive mines, located next to Nordfjord in western Norway. The mine has large caverns in six levels, totally 75 pcs. and expandable area of 120,000 m2 and has a total length of 500 m and width of 350 m and reaching a depth of 160 m.

The entry addresses novelty, it addresses re-use of existing underground rock caverns that earlier were excavated for extract mineral resources, and it addresses technologies that enable a green approach with renewable energy.

These caverns have been inspected by engineering geologists to make sure that they were safe enough before the beginning of the project. The proposed project is certainly one that fulfil many of the Sustainable Development Goals and the concept of circularity. By reusing the existing mine openings the concept does limit the above foot print, it take benefit of the availability of sea water for cooling purpose and electrical power generated through hydro power development.

Last but not least, in a future that may suffer consequences of climate change the storage is safe for natural disasters, including earthquakes.

YOUNG TUNNELLER OF THE YEAR 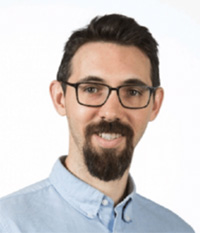 Since then, his passion for tunnelling has led him to work on some of the biggest projects in the world, across four different countries, practice in two languages, obtain multiple licensures, and bring that in valuable global experience back to his home country of Canada.

For the companies he has worked for, Michael not only assumes leadership roles on a project level but has a demonstrated history of leading internal working groups on various technical subjects and has written several internal company design manuals on a variety of tunnel related subjects.