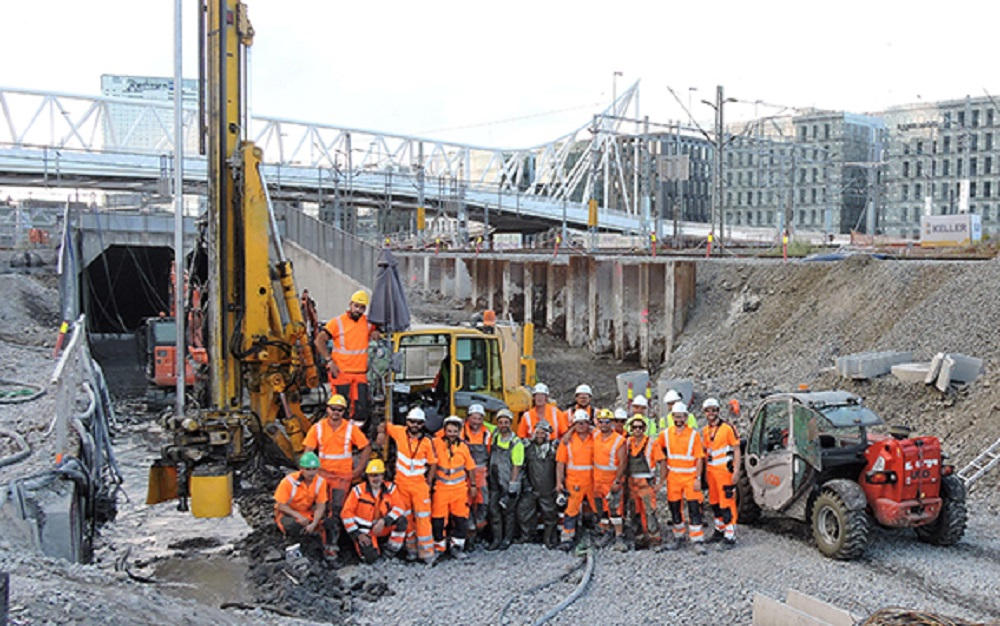 Keller’s work on the prestigious Follo Line Project in Norway has earned an Award of Merit in the Rail category at the ENR Global Best Projects competition.

The annual contest honors construction and design excellence from the past year around the world and is judged by an independent jury of industry professionals.

Follo Line is currently the largest infrastructure project in Norway. Connecting the capital, Oslo, with the suburban town of Ski, it includes a 20-km long twin tube tunnel; the longest railway tunnel in the Nordic countries.

“We developed a new way of installing pre-stressed strand anchors,” says Dominik Gächter Branch Manager Norway. “Instead of drilling down up to 100 m into the bedrock, they were installed in 15-m long jet grouted columns. To my knowledge this has never been done before in Norway. They’ve performed well and there has been a big reduction in drilling costs.”

Keller’s work began in May 2016 and in July 2019 crews officially completed the last jet grouting column on site.

Dominik adds: “Keller’s work on the Follo Line Project was completed after an intense three-week period in summer 2019, during which Keller executed more than 10,000 m of jet grouting in both day and night shift production. I would therefore like to thank the whole team on-site for their commitment to making this project a success for Keller. I would also like to thank the project team from Bane NOR for the excellent cooperation and trust in Keller over the last three years. Hopefully we can support Bane NOR on other projects in Norway with our various geotechnical solutions in the future.”

“Bane NOR, the Norwegian state-owned company responsible for the national railway infrastructure, is pleased to congratulate Keller with this award,” says Anne Marie Dyrøy, Project Manager for the construction area close to Oslo Central Station. “The Follo Line Project is a unique, large-scale project with challenging construction in challenging ground conditions. With good cooperation between Keller and Bane NOR and other companies involved, their part of the work has been executed to our best satisfaction.”