You are at:Home»People»Kelly Joins WSP as VP and Sr. Project Manager 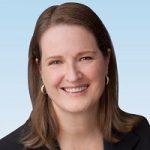 Sharon Kelly has joined WSP USA, a leading engineering and professional services consultancy, as a vice president and senior project manager in the firm’s Portland office.

In her new position, Kelly will be responsible for leading planning and environmental work on large transit projects nationwide. Her addition to the firm’s transportation and infrastructure practice, strengthens WSP’s transit planning expertise, particularly in the Pacific Northwest.

Kelly comes to WSP with more than 40 years of experience in transportation and land use planning, including project management for large and small transit projects, environmental analysis and transit-oriented development.

Kelly has managed a wide range of planning and design studies at the regional, county and city levels. Projects she has led have been recognized with multiple national awards, including three Federal Transit Administration National Awards for “excellence in environmental document preparation” as well as two national awards from the American Planning Association.

Kelly has worked extensively in both the private and public sectors. She held senior positions at the Oregon Metro and TriMet, and has also served as a land use planner for Washington County, Columbia County, and the cities of Wilsonville and Albany, all in Oregon. More recently she has worked for two large engineering firms on a variety of planning and transit projects for public agencies, including serving as consultant team project manager for two extensions of Sound Transit’s Link light rail system.

WSP has supported the delivery of numerous projects in the Pacific Northwest, including the Alaskan Way Tunnel in Seattle, the recently opened nearly 2-mile long, double-decked road tunnel that replaced the seismically vulnerable Alaskan Way Viaduct; Vancouver Waterfront Park, a new 7.3-acre park opened in September 2018 as a key component of Vancouver’s $1 billion waterfront master plan; and the Swift Green Line, a 12.5-mile bus rapid transit corridor for which WSP provided services from planning through final design and construction.