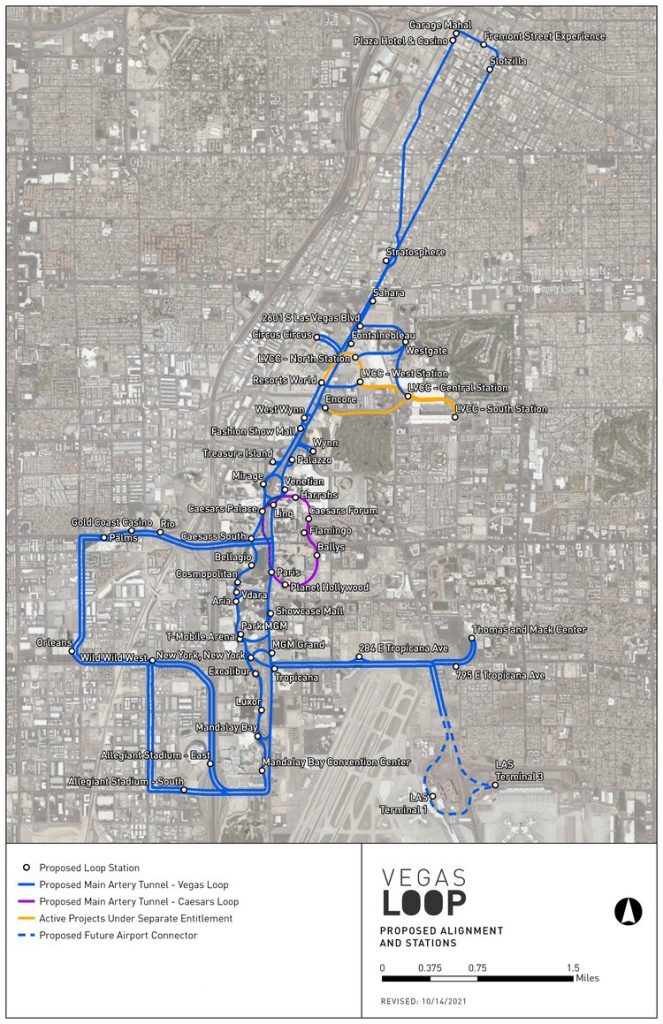 The Boring Company’s application to expand the Vegas Loop into downtown Las Vegas has been approved by the Las Vegas City Council. According to the city website (lasvegasnevada.gov), the project is being privately funded and there will be no fee reductions. Construction is tentatively scheduled to begin in early 2023.

According to the city website, the Vegas Loop will incorporate safety features  including gas and smoke detection, and walkways for emergency egress.

The 50-year, non-exclusive agreement allows The Boring Company to use Las Vegas’ right-of-way to construct, operate, and maintain a privately funded underground transportation system. No taxpayer funds are requested or contributed with all funding coming from The Boring Company and private properties.

Vegas Loop is envisioned to be a 34-mile-plus tunnel network with 55-plus stations including Harry Reid Airport and Allegiant Stadium.

You can view the City of Las Vegas announcement here.