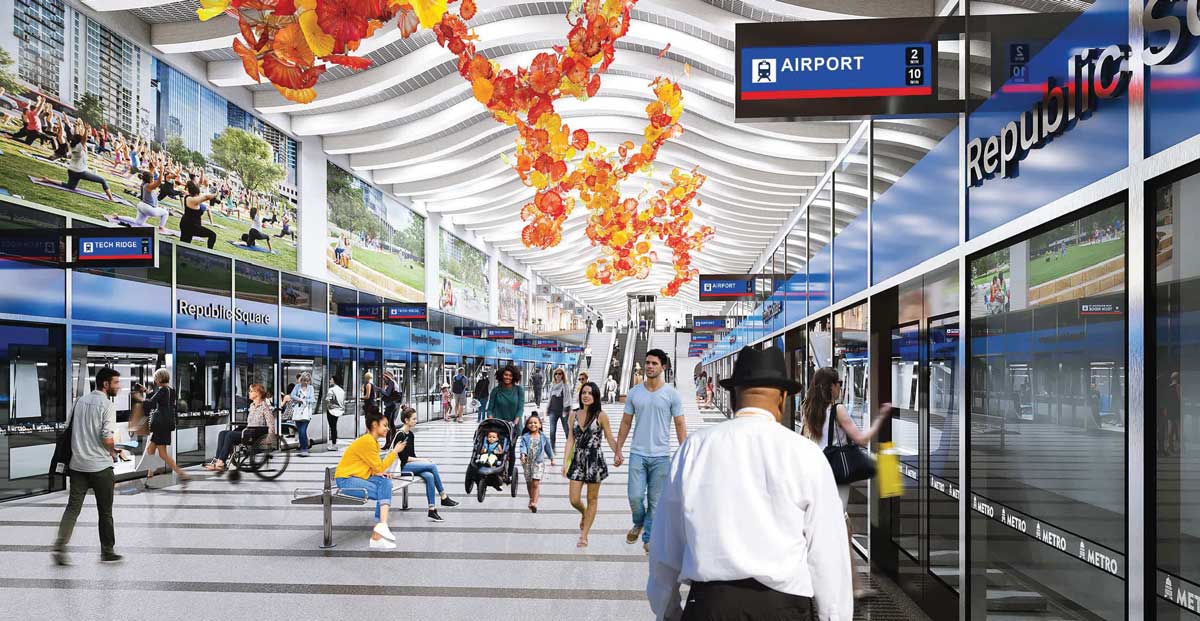 No doubt 2020 has been a year to remember … and forget. While there were a lot of lows, there are also highlights, as well as some promising new trends that could have a positive impact on the tunneling market in future years.

A couple of news pieces caught my eye recently, starting with the announcement that Virgin Hyperloop completed its first passenger test at the company’s test track near Las Vegas. Company officials envision that the fully developed hyperloop system will achieve traveling speeds of 600 mph, while the November tests only reached a fraction of that at 100 mph. The tests were conducted in a two-person pod, with pods containing 25-30 people envisioned for the final product.

Hyperloop uses a reduced atmosphere tube – not quite a vacuum – to transport pods at high speed with little energy. Virgin Hyperloop’s concept includes magnetic levitation, which has been used successfully for high-speed rail travel on its own in Europe and Japan. (Meanwhile the Northeast Maglev is currently being planned for a high-speed link between Washington, D.C., and Baltimore, with plans to eventually extend northward to New York.)

Hyperloop proposals have been discussed across the United States, and across the globe, with plans announced for the East Coast, Midwest, Texas, Rocky Mountains and the West Coast.

Another promising development was the approval of Austin, Texas, voters on Nov. 5 of the $7.1 billion Project Connect transportation proposal. This proposal, which includes a 1.6-mile tunnel in the city’s downtown area, includes using property tax revenue to fund the project, although 45 percent of funds would come from federal coffers, according to constructiondive.com. In 2016, voters in Los Angeles and Seattle approved ballot measures to provide local funds to extend public transportation systems in their respective cities.

Given the current political situation in Washington, D.C., it is likely that transportation infrastructure investment is going to have to be driven locally. It is an encouraging sign that voters are recognizing the value of investing in transportation as a viable and sustainable option.

Meanwhile, in the near term, it looks like 2021 will start off similar to what we have come to know as the new normal in 2020, with in-person events cancelled or delayed. The Moles cancelled their annual Awards Dinner in January, with The Beavers rescheduling their event for April. The annual George A. Fox Conference, also held each January, has been reformatted as an online event. The 2021 World Tunnel Congress, which had been planned for May 2021, has been pushed back to April 2022. Benjamin Media and its partners are moving forward with online versions of the Microtunneling Short Course and Risk Management in Underground Construction course.

Wishing everyone a happy and healthy holiday season!