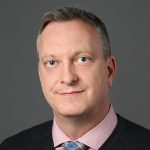 McMillen Jacobs Associates Underground Division has appointed Don Wotring, PhD, PE as the new Dallas office leader. Wotring is a principal with the firm and has over 20 years of experience in the underground industry. As Dallas office leader, Wotring will oversee operations in the Texas market, and lead the continued growth of McMillen Jacobs’ underground engineering services in this area.

“I’m excited to be taking on this role for McMillen Jacobs in Dallas. I look forward to working with our clients in the Dallas-Fort Worth area as well as broadening our impact in the greater Texas region,” said Wotring.

Wotring will be supported by Richard Yovichin who has recently relocated to the Dallas office. Yovichin is a senior staff engineer with a focus in geotechnical engineering and a background in geology.

Dallas is McMillen Jacobs’ first Texas office and was opened in 2021 to support project work under contract in the Dallas-Fort Worth area as well as support the greater Texas market. Dallas expanded McMillen Jacobs’ Central Region presence to the south, adding to its five existing regional locations in Cleveland, Columbus, Chicago, Nashville, and Pittsburgh.