You are at:Home»News»Metrolinx Puts Out Call for Teams to Work on Finch Station as Part of Yonge North Subway Extension 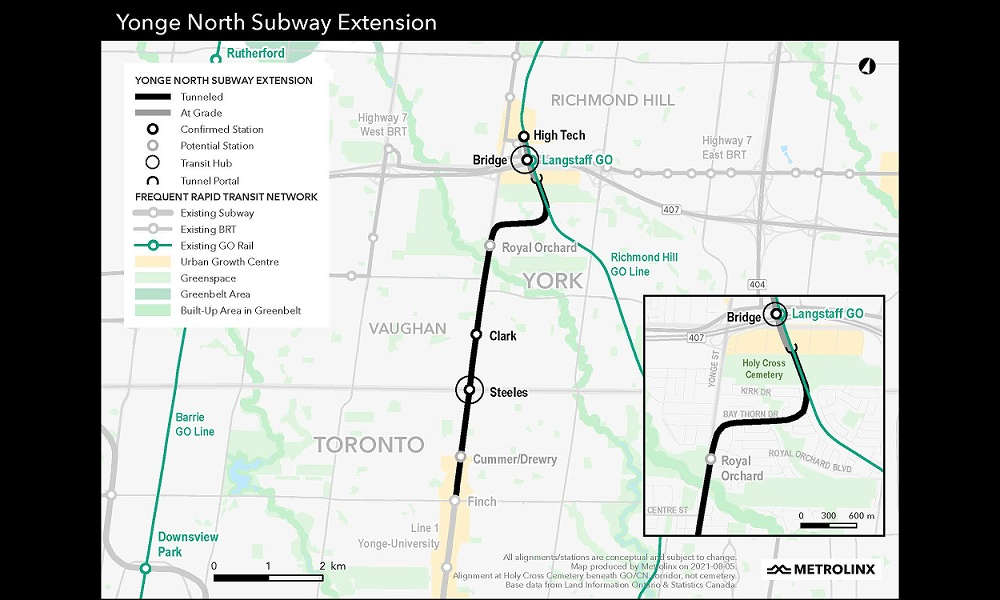 Metrolinx officials announced Dec. 14 they are looking for teams who are interested in completing early upgrades at Finch Station before major construction on the Yonge North Subway Extension begins.

The Request for Qualifications asks any interested teams to share their qualifications and construction expertise so they can be included when the bidding process begins next year. This ‘early works’ will create the foundation for major construction set to start in 2023, and help Metrolinx keep the project running smoothly. The Yonge North Subway Extension will extend Line 1 roughly 8 km north from Finch Station with four new stops along the way that will serve North York, Markham, Richmond Hill and Vaughan.

A lot of the work will happen behind the scenes in parts of Finch Station that are seldom noticed by transit riders – but they’re an important part of the progress being made on this project. The early works include upgrades to portions of the station that will connect existing Line 1 service to the future subway extension.

What’s Included In This Work?

The most noticeable work will happen at street level, where improvements will be made to the electrical system that powers the rails. Heavy-duty cables that will travel from an existing traction power substation – a building where electricity is converted to a form suitable for providing power to the subway – on Hendon Avenue to Finch Station, will be secured inside a protective casing and installed underground. A new fire department connection will also be installed near the intersection of Yonge Street and Hendon.

The ‘tail tracks’ that support existing Line 1 service provide temporary parking space for subway trains while they’re not taking riders to and from their destinations. The changes Metrolinx is making to the tail track area will prepare it to become part of the main subway line. This involves extending the waterless sprinkler system from the existing service tracks through the tail tracks, along with new cables and other equipment that will link the future subway extension into the existing communications and support systems.

The rooms where transformers and other electrical equipment are housed will get an upgrade, too. The systems inside provide Line 1 with the power it needs to keep the city moving. Minor renovations will be made to these areas to accommodate the additional power cables that will travel underground from the traction power substation.

Metrolinx will collaborate closely with the City of Toronto and the TTC to keep customers and road users up-to-date on the work taking place and to keep people moving.

Construction on the early works at Finch Station is expected to start in the fall of 2022.

“Our future project partners will be part of a team that is building a transit legacy in this region for generations to come.”