You are at:Home»News»International News»Milan’s M4 Metro Line Opens to Passengers 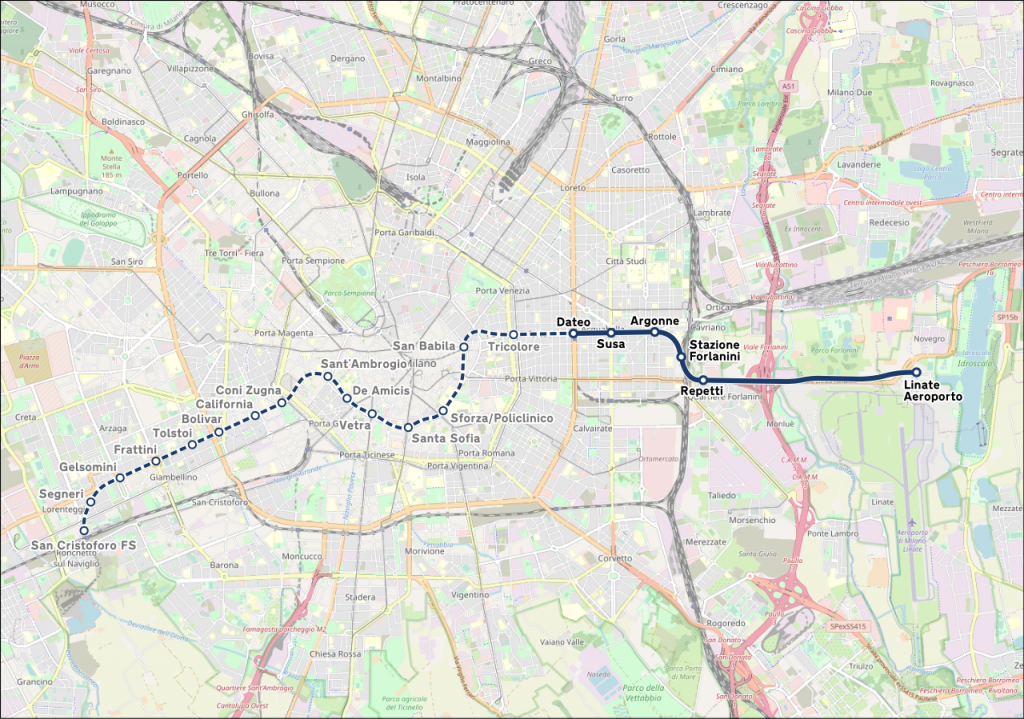 “I am very happy to be in Milan today to deliver to the city’s residents this new metro line: the first part of the M4 and the park that we built along Viale Argonne. This is the result of the expertise and commitment of all the women and men who have worked to create this infrastructure during a particularly difficult moment, what with the increase in raw materials prices, COVID and the war. It is a very important achievement for Webuild, which continues to deliver to clients and their residents new sustainable infrastructure of excellent quality.”

Those were the words spoken by Webuild Chief Executive Pietro Salini at the inauguration of the first six stations of the metro line built by the Group in the capital of the Lombardy region. With this opening, the public will be able to travel in a mere nine minutes the 5.4 km between the Linate city airport and the Dateo station. This first section of an extremely complex engineering project is transforming the city and strengthening Milan’s role in Europe.

The inauguration of stations Linate Airport, Repetti, Forlanini Station, Argonne, Susa and Dateo was held at the city airport with the participation of Italian Minister of Infrastructure and Transport Matteo Salvini, Milan Mayor Giuseppe Sala, Lombardy President Attilio Fontana, Salini, as well as scores of workers who have been involved in the project.

“The M4 is a story of Italian excellence. It has been an enormous effort to work both above and below the city contemporaneously, contributing to a redesign of what lies below the surface and what lies above it with projects of urban renewal,” said Salini.

The M4, which is to be completed in 2024, will cross the city for a total of 15 km, from the Linate city airport in the east, through the historic center, and then to the west to the San Cristoforo train station. It will have 21 stations and take only 30 minutes for its trains to do the entire route. These are the numbers that will make the city one of the most accessible in Europe via an airport. By next spring when this first section of the line will be open all the way to San Babila in the center, it will take a little more than 12 minutes from the airport.

The project was commissioned by the City of Milan and built by the M4 concessionaire company, which is in charge of the design, construction and management of the line. The company’s private investors are led by Webuild. The line is completely underground and fully automated with driverless trains – an innovative technology that allows for a safer and more efficient service. The M4 will cross the historic center of Milan and contribute to a significant reduction in street traffic. Once it will be fully open, it will be able to carry 24,000 people per hour in either direction. On an annual basis, it will have up to 86 million potential passengers, with trains passing every 90 seconds during peak times. In terms of mobility, the M4 will have an impact on the city, giving it one of the most extensive metro networks in Europe at 188 km.

Webuild’s technical know-how was put to work during the excavation of the line with tunnel boring machines (TBMs), the safeguarding of the city’s artistic and historic heritage with the temporary transfer of monuments such as the Column of Verziere, the Statue of the Saviour at Largo Augusto and a medieval wall on Via Francesco Sforza. The monuments will be put back to their original place after they have been cleaned and restored under the supervision of the superintendency.
The Webuild Group, a global reference in the sector of sustainable mobility with a track record of more than 13,600 km of rail and metro lines, is today involved in the construction of some of the most complex projects like the Grand Paris Express. In Italy, in addition to the M4, it is working on Line C of Rome and sections of the Naples metro system.