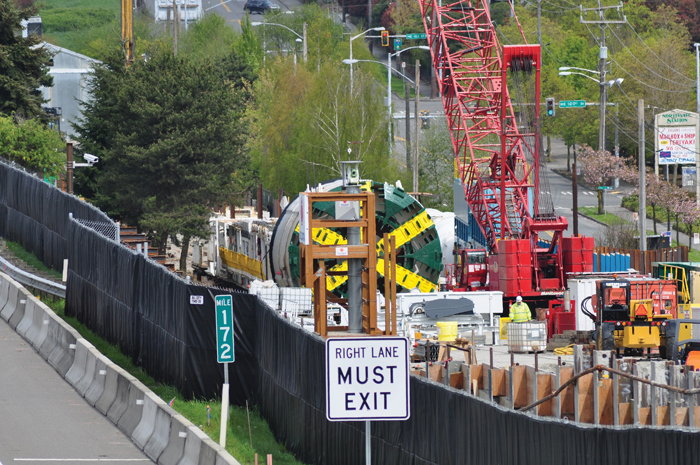 Seattle’s Link Light Rail is a rapid transit program being implemented to improve transportation in the greater Seattle area. It currently consists of 16 miles of light rail with 13 stations running from SeaTac airport to the Westlake Station in downtown Seattle.

This article examines the program implemented on the Northgate Link project to monitor ground movements to avoid potential settlement issues related to excavation and associated risks to adjacent structures. The project is being constructed by a joint venture of Jay Dee, Coluccio and Michels (JCM) for owner Sound Transit.

Soldata has been contracted by JCM to undertake monitoring along the alignment of a twin bore tunnel. Each bore is 21-ft in diameter and 3.6 miles long, provide routing for a light rail from the Husky Stadium to Northgate, via stations at University District, Roosevelt and Northgate. Soldata is undertaking the structural and geotechnical monitoring of the alignment, two stations and the launch portal during the works, which is predicted to take up to three years to complete. The works combine automated and manual aspects of monitoring in a manner to optimize data collection, processing and management. Principally, the automated monitoring is concentrated around three excavations near the surface: the Maple Leaf portal, the Roosevelt Station and the University District Station. 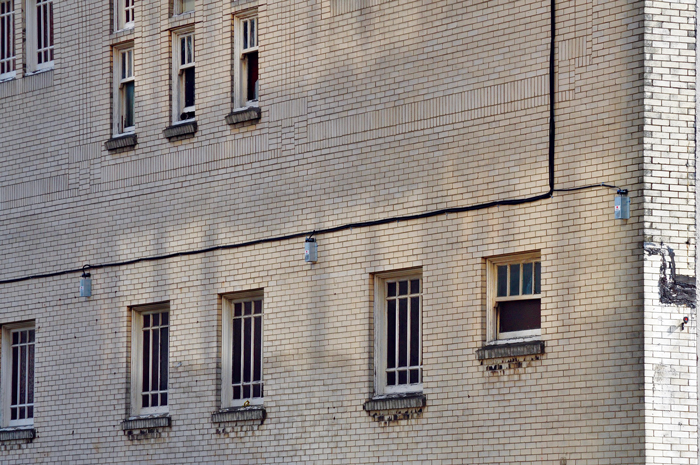 Around the University District Station excavation, additional structural monitoring within buildings adjacent to the excavation has been specified, which includes tiltemeters, crackmeters and wireline extensometers.

At each of the three locations, a zone of influence of the excavation 200 ft is being monitored for settlement using the Cyclops automated monitoring total station (AMTS) system from Soldata. The system is taking measurements from prisms mounted onto structures within the zone of influence, as well as on the walls of the excavations. The Cyclops system pilots the AMTS and allows the data to be processed and displayed in Geoscope, the Soldata instrumentation data management system that connects via cellular modems alongside a mini computer that pilots the AMTS and allows continuous data collection.

The Cyclops system is able to collect data 24/7 without the need for manual intervention, and allows for quantities of data to be collected and processed. In addition to the Cyclops system, inclinometers have been installed within the walls of the excavation to determine any movements of the piled walls at the Maple Leaf Portal and University District Station, and the slurry wall constructed at Roosevelt Station. These are read manually with the data being downloaded in the office and unloaded direct onto Geoscope. The three excavations are also monitored with load cells and strain gauges on props, tie backs and soil nails. There will be 77 load cells, 31 in the University District Station excavation, and 46 in the Roosevelt Station excavation. A total of 28 strain gauges will be installed, four at Maple Leaf, four at Roosevelt and 20 at University District. These are wired back to dataloggers, which record the data, and then upload the data onto the Geoscope server at regular intervals using 3G modems. These sensors allow any changes in load on the elements being monitored to be detected and allow confidence that the design is working as expected.

Around the University District Station excavation additional structural monitoring within buildings adjacent to the excavation has been specified, which includes tiltemeters, crackmeters and wireline extensometers. These sensors provide assurance that the buildings have not moved beyond defined limits due to the works being carried out within a few feet of their foundations. These have all been installed on the exterior of the buildings or within the basement at discreet locations, with dataloggers sending back information to the server and data displayed on Geoscope.

Along the alignment of the tunnel 107 automated multipoint borehole extensometers (MPBXs) have been drilled and installed. These sensors are also automated for hourly data transfer. The MPBXs monitor the movements of the soils during the approach of the tunnel boring machine and also are positioned above the tunnel to detect movements of the soil once the TBM has passed through. Additional MPBXs have been located on all cross passages for the same reason.

All the buildings assessed to be within the zone of influence of the tunnel have been fitted with reflective targets that can be read by total stations. The data collected from the field is then processed manually in this case, and uploaded onto the Geoscope server for display to the client. As well as buildings, surface settlement points, near-surface settlement points and utility settlement points have been installed to ensure that the sidewalks, roads and utilities beneath them remain unaffected by the passing of the TBM. These points are monitored principally using total stations, but as a quality check regular levelling runs using a digital level have been incorporated into the monitoring schedule. This aspect of the works provides the bulk of the data collected, and as such could have been done using the Cyclops systems used around the excavations.

However, with a  daily reading frequency specified, given the lower geotechnical risk in those areas, there was no need to implement a continuous real-time data and alert management system. The manual monitoring also provides and effective back up to the automated monitoring to provide independent checks on data provided by the Cyclops systems around the excavation areas. The flexible combination of manual and automated monitoring systems allowed the project stakeholders to match the risk level with the adequate risk mitigation tool.

The Geoscope system used to display the data has the advantage of displaying all the data for each monitored point or sensor graphically or showing data in a table format. Also, limits can be set to provide automated alerts via SMS text and email if any movements beyond the limits are detected. This rapid alert system allows quick response by the contractor to any potential movements caused by the construction. In addition the points shown also vary in color to suit if the point has exceeded the limit levels set, allowing for quick identification of any areas of concern. Data can also be downloaded from Geoscope in an Excel file to allow manipulation of the data into other programs for further analysis. Also, various types of data can be compared, for example, prisms on piles can be compared with nearby surface settlement points to confirm movements in one area.

The Northgate Link project monitoring by Soldata has been a combination of all the monitoring techniques available to the client with an eye on both quality and costs combined to provide the most effective solution possible.