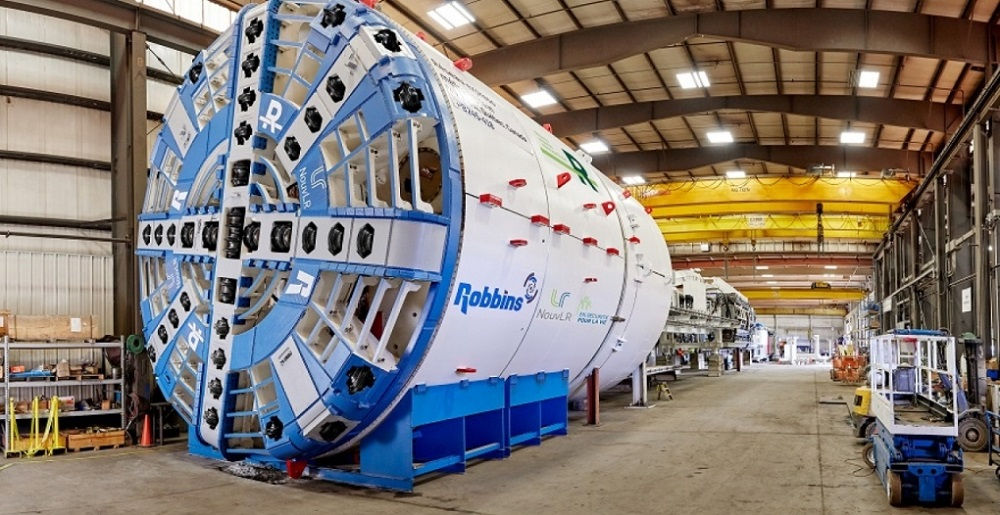 The TBM for the Réseau express métropolitain (REM) tunnel has selected the name ‘Alice’ based on suggestions from the public. The winning entry is a nod to Alice Evelyn Wilson (1881–1964), a Canadian geologist and paleontologist who conducted fundamental studies for the analysis of rocks and fossils in the St. Lawrence Lowlands and the Ottawa Valley. Her work led to the development of several reference maps in these regions. This made her name a natural choice for a TBM.

Beyond her research, Wilson made a significant contribution to women’s rights in science. After university, she fought to become the first female geologist employed by the Geological Survey of Canada (GSC) and to be allowed to accompany men in the field. REM officials also liked the allusion to the rabbit hole in Alice in Wonderland.

The REM is a new automated light rail network. It will include 26 stations and span the greater Montréal area with 67 km of tracks–by comparison, the current metro network is 71 km long. The REM is the largest public transit project undertaken in Québec in the last 50 years. The first trains are expected to start running in 2021 from the South Shore to Bonaventure-Central Station. Then, the other branches of the network will be gradually put into service in 2022-2023.

The REM includes a 3.5-km tunnel connecting Technoparc station and Trudeau airport. The begins at a shaft in Technoparc and will mine toward the airport, starting at a depth of 12 m (40 ft) and will go up to 35 m (115 ft) below the airport runways.

The 7.38-m diameter Robbins TBM began arriving in Montreal in November, and is entering the assembly phase and should start to gradually take shape early next year. Several weeks of testing will then be needed in order to start drilling in the coming months.