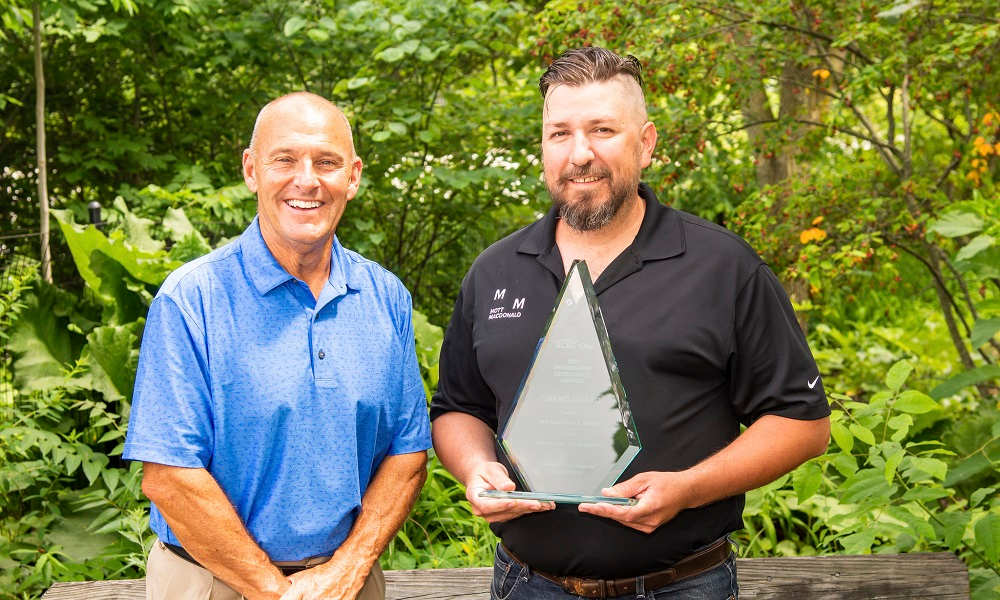 The ACEC Ohio Engineering Excellence Awards Competition is a national program that, for over 50 years, has recognized engineering companies for the role they play in developing projects “that demonstrate a high degree of achievement, value and ingenuity.”

Every year, engineering companies from across the country enter their most innovative design projects and studies in state competitions, such as ACEC Ohio’s, with the top entries from each state advancing to the national competition in Washington.

This year, a tunnel project in Cleveland took ACEC Ohio’s top prize. The Grand Award was presented to engineering firms Mott MacDonald and Stantec, as well as the owner, the Northeast Ohio Regional Sewer District, for the Easterly CSO Tunnel System. The awards were presented June 10 at the Columbus Zoo and Aquarium.

The project will benefit the approximately 18,000 residents in Cleveland and more than 11 million people who get their drinking water from Lake Erie. The many people who use the lake, river, and streams for fishing, diving, boating, or other recreational purposes will benefit.

Projects are judged according to these five criteria: