You are at:Home»News»Anniversary of Cuyahoga River Fire Marks Completion of Dugway Storage Tunnel 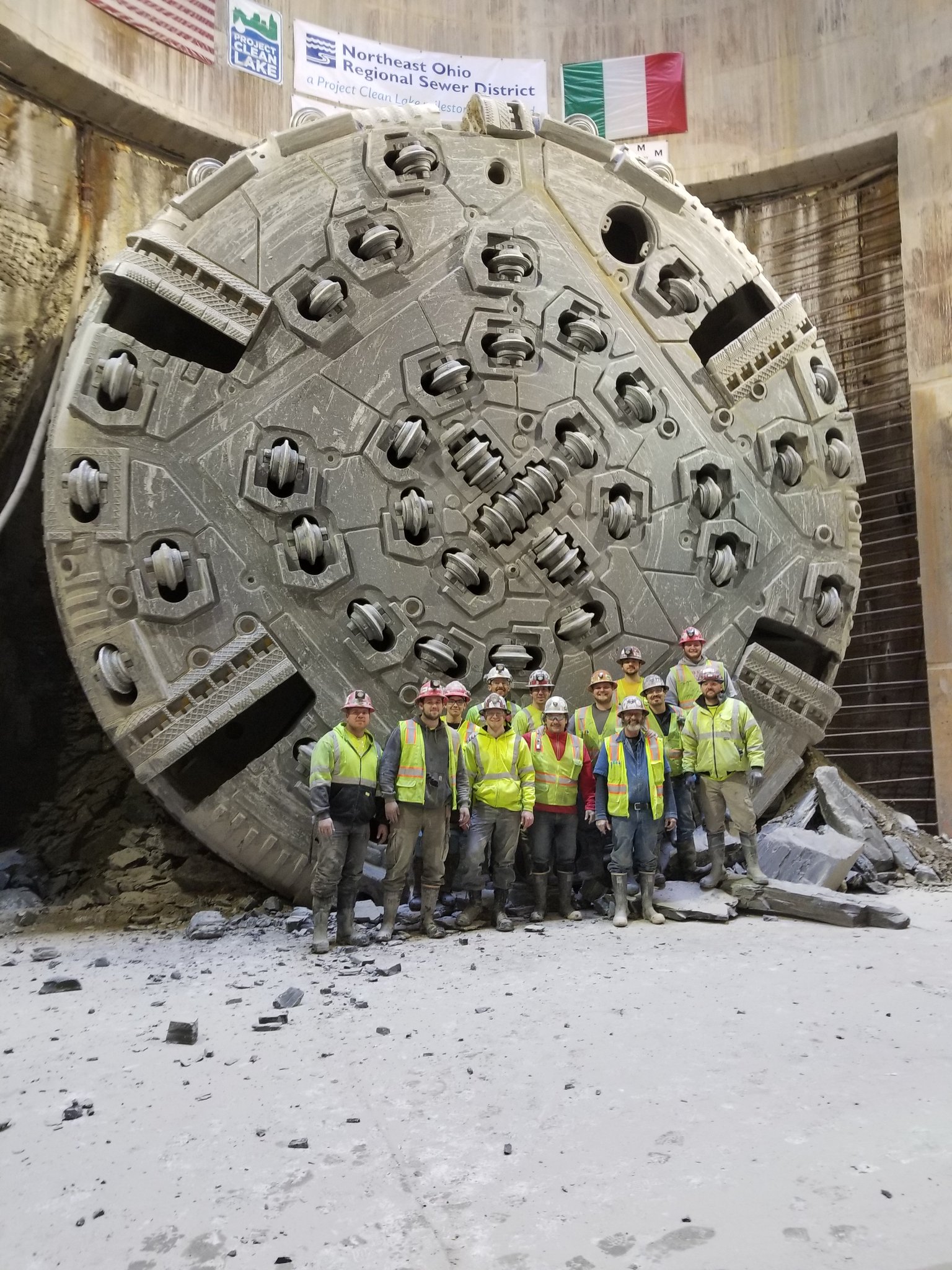 On June 18, the Northeast Ohio Regional Sewer District’s Board of Trustees passed Resolution 180-20, a Final Adjusting Change Order, for the Dugway Storage Tunnel. As a result of outstanding project management, this contract will close $4,625,340.90 under budget.

The Dugway Storage Tunnel, originally a $153 million project, is the second in a series of seven storage tunnels constructed as a part of Project Clean Lake, the Sewer District’s 25-year, $3 billion program to drastically reduce the amount of combined sewage entering local waterways during heavy rain events; this is referred to as a combined sewer overflow. Additionally, it is the third tunnel overall; Prior to Project Clean Lake, the Sewer District constructed the Mill Creek Tunnel, located in the Southerly Service Area.

“Today marks 51 years since the 1969 Cuyahoga River fire, an event that was the catalyst for environmental change, including the need for investing in our sewer and stormwater infrastructure,” said Kyle Dreyfuss-Wells, Sewer District Chief Executive Officer. “Since our creation in 1972, the Sewer District has been committed to that effort, investing nearly $5 billion in sewer and stormwater infrastructure designed to protect public health and the environment. Project Clean Lake further reflects the commitment we have to our region, our customers and the environment, and we look forward to continuing this work for the next 50 years and beyond.”

The Euclid Creek Tunnel, the first tunnel constructed under Project Clean Lake, and Dugway Storage Tunnel, together with the Easterly Tunnel Dewatering Pump Station, which pumps sewage to the Easterly Wastewater Treatment Plant, represent a $416 million investment in clean water. The system will reduce the amount of raw sewage discharging into the environment during heavy rain events by 720 million gallons each year.

Nearly $49 million, or almost 33% percent of the total contract, was awarded to Small Business Enterprise-certified subcontractors; these businesses are all located within a 11-county area including Cuyahoga, Geauga, Jefferson, Lake, Lorain, Mahoning, Medina, Portage, Stark, Summit or Trumbull Counties.

About the Dugway Storage Tunnel

The Dugway Storage Tunnel is nearly 3 miles long and 24-foot in diameter, large enough to fit a tractor trailer. It runs 200 feet underground through the Glenville neighborhood, and connects to the Easterly Tunnel Dewatering Pump Station. The pump station is located in Bratenahl, located just south of I-90. During a heavy rain event, the tunnel has the capacity to hold 55 million gallons of combined stormwater and wastewater. Construction began in 2015 and was completed this year.

Greater Cleveland’s earliest sewers (primarily within the City and its inner-ring suburbs) are combined sewers. Built around the turn of the 19th century, these sewers carry sewage, industrial waste, and stormwater in a single pipe.

During heavy rains, there is a dramatic increase of water flowing through the combined sewers. When this happens, control devices may allow some of the combined wastewater and stormwater to overflow into area waterways—such as Lake Erie and Euclid Creek—to prevent urban flooding. This event is called a combined sewer overflow, or CSO, and harms our clean water environment. In 1972, nearly 9 billion gallons of raw sewage was discharged into the local water bodies. Through decades of investment, the Sewer District reduced the volume to 4.5 billion gallons. At the conclusion of Project Clean Lake, the Sewer District will have reduced discharges to 500 million gallons.