You are at:Home»News»NEORSD’s Westerly Tunnel Reaches Milestone with Lowering of Cutterhead 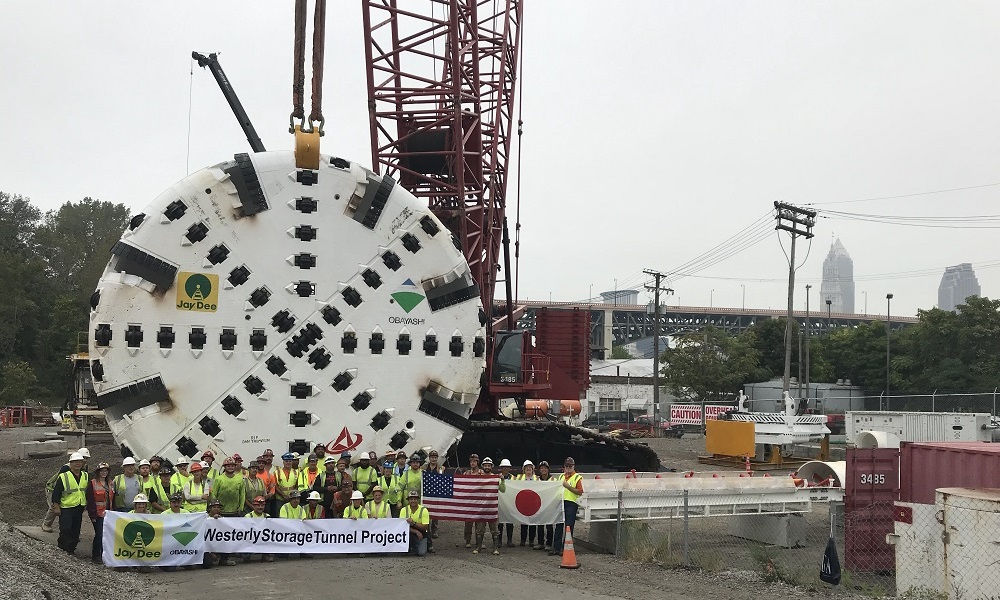 Digging a 2-mile tunnel 200 ft under Cleveland requires a tunnel boring machine and a huge cutterhead in front of it. The cutterhead for Northeast Ohio Regional Sewer District‘s Westerly Storage Tunnel is 29 ft tall, some 300,000 lbs, and on Oct. 3 was hoisted by crane and lowered to the bottom of the launch shaft where it will be attached to the tunnel boring machine being assembled underground.

The Lovsuns TBM will bore through shale, advancing at a speed of about 5 ft an hour, installing precast concrete segments as it progresses.

The Westerly Storage Tunnel is the latest in the district’s Project Clean Lake tunnels that will reduce combined sewer overflow pollution in Lake Erie by 4 billion gallons a year upon completion in 2036.
The cutterhead was built in China and spent weeks traveling overseas before reaching the Port of Cleveland in September.