You are at:Home»Featured Stories»NAT Returns with Strong Turnout in DC

The North American Tunneling (NAT) Conference returned to its regular rotation June 24-27, 2018, in Washington, D.C. The biennial event missed its turn in 2016 as the United States hosted the ITA World Tunnel Congress, but was back in force with a strong program in this year.

NAT, hosted by the Underground Construction Association (UCA), drew 1,153 attendees and more than 140 exhibitors, making it among the highest turnouts in the conference’s history. Of course, the technical program is a hallmark of the vent and featured more than 140 presentations covering four tracks: Technology, Design, Planning and Case Histories. “As usual, the breadth and depth of the technical sessions were the main draw of the conference – in spite of the competing World Cup!” said UCA Chairman Mike Roach of Traylor Bros. Inc. 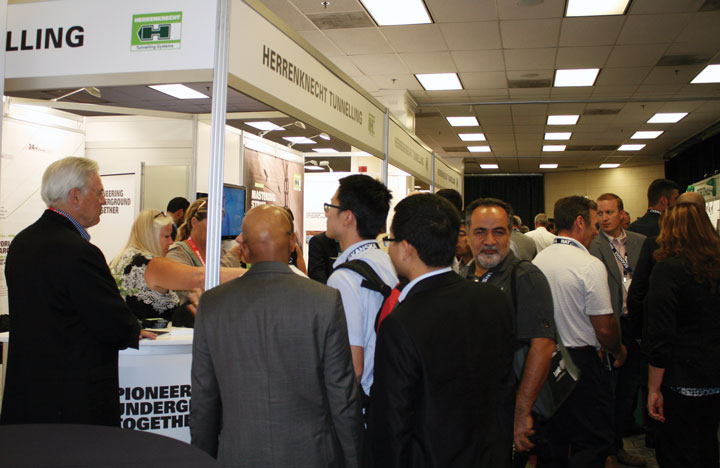 In addition to the conference and exhibition, NAT offered a wealth of educational and networking opportunities throughout the week. Highlights included short courses on Sunday, June 24, one on grouting and one on precast segments. A Sunday afternoon forum also conducted to solicit input for the proposed revision of the UCA publication “Recommended Contract Practice for Underground Construction.”

A special networking reception was held owners, as well as for the Young Members and Women in Tunneling groups. “The networking events were a highlight of the conference,” Roach said. “Each one was well attended and hopefully will lead to even greater industry participation in the future.”

Keynote speakers included the Welcoming Reception talk by Deputy Architect of the Capitol Christine Merdon, who spoke about the recently completed Capitol Dome restoration project. The luncheon keynote was delivered by Christopher Mossey, Deputy Director of the Long-Baseline Neutrino Facility, who spoke about the U.S. Department of Energy’s construction on an underground research facility in North Dakota. 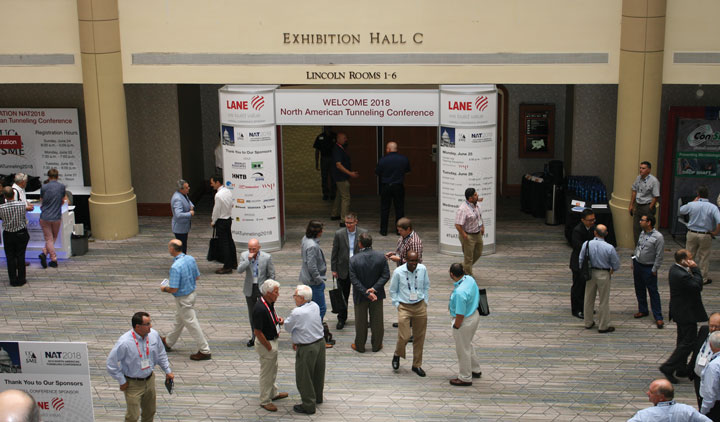 The event was held at the Marriott Wardman Park, the site of the Rapid Excavation and Tunneling Conference in 2013. NAT 2020 will be held June 6-11 in Nashville. RETC 2019 is scheduled for June 16-19 in Chicago. 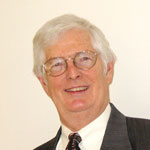 He has consulted on world-class projects, including transit systems and water, sewer, highway and hydroelectric tunnels. Parker has served as chair of UTRC, USNC/TT and ACI underground shotcrete committees. He has also served on the executive council of the International Tunnelling and Underground Space Association (ITA), represented ITA at the United Nations and was ITA president for three years. He also served in senior management positions and helped develop engineering staff and new markets for several firms. 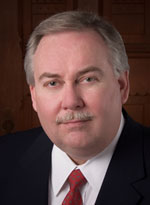 David R. Klug is the president of David R. Klug and Associates Inc. and Klug Construction Systems LLC based near Pittsburgh. The companies provide international and national manufacturer representative services to the underground heavy civil and mine construction industries.

Klug has more than 40 years of industry involvement in many of the major tunnel programs constructed in the United States and Canada. In conjunction with his European clients, he conducts industry outreach seminars to Europe for people from the U.S. and Canadian tunneling industry to study European methods of tunnel construction and contract delivery practices. To date, Klug has conducted 12 European tunnel seminars.

Klug received a bachelor of science degree from West Liberty State College. He is a past chair of the UCA (2009-2011), a member of the UCA Fox Conference Committee, the Moles and the Associated General Contractors of America affiliate of Western Pennsylvania.

The Outstanding Individual Award recognizes those individuals, including contractors, engineers, owners and suppliers, who have made significant contributions to the field of tunneling and underground construction and to the Underground Construction Association (UCA). 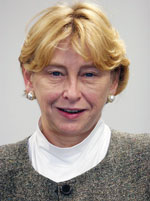 Dr. Priscilla Nelson is professor and head of the Department of Mining Engineering at the Colorado School of Mines. She previously was provost at the New Jersey Institute of Technology, program director and senior advisor at the U.S. National Science Foundation, and professor in civil engineering at the University of Texas at Austin. She has worked for the U.S. Department of Energy and the state of Texas on the superconducting super collider project, and she served two terms on the U.S. Nuclear Waste Technical Review Board.

She received the Kenneth Andrew Roe Award from the American Association of Engineering Societies and the 2011 ASCE Henry L. Michel Award. In 2016, she was appointed chair of the Mine Safety and Health Research Advisory Committee of NIOSH.

The Outstanding Educator Award is presented by the UCA Executive Committee to professors and teachers who have had an exceptional career in academia and education in the areas of underground design and construction. These individuals have also made significant contributions to the industry through their academic interests, as well as through the introduction of many student graduates into the industry. They are nominated by their peers.

Project of the Year Award: 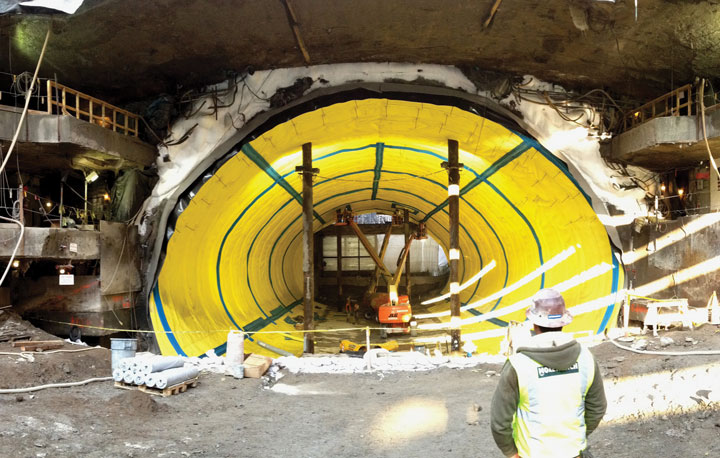 The construction of the Northern Boulevard Crossing, characterized by complex soil geometry, a high water table and an active, triple-level transit corridor above the tunnel alignment, is recognized as the most technically challenging aspect of New York City MTA’s East Side Access project. The Crossing, approximately 12-m (40-ft) high by 18-m (60-ft) wide, 38-m (125-ft) long and 26 m (85 ft) below ground level, was constructed using the sequential excavation method (SEM).

The pre-existing transit corridor consisted of an active five-track IND subway box just a few feet above the tunnel crown, the Northern Boulevard itself, and east/westbound elevated BMT tracks, all heavily traveled. Public safety during the work was critical, and protecting these structures from movement during the performance of the work was considered paramount.

However, site restrictions that included groundwater drawdown limitations and a moratorium on vertical drilling from Northern Boulevard or from the overlying subway tunnel severely limited available options. A canopy of frozen ground installed above the tunnel alignment to provide the required ground water control, as well as a structural arch for the sequential tunneling operation, was considered the only technically viable option. This option was suggested by the project designer and adopted by the design-build contractor.

The project was the first sequentially excavated, soft-ground tunnel in New York City. The size of the excavated tunnel completed beneath a frozen arch is unprecedented. There were many complicating elements that had to be overcome in creating the frozen arch and constructing the tunnel, including underpinning the elevated rail line and penetrating the existing four clusters of 16 pipe piles, which were indicated without any detail on old structural drawings. There were unique and previously unattempted settlement and heave-control measures performed in conjunction with a frozen ground improvement to protect the pre-existing transit structures.

Other challenges included waterproofing, which was installed in stages due to the underpinning piles, and the final lining, which was constructed using shotcrete and massive ring steel. The complex and challenging project was marked by extensive preplanning, stringent controls, a sophisticated monitoring program and a cooperative project team effort, which resulted in problem-free tunnel excavation with no appreciable movement of the overhead structures.

The Project of the Year Award recognizes an individual or a group that has shown insight and understanding of underground construction in a significant project, which may include a practice, developing concepts, theories or technologies to overcome unusual problems within a project.