You are at:Home»News»Nazem Joins HNTB in Seattle 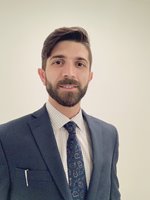 Ali Nazem joined HNTB Corp.‘s national tunnel group as tunnel engineer and becomes the latest addition this year to the growing tunnel and underground team at the firm’s Bellevue office. Nazem supports the West Seattle to Ballard Line Extension project after serving in a research role for the Colorado School of Mines.

From the Colorado School of Mines, Nazem earned his Ph.D. and holds a master’s in civil engineering, underground constructions and tunnel engineering. He also earned a master’s in rock mechanics engineering at the University of Tehran and a bachelor’s in mining engineering at the University of Kerman. In 2019, he obtained certification as an NHI-Certified Tunnel Inspector. Nazem has published numerous industry papers and case studies on the developments and innovations within the tunneling industry.

HNTB established its Seattle office in 1960, but the firm traces its roots in the region back to 1912, when the Columbia River Interstate Bridge between Portland, Oregon, and Vancouver, Washington, opened. The bridge was designed by John Lyle Harrington, a partner in HNTB’s predecessor firm, Waddell & Harrington. HNTB has grown to employ more than 200 professionals in the region who help play a role in planning and delivering high-profile transportation infrastructure projects across the state and around the country.