You are at:Home»News»International News»New Life for Old Tunnel in Norway 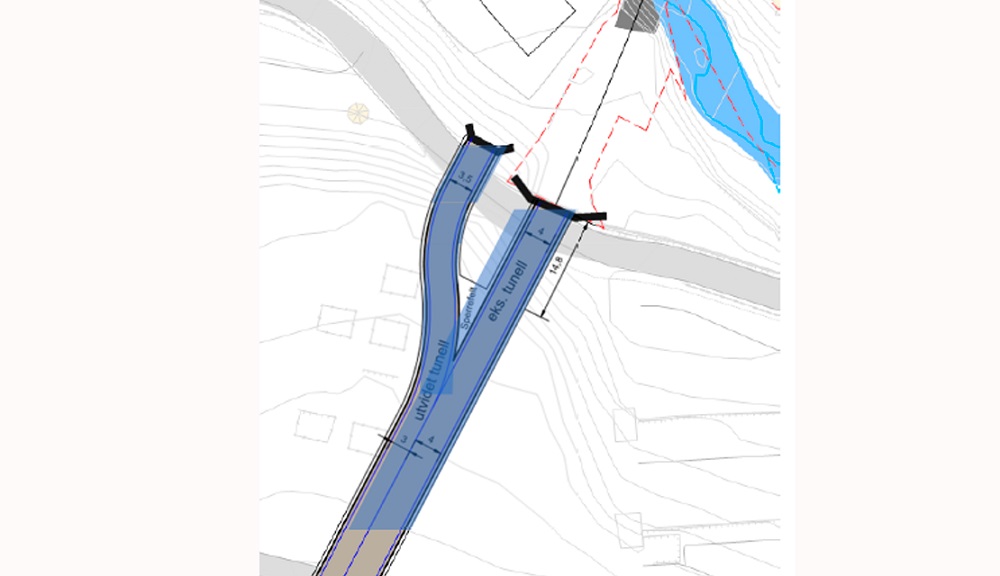 In the western part of Norway lies Bergen, the second-largest city of the country. Even though it is raining almost 240 days per year, lots of the city’s inhabitants like to take a stroll in the town or ride a bicycle. Therefore, it is no surprise that in the course of the extension of the light rail system in Bergen, an old rail tunnel is refurbished and made fit for pedestrian and bicycle traffic. Amberg, together with its partner Multiconsult, is responsible for the design of a new tunnel which will intersect with the existing rail tunnel.

Around 500 metres long is the old rail tunnel between Fløen and Kronstad. It is situated under a protected burial ground and was formerly used for freight transportation. Besides the rehabilitation and upgrading of the existing rail tunnel, another access tunnel will be built to intersect with the existing one. From the intersection onwards, the existing tunnel will be widened to host space for both pedestrians and cyclists.

Amberg is in charge of the design for the new, 30-meter-long access tunnel in soil as well as the profile widening from the junction onward to the soil and rock interface. In total, the project includes a soil tunnel, refuge siding cavern, profile widening, conversion of the existing tunnel and rehabilitation of the protected stone portal.

“Bringing together an existing and a new infrastructure, creating a new opportunity for urban transportation means, is very exciting. I look forward to this project which is making Bergen even more attractive for its citizens as well as its guests,” says Per Olav Perus, Assistant Project Manager at Amberg.

The first part of the Bergen light rail system opened back in 2010. Since then, two more expansion phases in 2013 and 2017 followed. At the moment, the fourth construction phase is going on. The new pedestrian and bicycle tunnel is expected to be completed in 2023 together with the light rail tracks to Fyllingsdalen.