You are at:Home»News»International News»New Section of the Big Circle Line Launched in Moscow 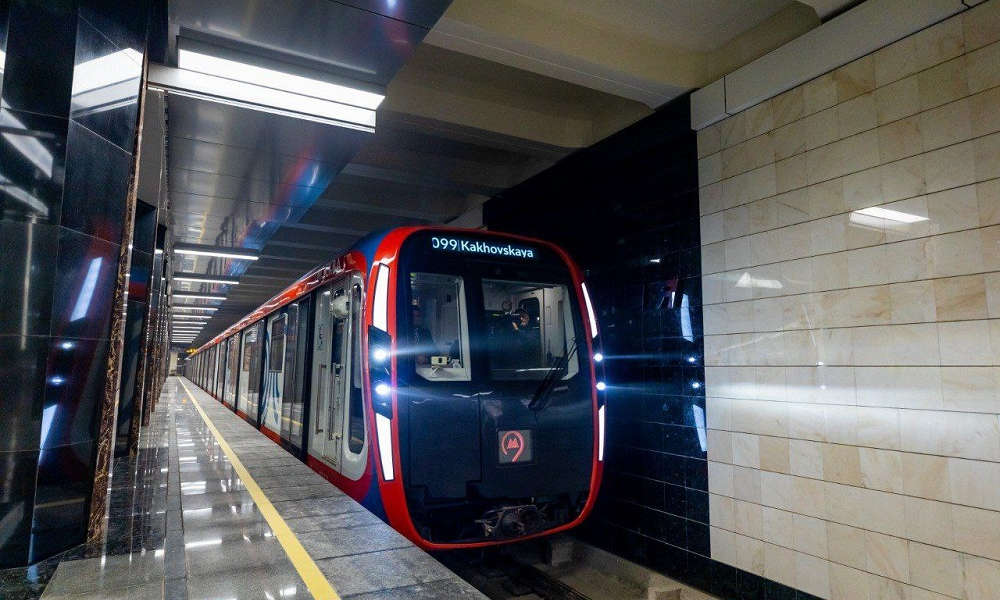 On Dec. 7, 2021 the President of the Russian Federation Vladimir Putin (via the videoconference) and the Mayor of Moscow Sergey Sobyanin opened a section of the Big Circle Line of the Moscow Metro in the South and West of the city. The section includes the following stations: Terekhovo, Kuntsevskaya, Davydkovo, Aminyevskaya, Michurinsky Prospekt, Prospekt Vernadskogo, Novatorskaya, Vorontsovskaya, Zyuzino and Kakhovskaya.

This launch is a huge event for the city. Since 1935, for the first time 10 stations were opened in Moscow at once. The new section will be more than 21 km long: it is the longest section in the history of the Moscow Metro launched for passengers at the same time.

10 new BCL stations will improve the accessibility of transport for residents of 11 districts of the city with 1.4 million residents. Almost 450,000 people will have the BCL stations near the house. Thanks to the new metro section, passengers will save 35-45 minutes of travel time daily.

The Big Circle Line is the largest project implemented with the direct involvement of the Mayor of Moscow. The full launch of the BCL is planned in late 2022 – early 2023, the loop line will have 31 stations. The full launch of the BCL will simplify the movement of 3.3 million Moscow citizens living in 34 districts. The BCL will be the longest metro loop line in the world. Its length is 70 km, which is 3.5 times longer than the existing Line 5 (the Circle Line) and a quarter longer than the Beijing loop line (Line 10) – so far the global leader in terms of length.