You are at:Home»News»International News»Robbins EPB Caps 62 km of Tunneling with Final Breakthrough at Emisor Oriente 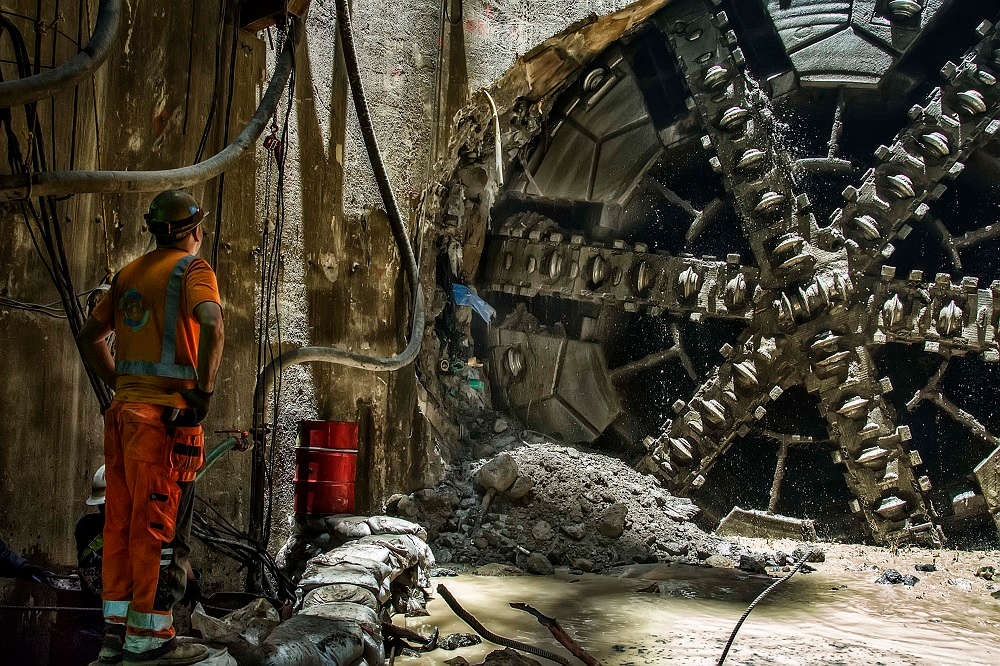 “We are proud of having successfully finished the excavation, despite all the adversities we faced, such as large inflows of water, hydraulic loads and constant changes in geology. We solved these by adapting the excavation mode according to each type of geology found,” said Hector Arturo Carrillo, Machinery Manager for Lot 4 contractor Carso Infraestructura y Construcción (CARSO).

Despite multiple challenges, the operation achieved a project record of 30 m (98 ft) in one day, and a high of 528 m (1,732 ft) in one month. It’s a result that, Carillo says, has much to do with the continuous conveyor system being used for muck removal. 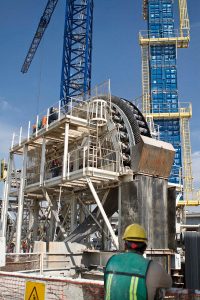 “It should be noted that our advance rates were achieved thanks to the great Robbins conveyor design,” he said. “The tunnel conveyor was composed with elements such as the booster, vertical belt, curve idlers, and advancing tail piece, as well as elements on the surface. Personally, I think it is a great, admirable system that has helped us achieve the TBM’s performance.”

The breakthrough was the latest and greatest milestone for an urgently needed wastewater project that spanned some of the most difficult geology ever encountered by EPBs. The 10.2 km (6.3 mi) long Lot 4, running from Shaft 17 to Shaft 13 at depths of up to 85 m (280 ft), included sections of basalt rock interspersed with permeable sands with high water pressure.

“Our machines had to go through the worst geology, but they were designed for it,” said Roberto Gonzalez Ramirez, General Manager for Robbins Mexico, of the three Robbins EPBs and continuous conveyor systems used on Lots 3, 4, and 5 of the project.

All of the machines were designed for water pressures from 4 to 6 bar, with mixed ground, back-loading cutterheads to tackle variable ground conditions. High pressure, tungsten carbide knife bits could be interchanged with 17-in. diameter carbide disc cutters depending on the geology. Other features included man locks and material locks designed to withstand pressures up to 7 bar, a redesigned bulkhead, and Hardox plates to reinforce the screw conveyors as well as removable wear plates to further strengthen each screw conveyor flight. The rotary union joint was redesigned to improve cutter change times during cutterhead interventions, while a new scraper design offered more impact resistance in mixed ground conditions with rock.

The Lot 4 TBM was assembled in the launch shaft No. 17 and commissioned in August 2012, with the bridge and all the back-up gantries at the surface. Two months later in October 2012, after advancing 150 m (490 ft), the machine and its back-up were completely assembled in the tunnel. One month later, the continuous conveyor system was installed and running. 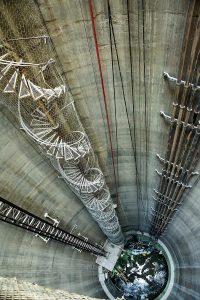 “The interventions carried out in atmospheric mode were the biggest challenge. The great influx of water tested the limits, because we were excavating on a decline. In all of these interventions we had to implement a double pumping system, at both the TBM and the shaft,” said Carrillo.

Despite the challenges of pumping water at volumes up to 180 l (48 gal) per second and cleaning fines from the tunnel each time the operation was performed, atmospheric interventions were still lower in cost and quicker than those done at hyperbaric pressure.

Even when conditions were tough, Carrillo felt his operation was well-supported by Robbins Field Service: “Robbins were always present giving ideas and contributing all their experience to solve the problems. One of the most recent examples, almost at the end of this project, was where the machine encountered a blockage to the shield and could not move forward. It became necessary to implement the exceptional pressure hydraulic system, reaching a pressure range of 596 bar on 28 thrust cylinders. Robbins personnel helped us during all that time and we were able to get through it.”