You are at:Home»Featured Stories»Robbins TBM Launches at Jefferson Barracks Phase 2 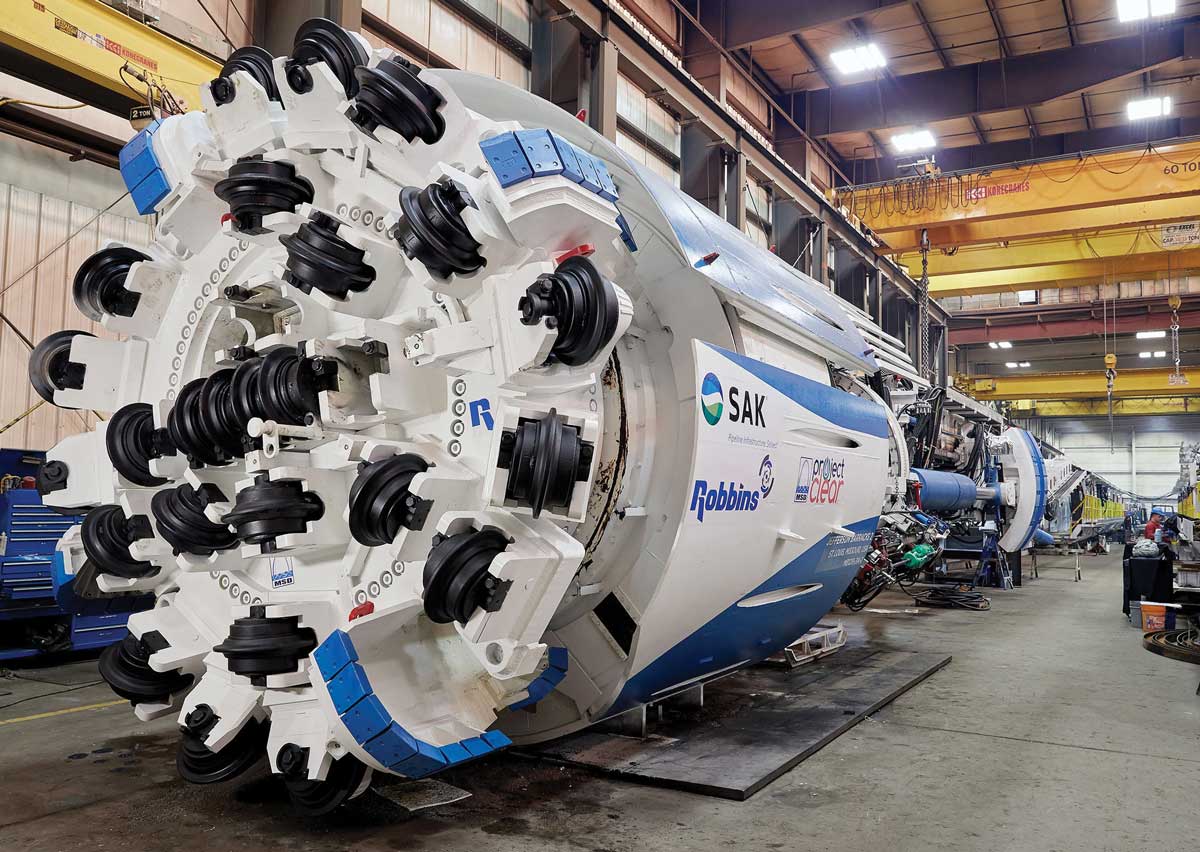 “The overall design of the machine is a good fit for our project, not only for the mining aspect but also for the capability to run two probe drills in multiple locations around the TBM,” said Brotherman Bragg, Project Superintendent for SAK Construction. “The challenges I anticipate during tunneling are mostly related to ground conditions. The area that we are tunneling in has a potential for karst features. The probe drills are our lifeline and with the two probe drills on the machine, I believe that we will find out what’s in front of us before we get there, giving us the ability to take care of potential problems.” 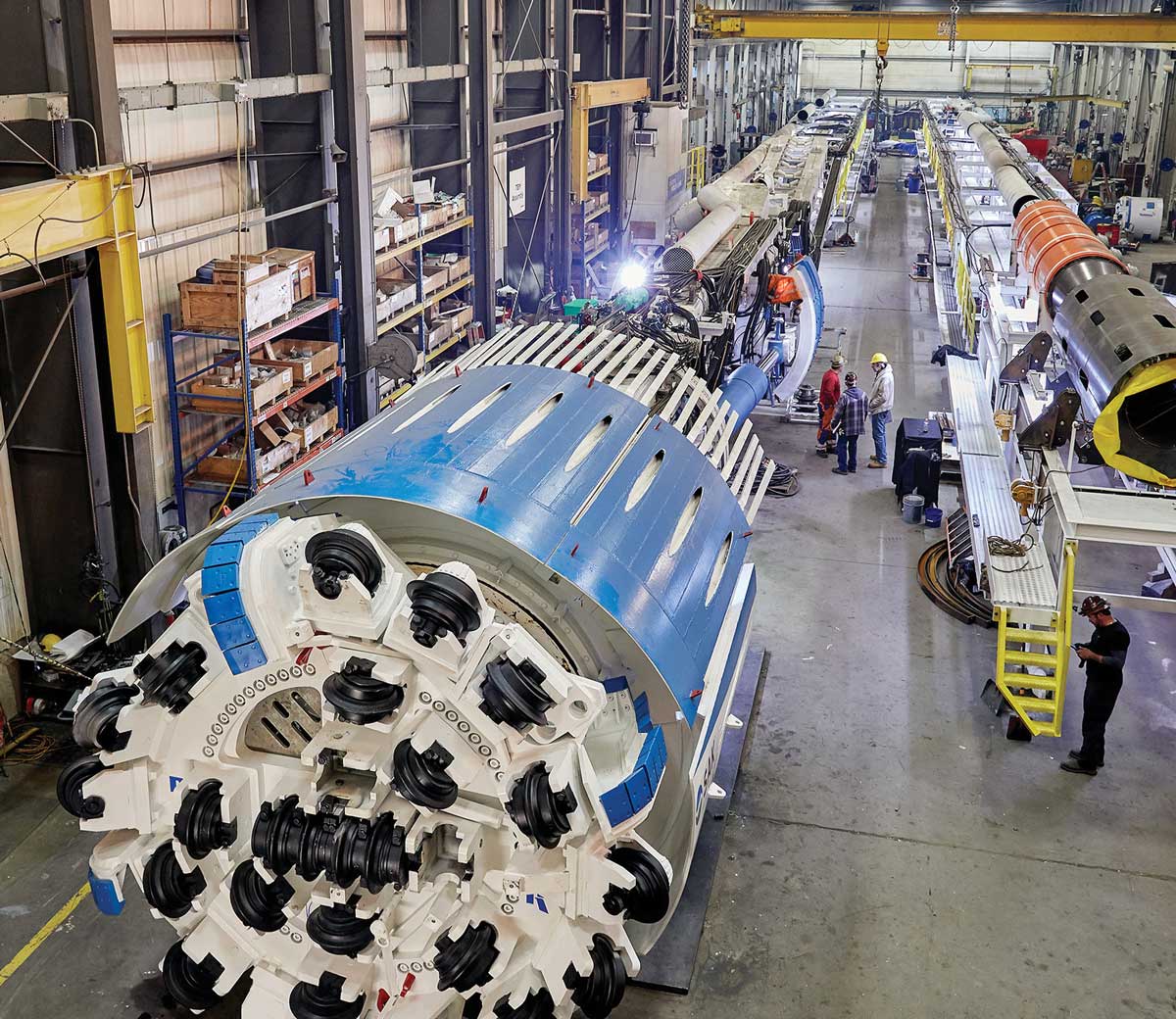 During Phase 1 of Jefferson Barracks, a rebuilt 3.35 m (11.0 ft) diameter Robbins Main Beam TBM hit challenging conditions about 2,400 m (7,900 ft) into tunneling. The machine encountered a large vertical feature along with flowing and unstable ground that required the TBM to remain in place. While various options including ground freezing were considered, they were ultimately deemed infeasible.

A 62 m (205 ft) deep recovery shaft and 60 m (200 ft) long adit were built to stabilize the area and remove the machine in what would be an intensive and ultimately successful undertaking. After recovery of the machine, SAK Construction turned to Robbins for a solution to bore the remaining tunnel in what would become Phase 2 of the project.

SAK and Robbins agreed to do extensive in-shop testing of the new, larger TBM to ensure there would be no unnecessary delays on site. The TBM was ultimately delivered a couple months late due to both COVID-related matters and the additional in-shop testing. SAK operational personnel and Robbins personnel were heavily involved in final assembly and testing procedures. 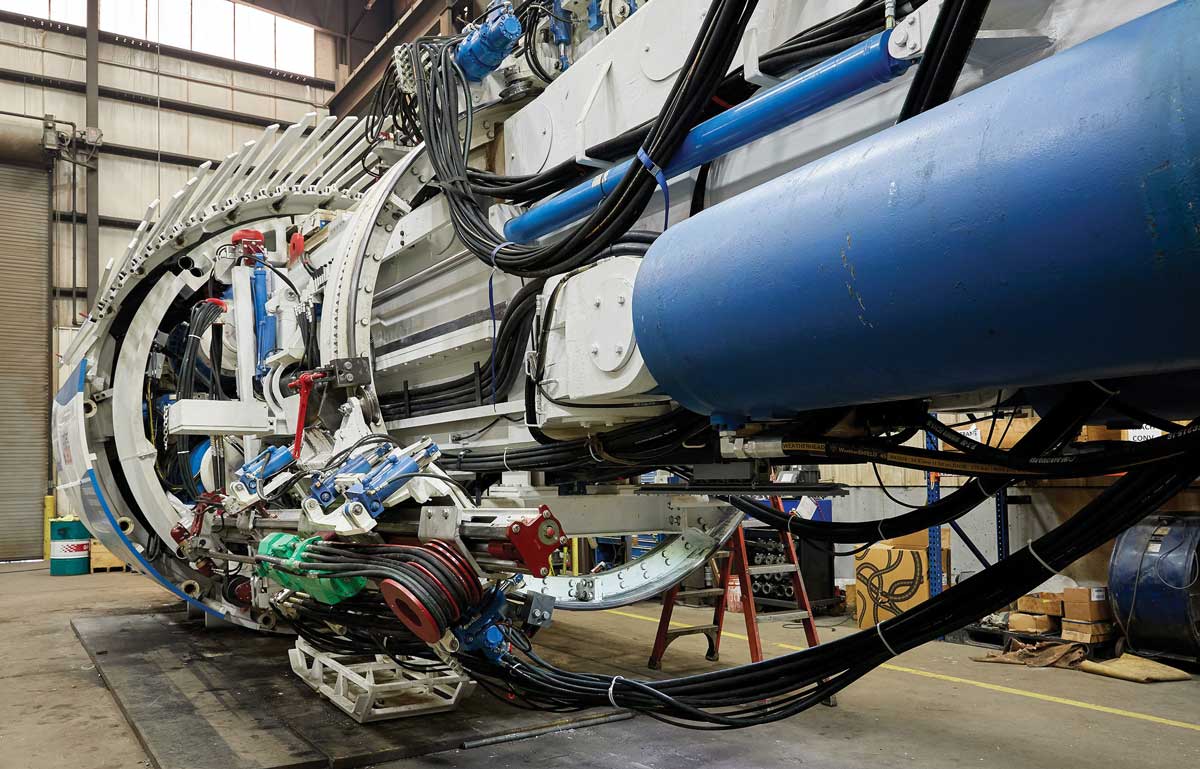 The customized Robbins TBM is designed to detect karst and other underground features, with enhanced 360-degree probe drilling capabilities, as well as versatile ground support options.

After arriving in St. Louis, the TBM was swiftly assembled and launched from the recovery shaft.
“The Robbins Field Service techs have been excellent in their support, helping us assemble the machine, and troubleshoot the machine. Our challenges during the assembly and launch from the shaft were minimal – this is the fastest and most efficient assembly we’ve ever had on a machine. We assembled the TBM in four weeks, which was a huge hurdle,” said Bragg.

“The overall design [of the TBM]is very functional and thus far in the early stages it seems to be mining very well,” continued Bragg. “So far, I’m very pleased with the machine and with the technicians.” Early indications were good, with the machine advancing 21 m (70 ft) in its first two shifts after launch.

The Jefferson Barracks project is a key component of MSD Project Clear, a massive USD $6 billion program undertaken by the Metropolitan St. Louis Water District to target water quality and wastewater concerns in the city and surrounding areas. The 5,400 m (17,800 ft) long, 2 m (7 ft) internal diameter Jefferson Barracks tunnel runs parallel to the Mississippi River and extends to the Lemay Wastewater Treatment Plant located at the confluence of the River des Peres and the Mississippi. The tunnel is slated for completion in Autumn 2023.