You are at:Home»Featured Stories»Robbins’ TBM Sets Speed Standard in Indianapolis 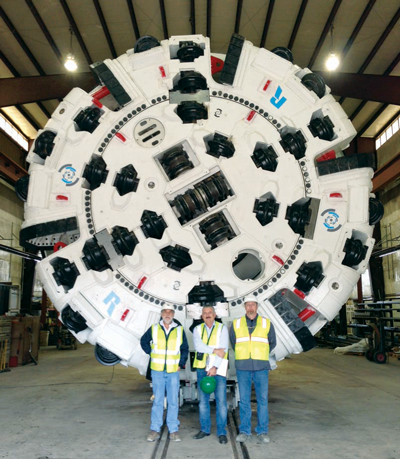 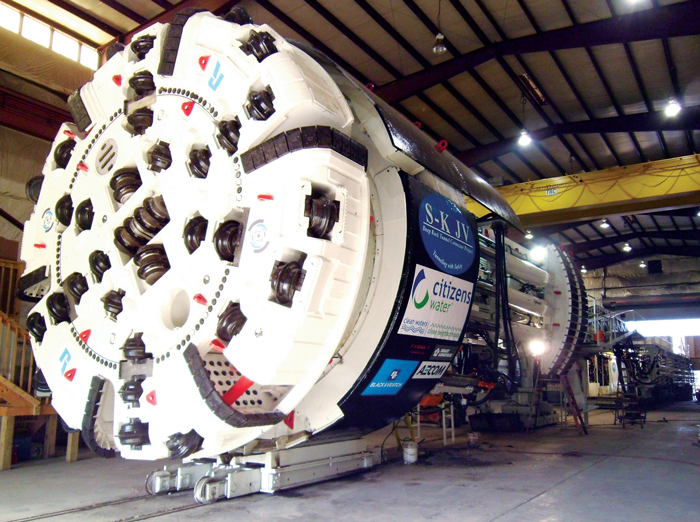 The fast rate is just one of many triumphs for the 6.2-m (20.2-ft) Robbins Main Beam TBM operating at the Indianapolis Deep Rock Tunnel Connector (DRTC). The veteran machine was originally built in 1976 and used on multiple projects, most recently on the Second Avenue Subway Project in New York City. The robust TBM has been rebuilt multiple times.
The machine, owned by the Shea/Kiewit JV contractor, was refurbished and redesigned in Cleveland, Ohio, and Mt. Pleasant, Pa. Its latest rebuild included a fitting with variable frequency drive motors and new components including a back-loading cutterhead with 19-in. disc cutters and rescue chamber. 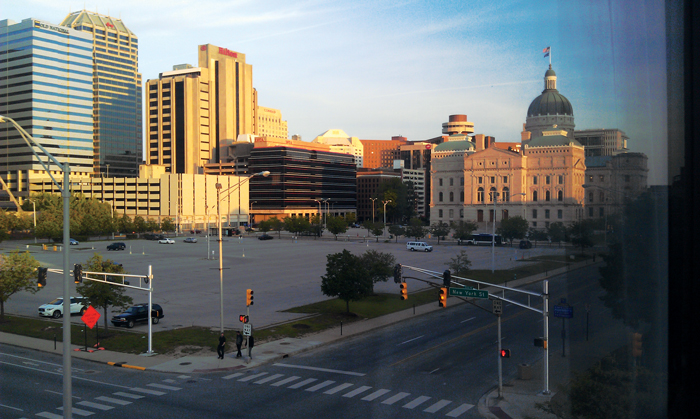 Project Background
The TBM was launched in early 2013 and began its excavation in limestone and dolomite rock. Muck removal is being achieved with a Robbins continuous conveyor system including both horizontal and vertical belts hauling muck up a 76-m (250-ft) deep shaft.

Once complete, the DRTC will be lined with unreinforced concrete, making the finished diameter 5.5 m (18 ft). Cleaner water is the ultimate goal of the city’s new DRTC, which will include in its scope four shorter tunnels that will be added on afterward. The tunnels for project owner, Citizens Energy Group, will all be more than 60 m (200 ft) below ground. Aecom is the tunnel designer. 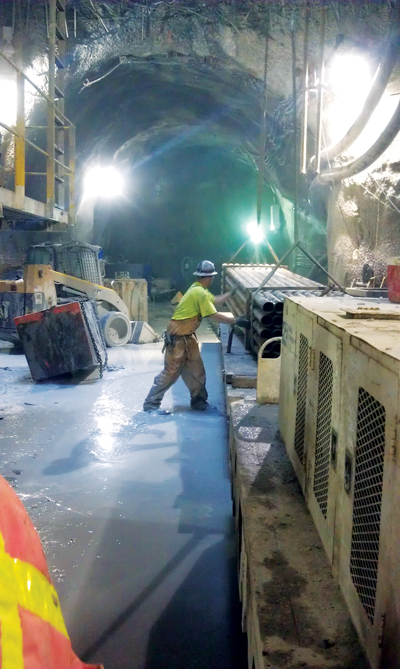 The long-term control plan is part of a consent decree with the U.S. EPA and Indiana Department of Environmental Management that is to be completed by 2025. When completed, the program will improve water quality and protect public health in the Hoosier State’s capital and beyond by capturing, storing and conveying sewage and stormwater to treatment plants. Currently, rains as little as a quarter of an inch can inundate sewers and discharge untreated waters into the environment.

The overall tunnel storage system will extend approximately 25 miles, beginning near the Indiana State Fairgrounds in the north and running to the Southport Advanced Wastewater Treatment Plant on the south side of town. The system will extend along Fall Creek, White River, Lower Pogues Run and Pleasant Run. The completed system, which ranges to more than 200 ft below the surface, will store 250 million gallons of sewage and stormwater during rain events.