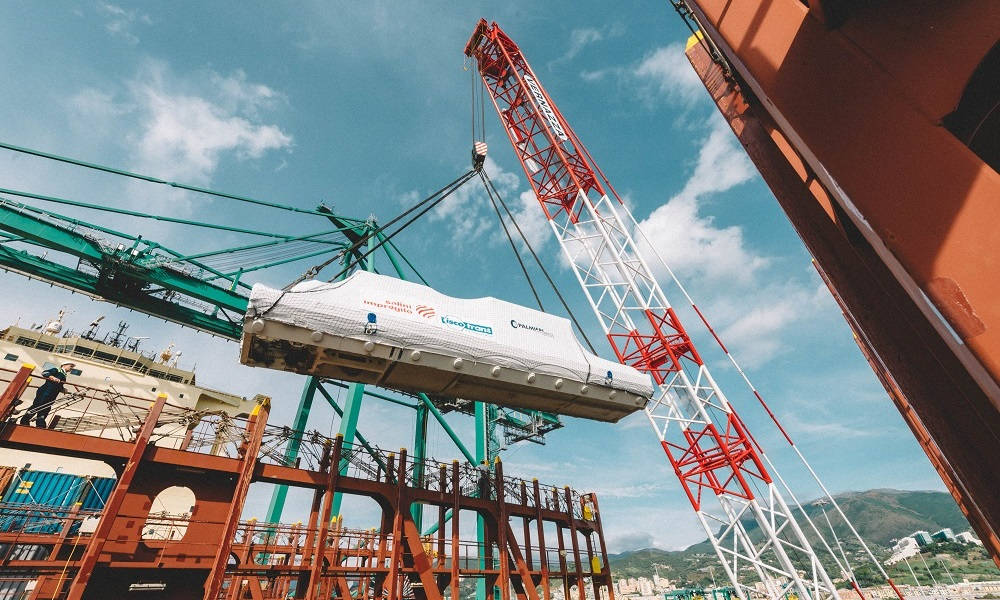 Salini Impregilo is nearing the completion of the mechanized excavation of a nearly 12 km long outfall tunnel under the River Plate in Argentina. It will mark an important milestone for Lot 3 of the megaproject conceived by the government to clean up the Matanza-Riachuelo Basin in Buenos Aires. The next phase will be even more challenging as it will require the utilization of a “Made in Italy” prototype that is being shipped to the Argentinian capital.

From the port of Genoa, Salini Impregilo has sent in two separate shipments the disassembled parts of what has been named riser jacking equipment built by Italian civil engineering company Palmieri according to a conceptual design by the Salini Impregilo. It is an example of the kind of partnership to create innovative solutions for challenging projects throughout the world that can be expected from Progetto Italia, the industrial plan launched by Salini Impregilo to consolidate the Italian construction industry to compete better in international markets together with the supply chain.

The two ships, which were loaded in late October, will arrive in Buenos Aires at the end of November.

Once assembled, the whole equipment will weigh 200 tons and will be 70 m long, 3.6 m high and 3.5 m wide. The equipment will be used along the last 1.5 km of the tunnel to install a series of steel tubes that will rise up crossing a series of soft ground formations until reaching the bottom of the River Plate.

Once the project is fully completed, the sub-fluvial tunnel will allow for the diffusion of wastewater treated at a new plant and will serve to improve the conditions of the Riachuelo River. Fisia Italimpianti of the Salini Impregilo Group recently won the contract for Lot 2, which foresees construction of the plant. The project is part of a broader plan financed by the World Bank for the sustainable development of the Matanza–Riachuelo Basin and cleaning up the waters considered some of the most polluted in the world.

The project reflects how Salini Impregilo’s business model follows the principles underlining the Sustainable Development Goals set by the United Nations. The model is two pronged: supporting clients in the construction of infrastructure to improve the well-being of communities, and contributing to their social and economic development.