You are at:Home»News»Stantec Announces New Leadership for Infrastructure Business in 2020

Stantec has announced a fresh leadership group for its Infrastructure business as of January 2020. Susan Walter will be taking over as Executive Vice President, Infrastructure for Stantec’s global operations. Walter’s appointment to the position comes as Stuart Lerner, who has helmed the business for two years, is promoted to Chief Operating Officer, North America.

Infrastructure, which makes up Stantec’s Transportation and Community Development business lines, has grown steadily to make up the largest portion of Stantec’s business, with more than 4,700 professionals working on more than 10,000 active projects on four continents. 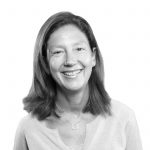 Walter brings 35 years of industry experience to the position and has been with Stantec since it acquired New York City-based Vollmer Associates in 2007. A designated Professional Engineer, she spent the past two years leading Stantec’s Transportation business line for the United States and Canada, including the company’s transit, road, rail, bridge, and smart mobility activities in North America.

“Susan has done a tremendous job running Stantec’s transportation business,” said Stu Lerner, Chief Operating Officer, North America. “In her capable hands the business executed projects of all sizes, while hitting profitability targets across the board. Her experience will serve all of Infrastructure well as we continue to grow our business.”

Walter’s signature projects include the Long Island Rail Road expansion, a project that will add a third track to the busiest commuter line in the United States; Atlantic Yards, a US$1 billion-plus transit-oriented development project in Brooklyn, New York; New York City Transit’s South Ferry Tunnel and Terminal; and the US$850 million State Highway 288 Toll Lanes Project in Houston, Texas.

“This is a really exciting time for our Infrastructure business at Stantec,” Walter said. “From smart mobility and smart cities to coastal resilience and widespread transit investment, we’re working on some really innovative projects that are, or will be, transformative for our clients and their communities. I’m honored to lead an extremely talented group of people as we enter a new era of transportation and development.” 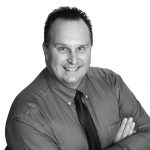 Brian Norris, Regional Business Leader for Transportation in the Western United States, will now lead Stantec’s Transportation business line in the United States and Canada. A certified Professional Engineer and an MBA graduate, Norris has been a respected project manager and business development leader for 30 years. His work includes the Honolulu Authority for Rapid Transportation East Section CE&I II project in Hawaii and the Metro Crenshaw/LAX Corridor Extension.