You are at:Home»News»STV Welcomes Roberts as VP, Engineering Chief for Tunneling and Geotechnical Engineering 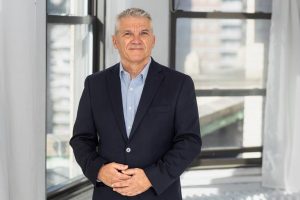 STV, a leader in engineering, architectural, planning and program and construction management services, announced Barrie Roberts has joined the firm as vice president and engineering chief for tunneling and geotechnical engineering. In this role, Roberts will support various infrastructure initiatives with an emphasis on developing innovative and cost-effective solutions for the design and construction of tunnels and other underground structures.

“Barrie’s extensive experience spans domestic and international projects and diverse methods of project delivery and includes tunneling programs conducted in both soft ground and hard rock,” said Frank Pepe Jr., P.E., STV senior vice president and national director for tunneling and geotechnical engineering. “We are building an unparalleled team of underground leaders, and Barrie’s expertise will surely benefit our group and our clients.”

Prior to joining STV, Roberts held leadership positions on major project teams in New York such as Second Avenue Subway Phases 1 and 2 and the No. 7 Subway Line Extension, both for Metropolitan Transportation Authority New York City Transit, and the Gateway Program between New York and New Jersey for Amtrak.