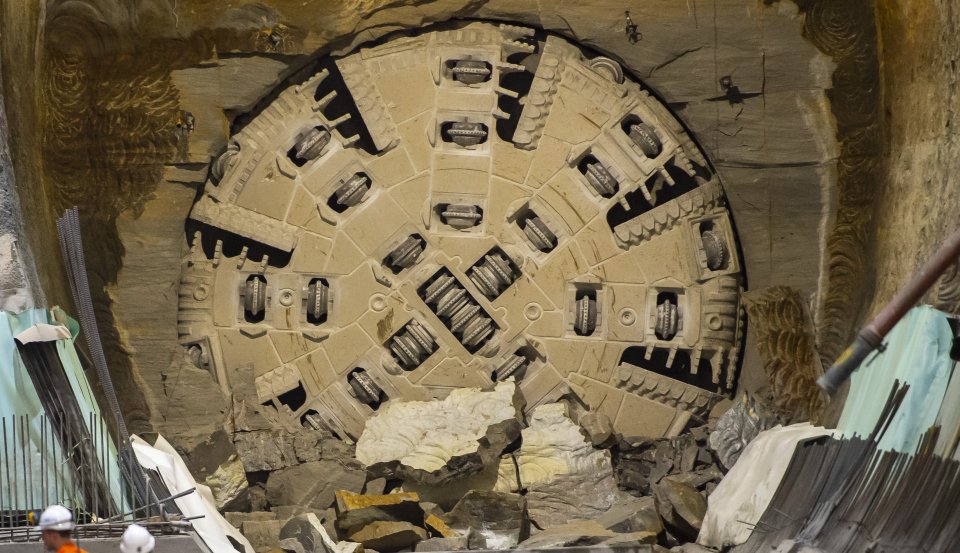 Tunnel boring machine (TBM) Mabel has broken through a wall of rock into the new Victoria Cross Station in North Sydney as part of the Sydney Metro program.

Mabel has excavated about 450,000 tonnes of sandstone and shale – enough to fill about 69 Olympic swimming pools – to reach the largest cavern on the project.

The huge cavern at Victoria Cross is 40 per cent bigger than both the cavern being built at Barangaroo and the cavern built 25 metres under Castle Hill on the new North West Metro.

It took about 12 months to excavate about 360,000 tonnes of rock to create the large cavern under Miller Street.

TBM Mabel will undergo maintenance before being moved to the southern end of the cavern to prepare for the final 1.7-km leg of the journey to the edge of Sydney Harbor, from where she will be removed from deep underground at Blues Point.

When complete, the new tunnels will link the recently opened North West Metro Line at Chatswood through to the new Sydney CBD metro stations at Barangaroo, Martin Place and Pitt Street.