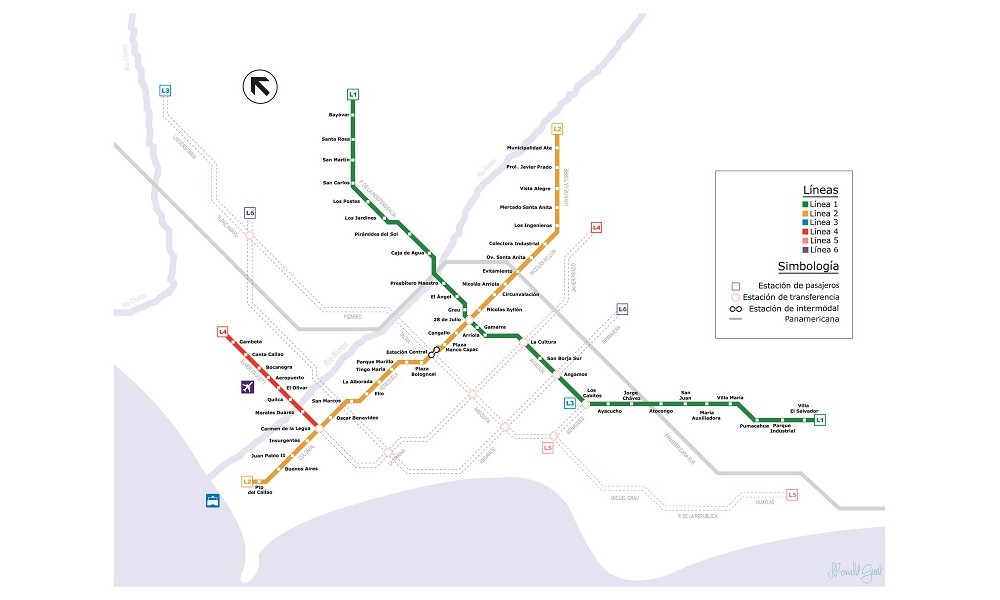 Delia, the first tunnel-boring machine (TBM) to excavate beneath the city of Lima, Peru, has completed the first section of a tunnel that will connect two stations for Line 2 of Lima’s metro. The breakthrough was celebrated at an event with Peruvian President Pedro Castillo in attendance.

The project, which Webuild is building in consortium with local and European partners, is part of a contract in which the civil works are worth $3 billion. The works include the excavation of a 27-kilometre tunnel to connect the ATE and Callao districts, and the construction of a section of another planned metro line called Line 4. These two new lines for the city’s metro system will improve mobility across the city, one of the most congested in the world. They will allow for the transport of more than 1 million people a day through 10 districts, reducing commuting times between ATE and Callao from two hours to only 45 minutes.

President Castillo, accompanied by Transport Minister Juan Silva, emphasized the project’s social impact with its expansion of the metro system, which at the moment has only one line – Line 1, an elevated structure unable to reduce traffic and air pollution in the city.

“In this first section, five trains with six cars each, (with each car able to transport up to 200 people) will be put into service. Hence, with capacity at 100 percent, each train will be able to transport 1,200 passengers. People will have a faster commute, increasing their productivity and improving their income.”

Delia, named after the first Peruvian woman to earn a degree in mining engineering at the Universidad Nacional de Ingenieria (National University of Engineering), has a diameter of 10.27 meters and together with a second TBM, will contribute to the construction of 35 stations, 36 ventilation and emergency shafts and two train depots.

The breakthrough occurred at the future Circunvalación Station after excavating 720 meters.

Webuild is among the world’s 10 leading groups in sustainable mobility. It is involved in the construction of some of the most complex metro lines, including those in Doha, Qatar; Sydney, Australia; and Paris, France with the Grand Paris Express. In Italy, it is working on the M4 line in Milan and Line C in Rome. The Group has a track record of more than 13,600 km of rail and metro lines. It is behind iconic works like the Stazione dell’Arte (Art Station) in Naples and innovative stations of the Cityringen line in Copenhagen, Denmark.