You are at:Home»News»International News»Webuild Starts Work on Lot H41 of Brenner Base Tunnel 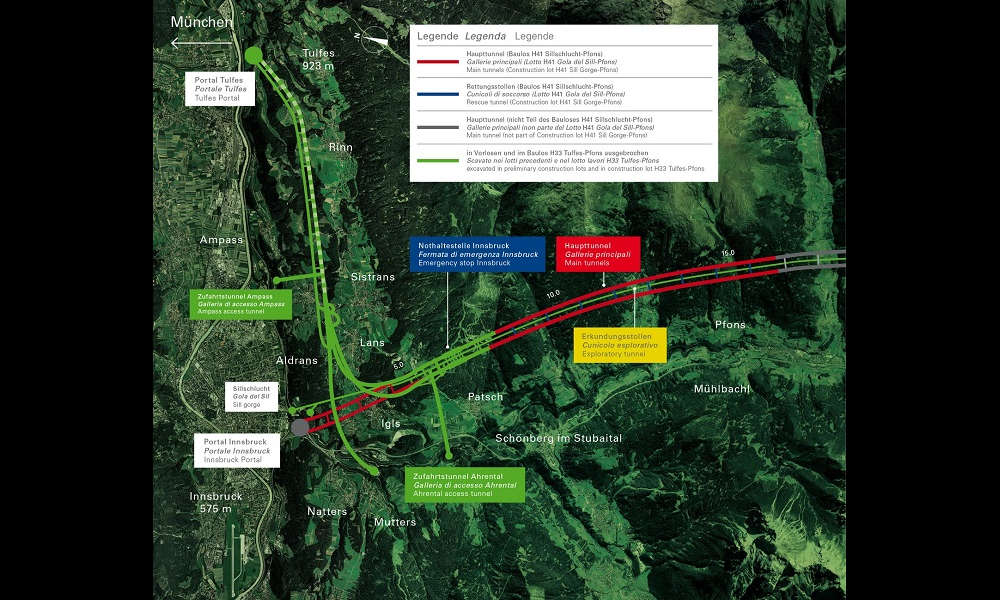 Work began on Lot H41 Gola del Sill-Pfons of the Brenner Base Tunnel in mid-January 2022. The contract, worth €651 million, was awarded to Webuild, member of the joint-venture, last November. It will create 400 direct jobs. This new large project is in Austria, one of the countries that enters into the commercial strategy that the Group has been pursuing for a number of years, focusing on low-risk markets that are rolling out infrastructure development plans.

Webuild and its Swiss subsidiary CSC Costruzioni are taking part in the project with a 50% stake in the joint venture that will do the construction. Implenia has the other 50%. The client is BBT SE, a European public limited company created for the development of the railway tunnel between Italy and Austria under the Alps, the Brenner Base Tunnel.

The tunnel will become the longest railway tunnel in the world at 64 kilometres. Webuild is already working on the construction of other lots of this project such as the Isarco River Underpass and Mules 2-3 after having completed Lot Tulfes-Pfons. Webuild is also working on the railway between Fortezza and Ponte Gardena south of the tunnel.

The new Lot H41 foresees a section of the Brenner Base Tunnel in Austria and consists in the construction of the railway from Gola del Sill near the city of Innsbruck in the north to the town of Pfons located further south. The contract includes a total of 22.5 km of main tunnel tubes and 38 cross passages with a total length of about 2.3 km, in addition to the lining of the walls of already completed tunnels, an underground emergency stop at Innsbruck, access tunnels, exploratory tunnels and parts of other secondary tunnels.

Two tunnel-boring machines, among the most sophisticated in the sector, with a diameter of more than 10 metres will be used for the mechanized method of excavation. The design of the project focuses on the environmental sustainability of the project during construction: the logistics of the work sites are designed to reduce travel times for the transport of materials, and measures to reduce dust and noise are foreseen.

The Brenner Base Tunnel is crucial for Europe. It will be a key part of the Scandinavian-Mediterranean Corridor of the Trans-European Transport Network (TEN-T) that will connect Helsinki in Finland and La Valletta in Malta. It also plays an important role in connecting Italy and Austria with a high-speed/high-capacity railway.