You are at:Home»News»The Boring Company Greenlighted for Ontario Airport Tunnels 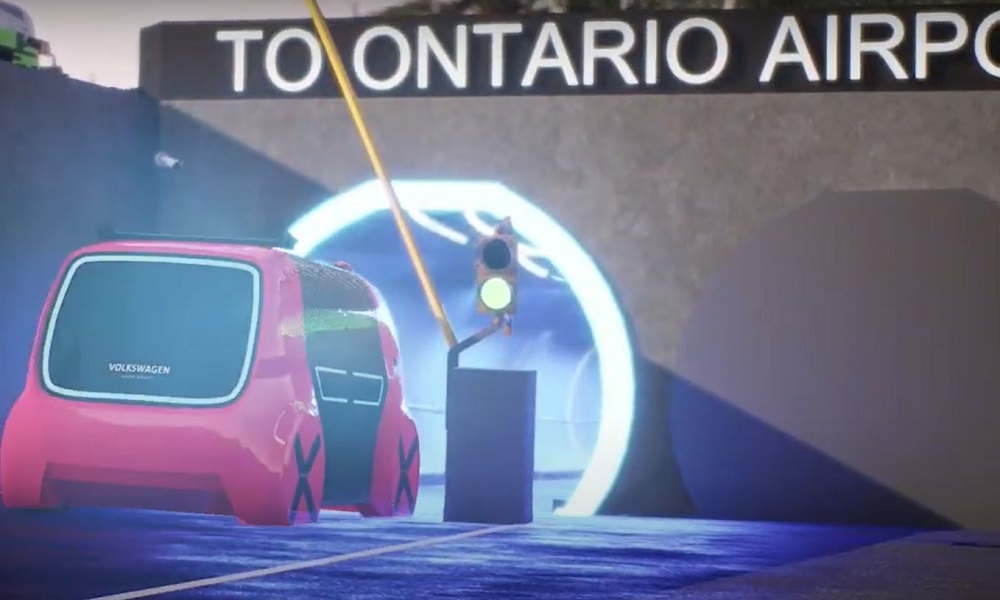 The San Bernardino County Transportation Authority has accepted a proposal by The Boring Company to build an underground transit connection between the existing Rancho Cucamonga Metrolink station and Ontario International Airport (ONT).

According to the Feb. 3 release by SBCTA, The Boring Company was the only company to respond to a recent Request for Qualifications (RFQ) to build the nearly four-mile tunnel, which will connect Metrolink’s busiest line with the nation’s fastest-growing airport three years running. The subterranean transit system would shuttle thousands of passengers per day between the Rancho Cucamonga station and the airport using zero-emission vehicles.

The action follows the recent awarding of a contract to HNTB for construction management services. Completion is expected within 48 months.

“The Ontario Airport Loop project represents an innovative, cost-effective and sustainable approach in meeting the mobility needs of one of the most robust population and economic centers in the United States,” said Curt Hagman, Chairman of the San Bernardino County Board of Supervisors.

It was Hagman’s vision for a tunneling project that led SBCTA to investigate the feasibility of such a project and, ultimately, to issue the RFQ.

“ONT is one of the aviation industry’s greatest success stories and a critical economic driver for our region. We need to take steps now to ensure that we can adequately handle our continued long-term growth and avoid the kinds of congestion issues that have become a significant problem for other airport communities,” said Alan D. Wapner, Mayor pro Tem of the City of Ontario, President of the Ontario International Airport Authority Board of Commissioners and a Past President of SBCTA.

SBCTA has projected total costs of the project around $85 million – a fraction of what it would cost to build an above-ground rail or light rail connection.

The Boring Company, founded by Elon Musk and headquartered in the Los Angeles area, has built two tunnels nearly a mile long underneath the Las Vegas Convention Center as part of a people mover system. Similar to the concept at ONT, the Las Vegas project envisions shuttling passengers via autonomous electric vehicles.