You are at:Home»News»The Boring Company Selected to Build and Operate O’Hare Express 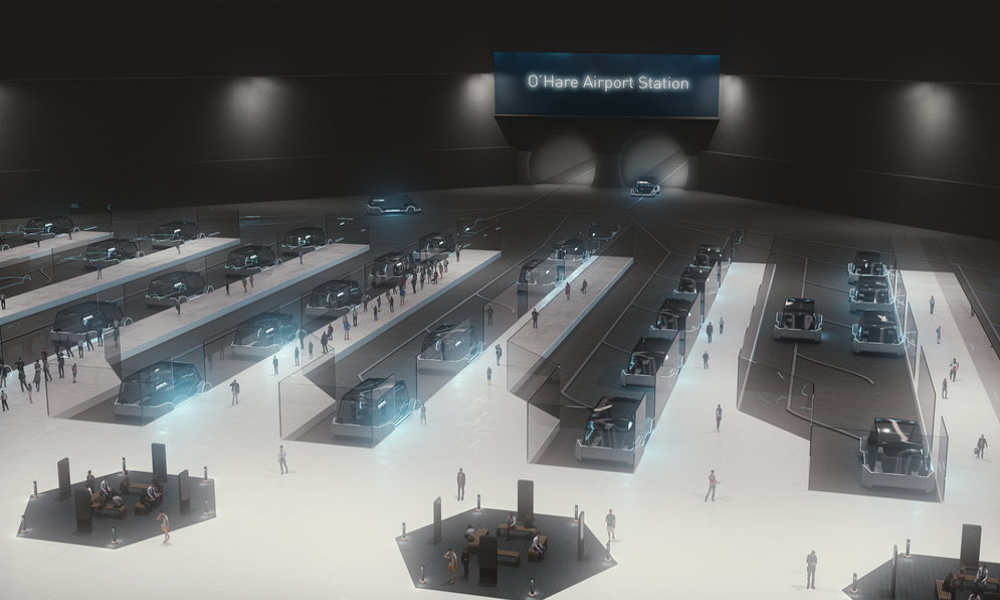 The Boring Company has been selected by the Chicago Infrastructure Trust (CIT), on behalf of the City of Chicago, to design, build, finance, operate and maintain an O’Hare Express service. The Chicago Express Loop will provide fast and convenient transportation between O’Hare Airport (Terminals 1-3) and Block 37 in downtown Chicago.

According to The Boring Company website, the company “aims to alleviate soul-destroying traffic by constructing safe, affordable, and environmentally-friendly public transportation systems.”

The plan is to create a high-speed underground public transportation system in which passengers are transported on autonomous electric skates traveling at 125-150 mph. The skates will carry between 8 and 16 passengers each.

According to NBC Chicago, the approved plan will utilize new twin tunnels to traverse the 17 miles between downtown and the airport in just 12 minutes. The alignment will be posted this summer, according to The Boring Company website.

The RFP specified that the O’Hare Express Service should include a downtown station, an ORD station as well as maintenance facilities. Travel corridors may be above or below ground. Service level goals are travel times of 20 minutes or less with service frequency of at least every 15 minutes for the majority of the day. Premium service fares must be reasonable and less than the cost of current taxi and ride-share services. Any proposal must also address how potential impacts on existing transportation systems and the environment would be avoided or minimized.

The RFQ and RFP stipulated that the O’Hare Express Service will be funded and financed entirely by the developer.

The express service stands to offer a myriad of benefits to the City, travelers, and residents: providing a faster commute between the airport and downtown; helping to mitigate congestion on the region’s roadways; fostering economic growth, and creating jobs throughout the lifetime of the project. The current total daily number or air passengers traveling between ORD and the Chicago Central Business District is approximately 20,000 and is forecast to grow to at least 35,000 daily air passengers in 2045.