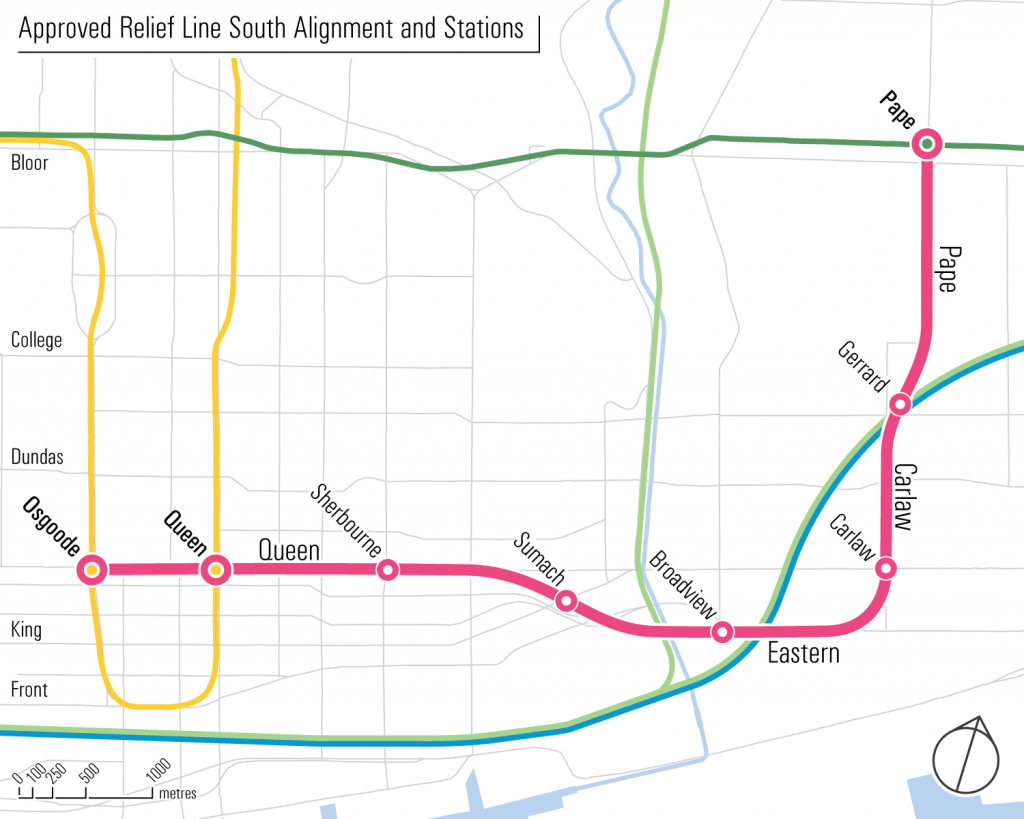 The Toronto Transit Commission (TTC) intends to procure metro size Tunnel Boring Machines (TBMs) for the twin bored tunnels for the proposed Relief Line South (RLS) subway transit line, according to the commission’s website. TTC will make these TBMs available for the tunneling contractor who will be responsible for TBM operation and maintenance.

The TTC is requesting an Expression of Interest (EOI) from entities interested in the design, fabrication, and providing technical and maintenance support during the construction of tunnelling activities for the TBMs.

The purpose of this Request for Expression of Interest (RFEOI) is to gauge interest in the TBM procurement and gather information for the development of the contracts. Responses to the RFEOI will i) provide feedback from potential proponents to help develop the contract, and ii) provide a basis for further questions and identify participants for the subsequent Market Sounding exercise.

While submission of an EOI is not a prerequisite for participating in the eventual procurement process for the TBMs, interested entities are encouraged to submit an EOI with detailed comments.

The request was issued April 9 and has a closing date of May 9.

The proposed Relief Line South is a 7.5km long subway line that will connect the Yonge-University-Spadina Subway (Line 1) downtown to the Bloor-Danforth Subway (Line 2) at Pape Station. The Relief Line South will help to relieve crowding on Line 1 south of Bloor, at the Bloor-Yonge Station, and on the surface transit routes coming in and out of downtown, according to the website’s project page.

The project includes eight stations, including two interchange stations connecting to Line 1 at Osgoode (University Avenue) and Queen Stations (Yonge Street), and an interchange station connecting to Line 2 at Pape Station (Danforth Avenue). There will be two intermodal stations providing connections to the proposed Gerrard-Carlaw and East Harbour SmartTrack stations. Stations will also have connections to surface routes to provide transfers to local buses and streetcars.

The subway is proposed to be constructed using twin bore tunnel technology.

The Relief Line South – referred to as the Ontario Line by Ontario Premier Doug Ford – is part of a $28.5 million plan to expand the provinces transit network. The RLS/Ontario Line is expected to cost $10.9 billion. According to a report in urbantoronto.ca.