You are at:Home»News»Tunnel Excavation Works Completed on Northeast Boundary Tunnel 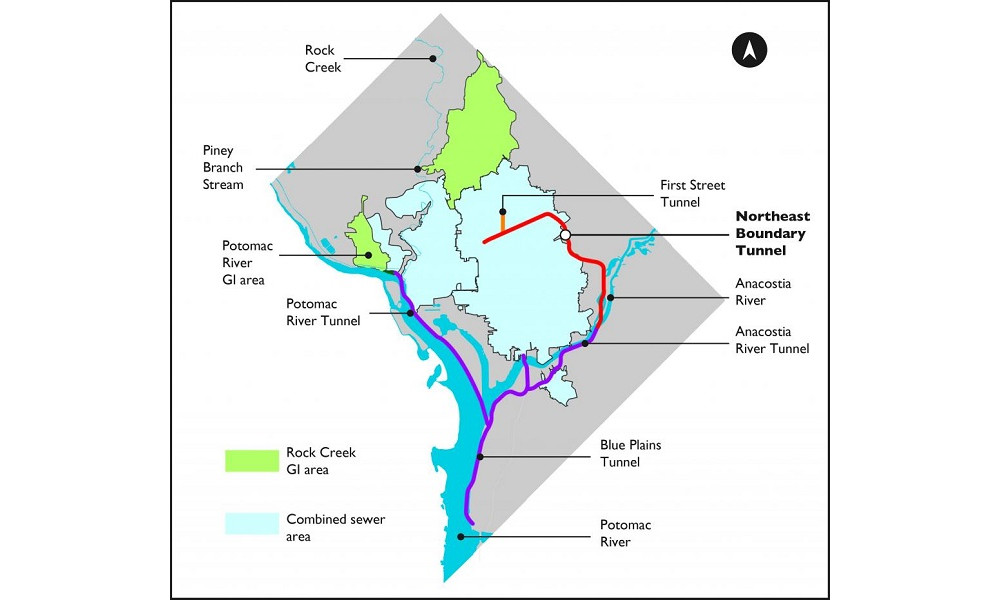 A new milestone was reached by the Webuild Group and its JV subsidiary Lane as the tunnel excavation works of its Northeast Boundary Tunnel (NEBT) environmental sustainability project in Washington, D.C., is now complete.

The NEBT project is valued at $580 million. A major part of DC Water client’s “Clean Rivers” project, in Washington, D.C., the project will increase the capacity of the city’s existing sewer system, also reducing the frequency, force and impact of the floods. It will, therefore, improve the water quality of the Anacostia River, in this large American city. With the breakthrough at the R Street shaft, the TBM “Chris” has now completed the tunnel that will be used to collect raw water, after an intense year of work, from the only other crossing of the W Street shaft. Activities on the construction site continued during the health emergency phase, as the Group adopted extraordinary safety measures on its construction sites, as did all open construction sites around the world.

The NEBT tunnel has a 7 m inside diameter and an approximate length of 8.2 km, and extends underground from the Robert F. Kennedy Stadium to R Street, NW near downtown D.C. The Anacostia River Tunnel is also part of the “Clean Rivers” project. It stands as one of the largest and most complex recent works carried out in the United States, by the Group, in the clean water business area, supporting clients to build works that protect and safeguard the environment. Lane also recently inaugurated another project that belongs to the clean water sector: The “MudHoney” TBM will, in fact, excavate the water storage tunnel for the Ship Canal Water Quality project, in Seattle, Washington. The project will prevent millions of liters of polluted stormwater and wastewater.

Webuild is globally committed to building water treatment plants, desalination plants and hydraulic tunnels: all works that provide drinking water in areas suffering from water scarcity, also safeguarding large areas in the event of extreme weather conditions. The Group furthermore intends to make its know how also available in the United States, participating in the huge national infrastructure investment plan, therefore contributing to the post-Covid-19 economic and employment recovery. Webuild is also ready to contribute to sustainable development in Italy – where it is now even stronger thanks to Progetto Italia, the consolidation operation of the Italian infrastructure sector, which integrated Astaldi – in view of the next €2.8 billion investments in water infrastructure, as announced by the Draghi government, and part of the broader €83-billion-plan, which also includes sustainable mobility interventions, safety measures and port works.