You are at:Home»News»Tunneling Begins on Eglinton Crosstown West Extension 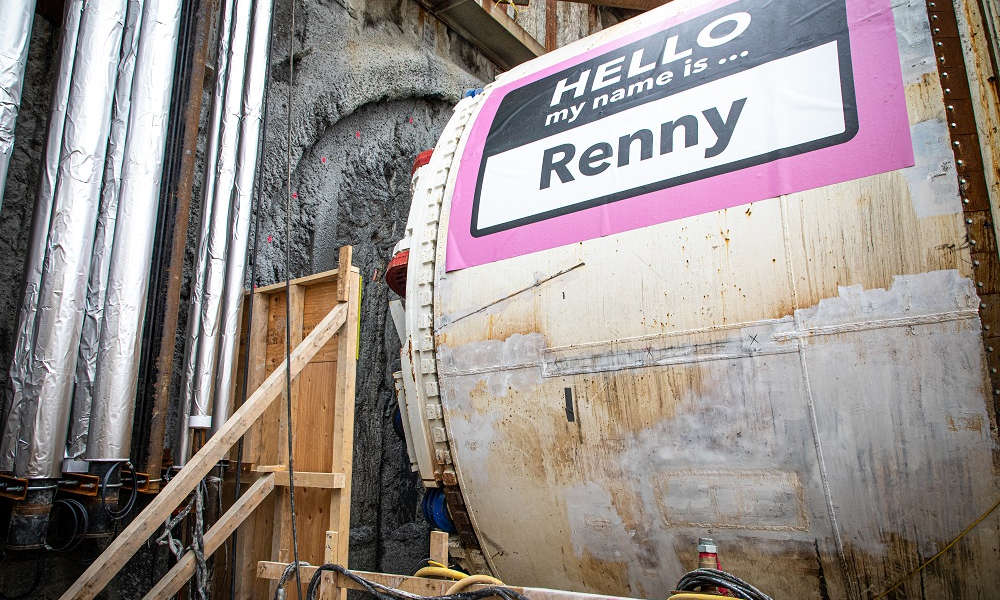 Rexy and Renny, the two tunnel boring machines (TBMs) for the Eglinton Crosstown West Extension, are starting their biggest journey yet. After travelling across the globe – from the Herrenknecht factory in Germany to a port in Hamilton, Ontario, before arriving at the tunnel launch site in Mississauga. Now it’s finally time to start digging transit tunnels.

Over the next 20 months, these two massive machines will work 20 m below ground, digging twin tunnels that will stretch over 6 km in length. 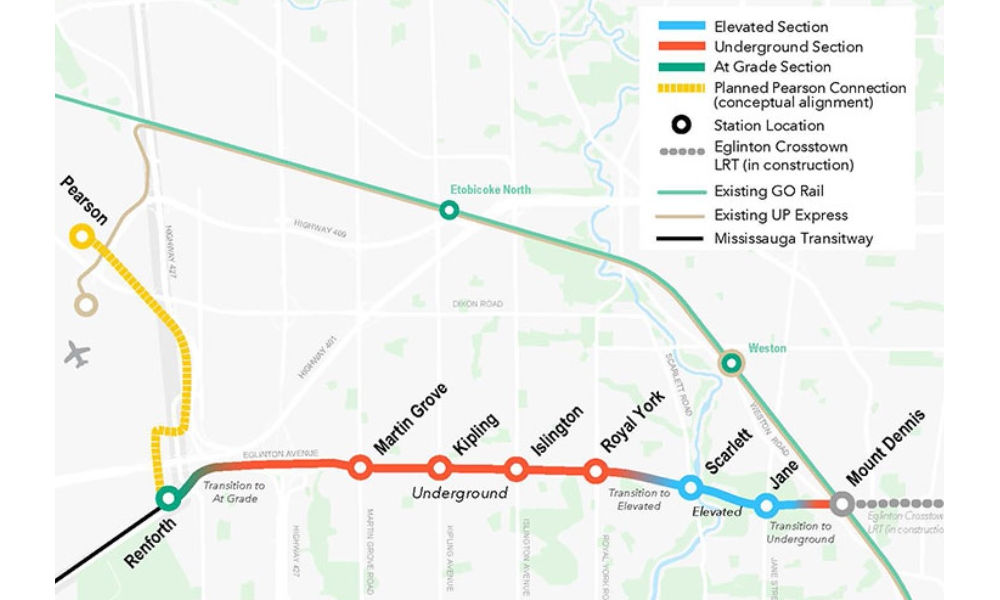 The two TBMs will start digging from the launch site near Renforth Drive and Eglinton Avenue West, moving 10 to 15 m a day as they travel east to Scarlett Road, where they will be pulled out of the ground.

There, the route will run along an elevated section of tracks a few hundred meters east of Jane Street, before lowering back into another stretch of tunnels that will be part of another package of work.

Metrolinx is also working with the Greater Toronto Airports Authority and municipal partners to explore plans to further connect the line to Toronto Pearson Airport.