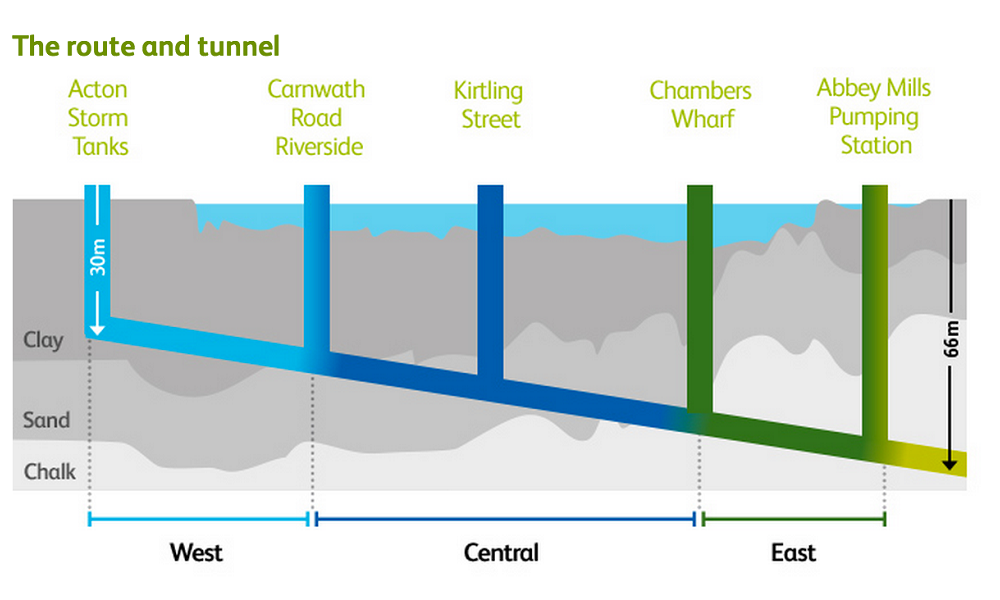 U.K.-based seals and gaskets manufacturer VIP-Polymers Ltd. have increased their involvement in the Thames Tideway project by winning three more contracts to supply their patented Cast-in gasket. These projects are in addition to the central section of the Main Wastewater Tunnel and Beckton shaft and syphon tunnel projects VIP had already secured.

The Thames Tideway Project is required to upgrade the outdated combined sewer system that was built in the 1860s. Originally designed for a population of 2 million, it now lacks the capacity to serve a population nearing 9 million and continuing to grow.

VIP’s patented Cast-in gasket is designed to eliminate cracking and spalling of concrete segments caused by solid corners. Solid corners result from the traditional ‘shot joining’ manufacturing process to join lengths of extruded gasket profile together to form the trapezoid gasket that encompasses the concrete segment.

As the gasket is unable to compress at the corners, higher loads are experienced which can lead to cracks and spalling. VIP’s innovative gasket allows compression performance that is virtually uniform around the entire gasket, ensuring that loads experienced when the segments are closed together do not exceed the specification of the design.

At 8.5 m in diameter (outer), the East section of the main tunnel will connect to the central section at Chambers Wharf and travel 5.5 km East, terminating at Abbey Mills Pumping Station. Gaskets are being supplied to a Max Bogl/Tarmac joint venture, who will cast the gaskets directly into the segments which eliminates the need to glue them in at a later stage.

At depths between 45 and 65 m, this is the deepest section of the tunnel where the ground is predominantly chalk. Due to these conditions, a 35-mm profile is being used to cope with the higher water pressure at the deepest point of the tunnel.

28-mm Cast-in profile will be the gasket used by the same precaster for the 4.6-km Greenwich Connection Tunnel. This 6.1 m diameter (outer) tunnel connects to the main tunnel at the join between the Central and East section and connects to the Greenwich Pumping Station.

Commenting on the projects, Business Development Manager Matthew Levitt said, “It’s great to be involved with all sections of the project from West through Central and in to East. Collaborating with several different stakeholders from the design teams through to the contractors and precasters involved. VIP’s Cast-in system offers greater assurance to the longevity of the structure and reduction in unplanned expenditure on a project.”

The final contract is the Frogmore Connection Tunnel, connecting the West section of the main tunnel to the existing combined sewer overflow, Frogmore Storm Relief-Buckhold Road.

VIP’s 28-mm Cast-in profile will be the gasket used in the 1.1 km of 3.2 m diameter (outside) tunnel. VIP will be supplying gaskets to segment precasters FP McCann with whom they have had previous success on projects including the Glasgow Shieldhall waste water tunnel.

Continuing the working relationship with VIP for the Thames Tideway East and Greenwich tunnels is the Costain, Vinci Construction Grands Projets joint venture (CVB) who were also the contractor for the successful Glasgow Shieldhall project.

Casting for the projects was expected to begin in August.