You are at:Home»News»Webuild Oversees Start of Track-Laying for Perth’s Forrestfield-Airport Link 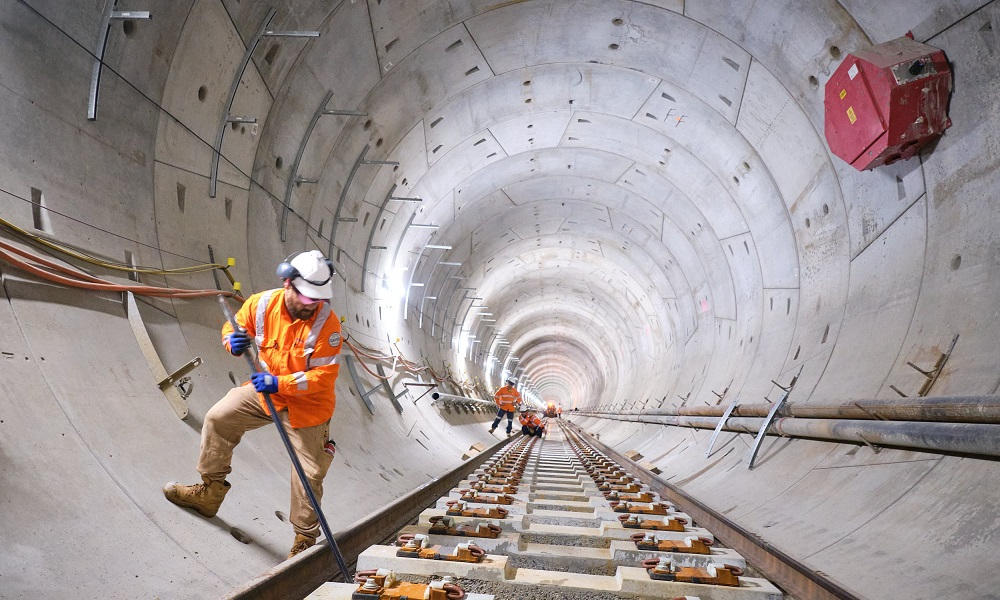 Webuild’s Forrestfield-Airport Link project in Perth, Australia, has achieved a milestone with the laying of the first kilometer of track (Photo courtesy of Webuild Group).

Webuild’s Forrestfield-Airport Link project in Perth, Australia, has achieved a milestone with the laying of the first kilometer of track along the metro rail transit line, designed to encourage people from the eastern suburbs to travel to the city center without their cars, reducing traffic and harmful emissions.

Workers laid the first kilometer of track near the Redcliffe Station, following the completion of tunneling in April.

The project will use 2,400 tonnes of Australian steel for the track and support more than 100 additional jobs for the laying of the track and other rail infrastructure work.

Webuild and its local joint-venture partner, NRW, will have Australian company Martinus Rail lay around 40 km of rail that is needed to form the track in each tunnel and connections near the city center.

Work is also underway to prepare for the installation of the overhead line equipment and the complex systems for communications and signaling.

“We’re at an exciting time for this major infrastructure project – the tunnel-boring machines have finished creating our tunnels, our three new stations are taking shape and tracklaying is now underway,” Transport Minister Rita Saffioti said.

Once completed, the 8.5-km long Forrestfield-Airport Link will allow residents to commute between the eastern suburbs and the center in 20 minutes, each way, versus 45 minutes by car. By encouraging them to leave their cars at home, the service is expected to transport 20,000 passenger trips per day by 2022, potentially take 15,000 vehicles off the roads every day and reduce CO2 emissions.

Webuild is expanding in Australia, a market of great interest for its potential for projects in sustainable development such as mobility and renewable energy. It is working on Snowy 2.0, the largest project of its kind in the country to expand the Snowy Mountains Hydro-electric Scheme.

As a sign of the country’s importance as a market, Webuild submitted during the first half of the year tenders for projects whose combined value was more than double the total for all of 2019.