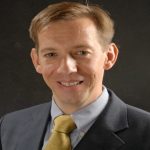 Aldea Services Inc. announced the appointment of Christian Maguire, C.ENG, to the position of Construction Management Director, working from the Columbus, Ohio, office. The firm also announced a name change from Aldea Services LLC to Aldea Services Inc., concurrent with the appointment of Robert Goodfellow, PE, Peng, as President and Paul Headland, P.E., P.G., as Senior Vice President. Goodfellow had previously served as Aldea’s Senior Vice President with Headland as Vice President of Geological Services. Operationally, the company structure and offices around the US and Canada will continue without alteration. 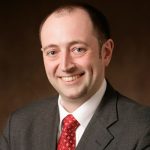 Maguire joins Aldea Services with more than 30 years of tunneling experience around the globe. Maguire’s engineering work has taken him to Australia, Hong Kong, Malaysia, Singapore, Taiwan, Qatar, Saudi Arabia, England and the United States. He specializes in construction management and geotechnical engineering and has extensive experience in construction techniques including NATM, TBM, EPBM, drill and blast, cut and cover and directional drilling in both soft ground and hard rock environments, predominantly in large water, sewer, and rail infrastructure projects. 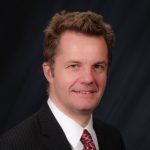 During a career that has spanned three decades and four continents Maguire counts the Riyadh Metro project, for which he served as a Project manager for all TBM tunnel construction, among his favorites. The project was an $11 billion metro using four TBMs of 10.3-m diameter. He had previously worked on the Qatar Metro as construction manager, which had as many as 22 TBMs in operation. Maguire considers TBM segmentally lined tunnel construction a particular area of expertise, which he understands from all angles, including design, client and contractor.

“After a career that has taken me around the world in virtually all arenas of tunnel construction, I feel particularly lucky to be joining a team of like-minded engineers like those at Aldea,” Maguire said.
His experience also includes tunnels for Taiwan High Speed Rail, Singapore Metro, Malaysia LRT, Doha Metro, Dubai DSST and the Channel Tunnel from England to France.

“Christian has vast experience in mega-construction management in a variety of tunneling disciplines. That kind of perspective is a great asset to Aldea’s clients and projects. We are delighted to have him on the team,” Goodfellow said.

“Reflecting on consecutive record years for Aldea Services we look forward to further growth and success in the future,” Goodfellow explained.

“While there may be a slight change to our name and logo, we will remain the same company from an operational perspective,” added Headland.